The following is for entertainment purposes. The views contained within
don’t represent the views of anyone if that wasn’t obvious enough.
Which is usually isn’t. At least one of you will take me very
seriously. In the event that occurs, please feel free to reach out to
me so that I may make fun of you in private, as opposed to in public.
Once again, the following is for entertainment purposes. This is also
not a red herring.

Fellow truth-seekers. There isn’t much time. I don’t know how long this is
going to stay on the main page. An elite group of fellow activists have
strategically placed this just below the relevant content in hopes
that the administrators won’t see it.

But I know you will.

Because you’re enlightened, just like me. Things in Magic have felt
different lately. Hostile. There’s too much controversy and not enough
answers. They call them “conspiracy theories,” but we know better. They
represent the truths that we know to be self-evident, that the deep state
of Wizards of the Coast wants to hide from us, but we know better. The eye
is upon us, believers, but the moment it blinks we’ll all be erased, so we
must be the tear drops of justice and keep that eye open if possible so
that everyone can see what’s really going on.

I’m about to blow the lid off everything, and I need your support. Take it
all in, spread the word, and do so at all costs. When their lies become
truth, our truth becomes obsolete. Believe everything I say, and even if it
sounds crazy, do your due diligence and force the issue until they bend to
our will. We are representative of the humanity they are trying to silence.
We must be fierce and full of gigantic and powerful blood. The blood of
hunters and dinosaurs. You are a T-Rex is the truth.

“Conspiracy” #1- Jace, the Mind Sculptor was Unbanned Because WoTC KNEW
Teferi, Hero of Dominaria was Going to be Better in Modern! 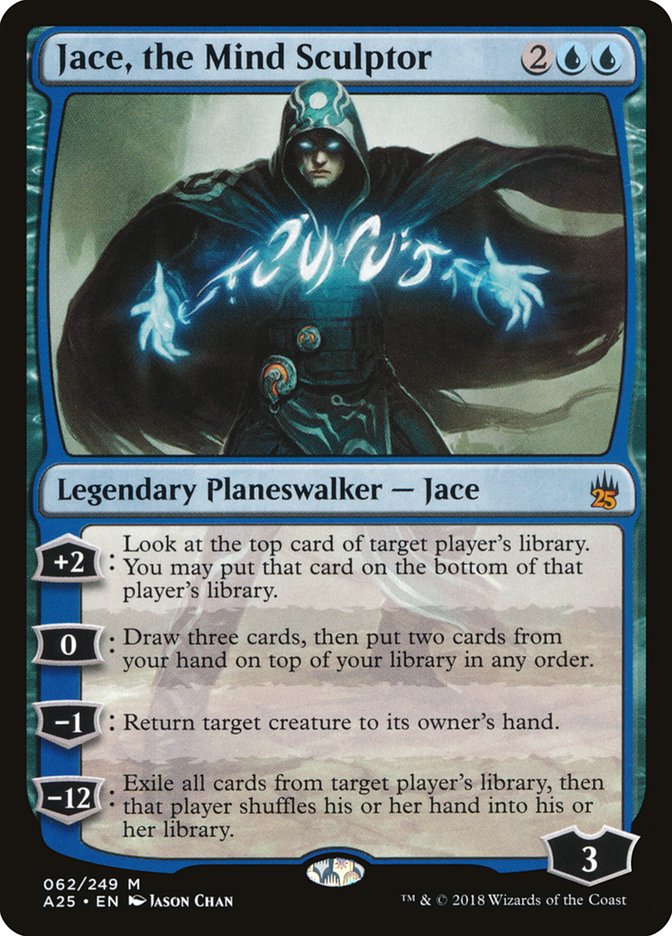 Imagine this scenario, but don’t imagine it as much as believe that I’m
telling you that it’s unequivocally true: Jace, the Mind Sculptor is
unbanned in Modern. The rumblings of this happening caused a swell in
Jace’s price, who went from around $65 dollars to $120 overnight as blue
mages everywhere began slamming copies of the greatest planeswalker of all
time into every deck that played Islands: Scapeshift, Jeskai, U/W Control,
Mono-Blue Tron, and more. Jace is the new hotness and everyone knows it.
Your wallet is screaming in pain. The globalists are sucking your funds
dry, and I assure you they’re laughing. Laughing at you.

Wait. Maybe not everyone is laughing.

On the horizon, only known to some (R&D), Teferi, Hero of Dominaria is
about to make his splash into the world of Magic. It’s clear at first that
he’s a Standard powerhouse, and in no uncertain terms the metagame is about
to warp around him. This planeswalker has everything including huge card
advantage that ups him to a massive five loyalty and an unbeatable
ultimate. More frighteningly, he has two different ways to protect himself:
a -3 that tucks a nonland permanent (including himself) and a +1 that
untaps two lands and allows you to keep counterspells up.

Now hold on a damn minute, globalist scum, you’re telling me that you knew this was coming, and you unbanned Jace anyways?

Jace has been replaced in Modern by Teferi to some extent, or at the least
working with him in tandem. Many top players have completely removed Jace,
the Mind Sculptor from their lists, as evident by Seth Manfield’s second
place finish at GP Toronto a couple weeks ago, where Jace was given the
boot for two Teferi.

I believe the only reason Jace was unbanned was because Wizards knew they
had printed a better planeswalker, and only dangled Jace in front of us
like they were doing us a favor completely understanding that they were
about to unleash something far more treacherous on the masses. I assure
you, your eight-year-old memories of Caw-Blade ruining FNM are going to
pale in comparison to when they play a Terferi, which functionally costs
only three mana, and then Logic Knot your ass when you try to kill it. They
drew a card, too. Teferi is ruining Magic in every format he’s played in.

“Conspiracy” #2- There Are Seeded Packs that are ONLY Given to the
Professionals and THAT’S Why You Haven’t Top 8’d a Grand Prix! 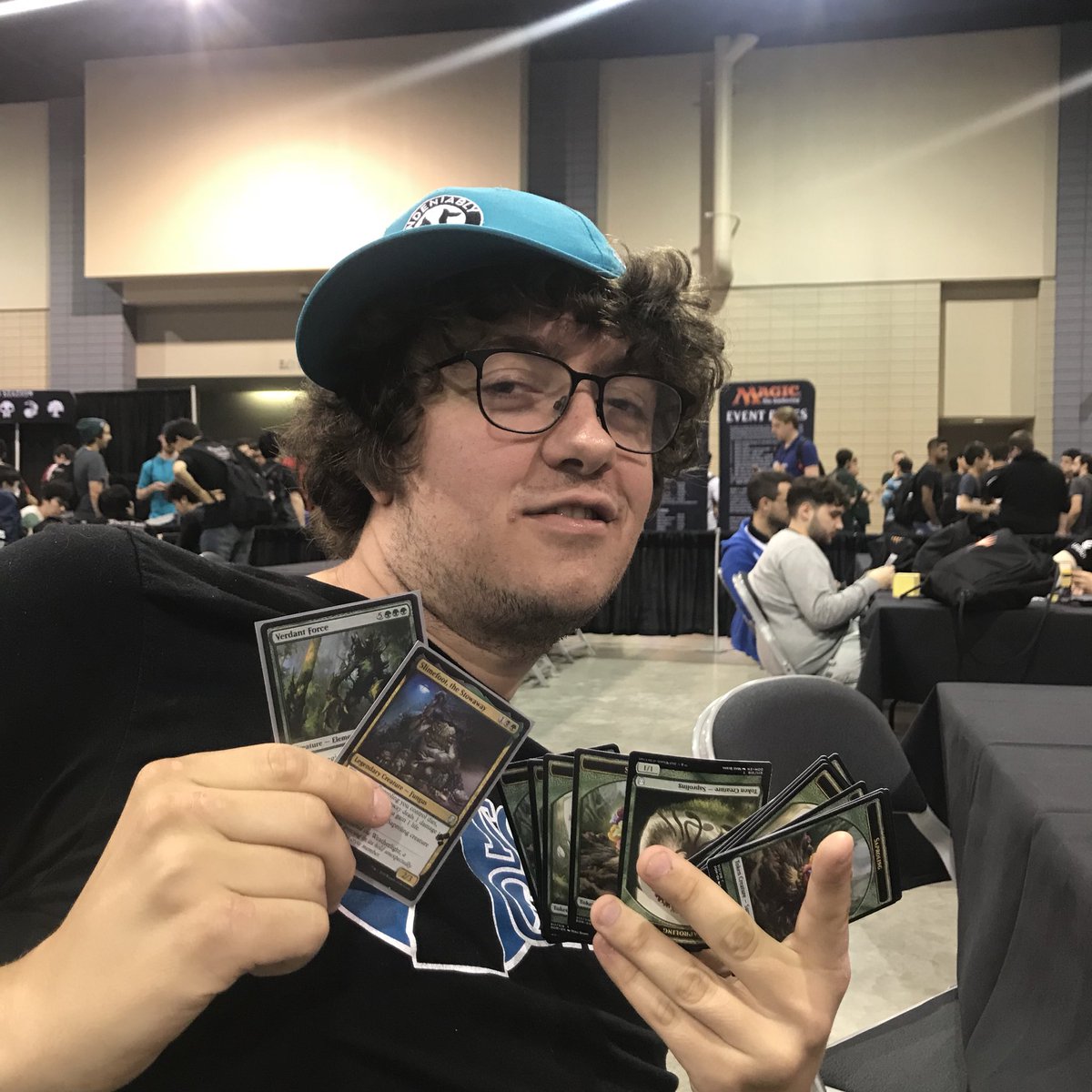 Andrea Mengucci, if that is his real name (spoiler alert: it isn’t),
decided during Pro Tour Dominaria he was going to open not just a
Teferi, Hero of Dominaria but also a Karn, Scion of Urza.

Wait. Hold the hell on, globalists. You mean one of the absolute best
players on the planet (spoiler alert: he’s an alien) opened up not just
one, but two planewalkers? And it’s not like there was a Jaya Ballard in
there either, no. There were the two best cards in the set casually sitting
in his packs! Imagine that, dear readers, that this man was gifted an easy
3-0 if it were anyone piloting his deck.

Do you think it’s a coincidence that the best players in the world are
always Top 8’ing events, or is it something more sinister? Is it possible
that they are being fed seeded packs and sealed pools that give them the
best opportunities to win? Forget all of that “Limited mastery” nonsense
and let’s look at the real reason that you haven’t Top 8’d a Grand Prix or
Pro Tour yet: mischief at card allocation.

You might look at people Craig Wescoe or Alexander Hayne and think they’re
the best of the best when it comes to drafting, and you’d be right, if
there wasn’t a secret cabal shadow cabinet that steps in the minute they’re
going to claim their packs or pools and hands them
preconstructed…constructed decks and then watches in sadistic glee as they
demolish their hapless opponents.

For years you’ve toiled away at Magic Online hoping that practice, reading
draft signals, and understanding Limited card hierarchies would help, but
let me assure you that the only way you’re ever going to do well on a
larger stage of Magic is to infiltrate these cultists and either become one
of them or bend them to your will. It’s a frightening group of vile demons
with fangs and claws and did I also mention that they are globalists?
They’re globalists.

“Conspiracy” #3- A Benevolent Group of Investors are Buying Reserved List
Cards at an Alarming Rate to PROVE to WoTC That They Need to Abolish the
Reserved List! 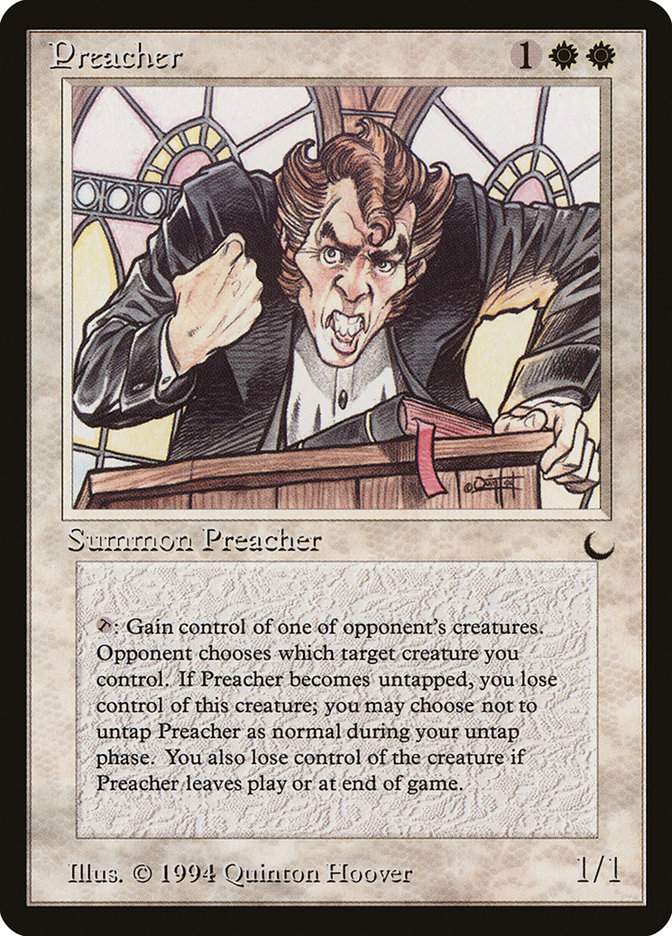 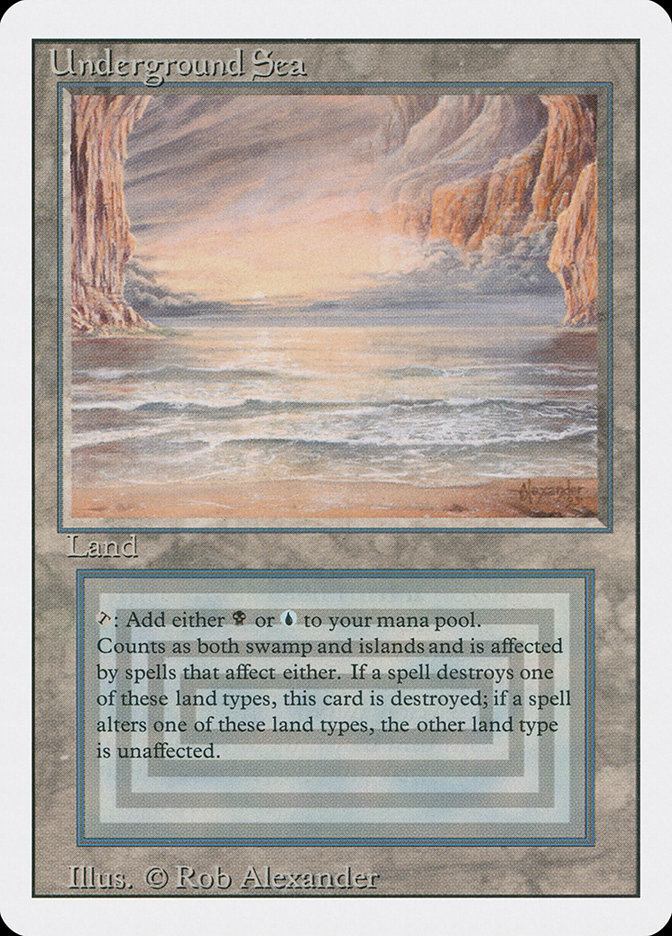 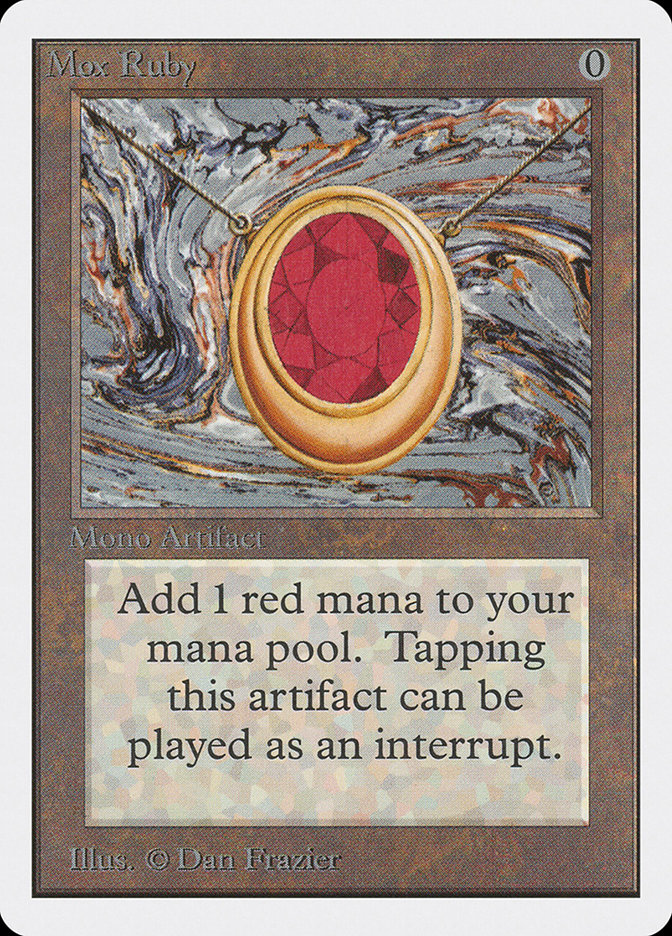 This one is even more terrifying because I have a very, very good source
for this headline. A very credible source.

They wish to remain anonymous.

You might think that there’s a secret group of people who sit around all
day and just wantonly buy up reserved list cards to create an artificial
market, and you’d be right. There is. There are about 10-15 people that
pump tens of thousands of dollars into Reserved List cards every week to
set the prices and make massive profits.

But what if I told you there are some people out there that are doing it
because they truly believe if they make the cards on the Reserve List so
expensive that no one can buy them WotC will be forced to either reprint or
repeal?

It’s more likely than you think.

These freedom fighters, who are attempting to take down the globalists from
the inside, are buying cards like Mox Diamond, Grim Monolith, City of
Traitors, and more and holding them in a brave effort to take as many
copies off the market.

“I feel like my duty isn’t done until the Reserve List is gone,” my source
explained to me over Skype, “and that if we effectively make formats
entirely unplayable WotC won’t have a choice anymore. The complaints will
be so loud and the cards will be so unavailable that they’ll have to get
rid of the RL. Some say it’s a fool’s errand, but if we keep going at the
rate we are you’ll start to see thousand-dollar blue dual lands, and
Legacy’s gateway to entry will be functionally closed. When they repeal,
I’ll be able to break even on all my purchases and get the bulk of my money
back, but we are specifically trying to take Magic away from the rich and
give it back to the players.”

Pick your jaws up off the floor, anti-globalist-reader. This is a real
thing that is actually happening. 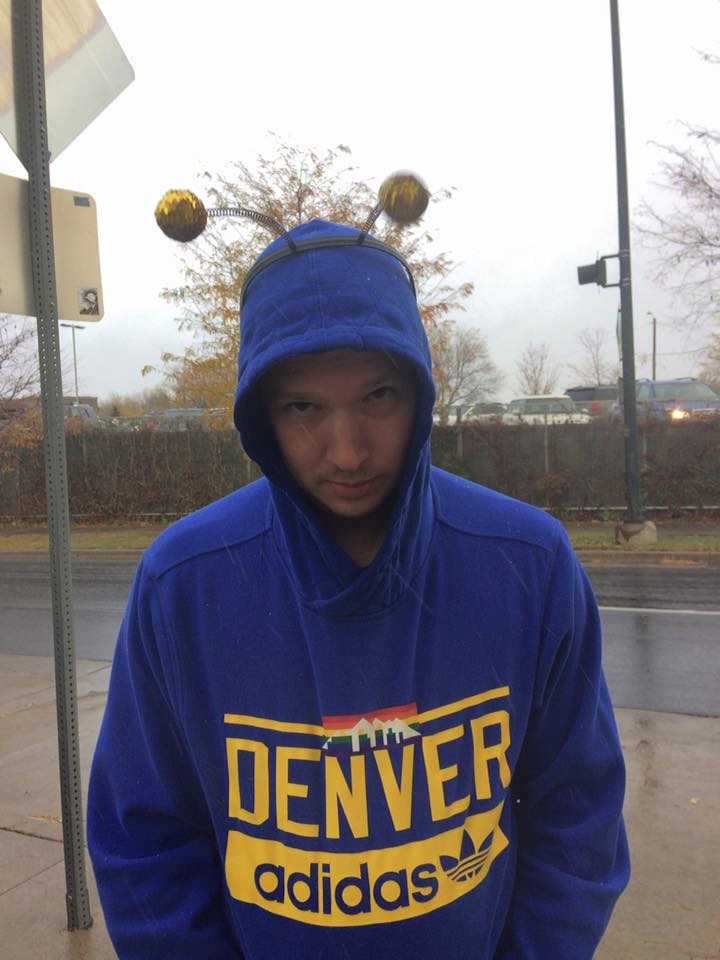 The real Patrick Sullivan, who was a freedom fighter and a patriot, was
removed from his position in early 2016 due to espousing his radical
beliefs during an SCG Tour stop and was promptly replaced by an actor based
out of Kennebunkport, Maine named Harold Humplesoap.

Harold, who was struggling to achieve work in the local stage play scene,
was approached by a one Cedric Phillips about replacing his curmudgeony
partner in what can only be described as a broadcast coup. The original
Patrick or “PSully” as he was affectionately named by friends, was stripped
of his name and rank, and was banished to Colorado under the assumed
identity of a man named Bartholomew Jenkins.

Bartholomew can be seen frequenting his local watering hole while yelling
at various television sets at sports players who cannot possibly hear him.

The hiring of Harold Humplesoap is why Patrick wasn’t seen on various
Twitch broadcasts for several weeks, as he also required extensive facial
reconstruction surgery. From what I am told by insiders, Patrick’s face was
difficult to replicate, and the canceling of the Players Championship was
so that funds could be allocated to the absurdly costly undertaking.

Bartholomew, wherever you are: Godspeed.

“Conspiracy” #5- StarCityGames Tells its Writers What Cards to Hype!” 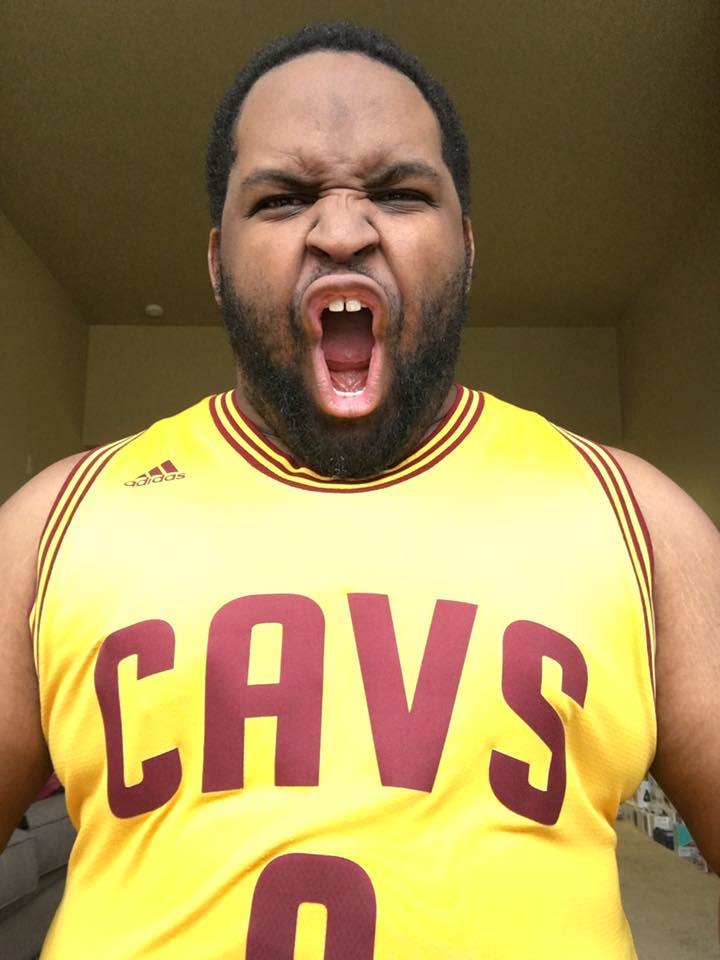 Seriously. What kind of idiot would believe that? Are you reading this? I
have absurd levels of creative freedom. What kind of brainwashed globalist
dunce believes that kind of trash?

I think that’s all the time I have, friends and freedom fighters alike. I
know that if we all work together we can force the evil empires controlling
Magic to break the chains and release all of us from our slumber. Remember,
only you have the power to fight back.

As for me? I can feel them closing in. They’re going to get me, and when
they do, I won’t be able to spread the truth anymore. Be my voice. Speak so
loudly they can’t ignore us.


And now a word from our sponsors!