I’ve got a bit of a brew for you guys today. It involves the following cards: 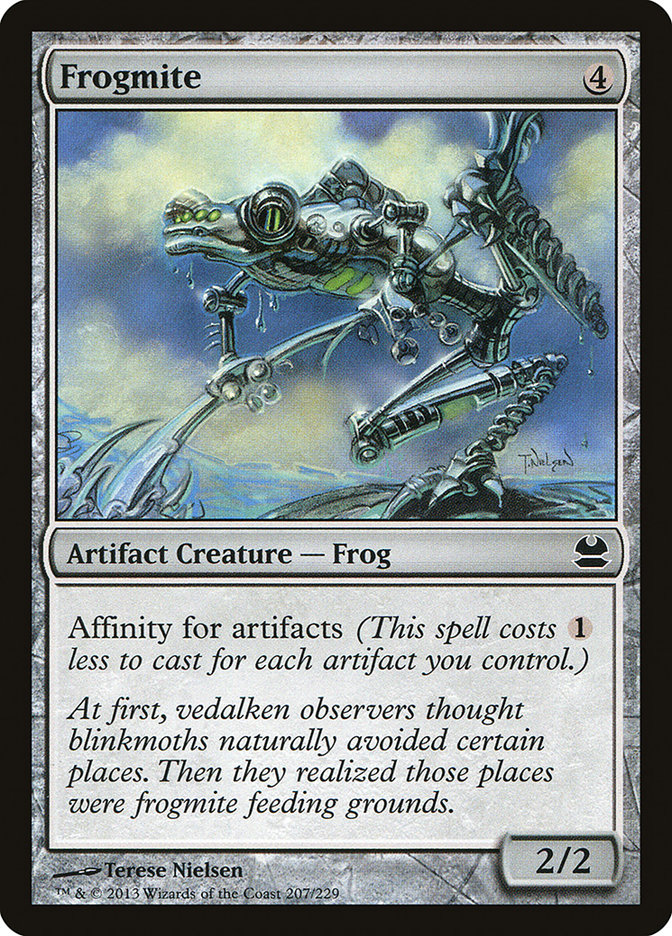 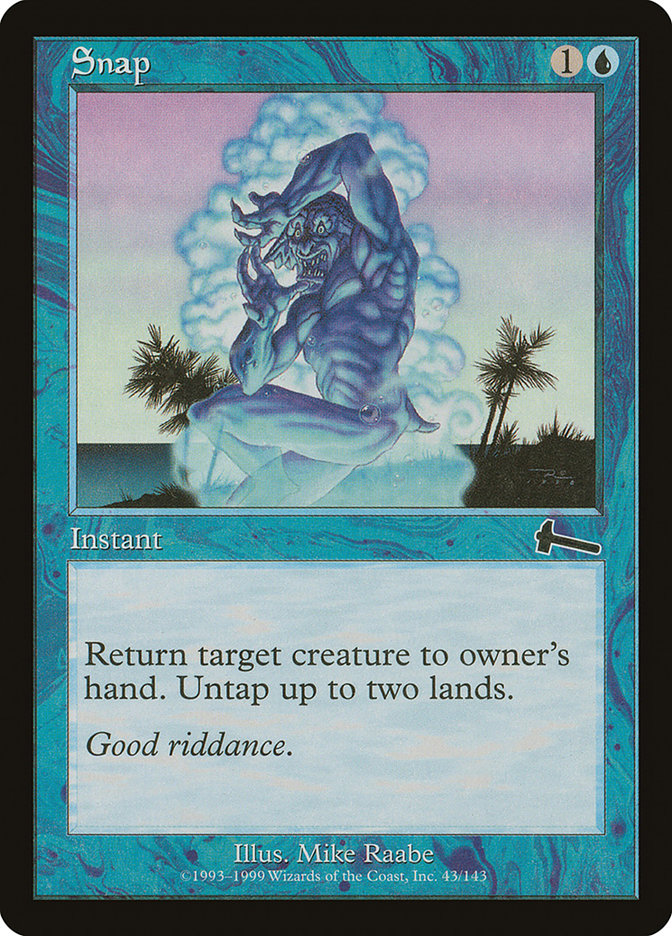 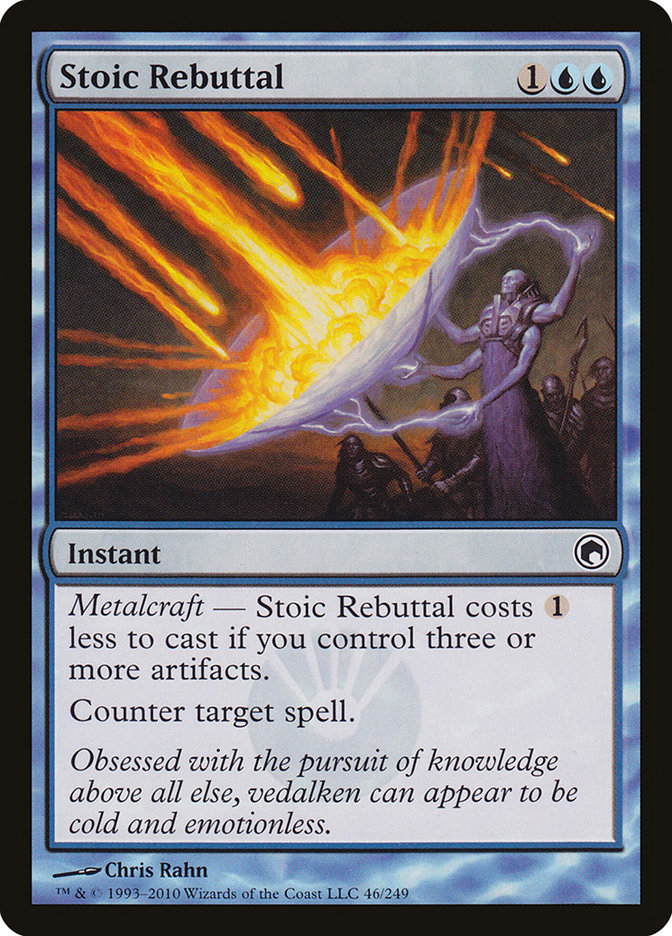 What are you feeling right now? Excitement? Disgust? Perhaps you’re already onboard. The brew I’m referring to will henceforth be referred to as "Affini-Fae!" As you have probably guessed, it contains both Pauper Affinity cards and synergistic Faeries, and I’m quite excited to see where it goes and what it will do from here.

How exactly did this deck come about? What can it accomplish, and what are the moving parts? All will be revealed soon! First, however, I’d like to share with each of you the thought process that prompted the creation of this deck.

An alternate title for this write-up could be "Addicted To Free Things" since free spells are a big component of this deck’s philosophy (and of Pauper’s identity as a format). You’ll remember from this previous article that I’ve been exploring the decidedly degenerate aspects of Pauper a whole lot more these days, which consequently led me down the Affini-Fae path.

Also, what do we think of this deck name? Is it good? Does it suck? I’m open to revision ideas from the public. A Magic Online buddy, LordDowney, suggested Affaenity, which could also be the play.

Part of what makes free spells so potent is the immense amount of tempo they can generate. By outperforming our opponent’s spell per turn output, we are capable of pulling very far ahead. This capability sometimes leads to the acquisition of another of Magic’s free constituents: free wins!

When looking at Pauper’s highest-profile deck, Mono-Blue Delver, we can determine that free spells contribute to the deck’s sharpness and multi-role flexibility. For those of you that are new to the format, allow me to offer up this example decklist.

As an aggro-control strategy, Mono-Blue Delver is bolstered by free threats (Cloud of Faeries, Spire Golem) that allow its pilot to hold up permission mana (often for Counterspell or Spellstutter Sprite). This dynamic makes it possible to unbalance opponents, either by disrupting (bouncing or countering) their proactive plan or by forcing them into a reactive plan—one geared toward dealing with the aforementioned free threats.

Additionally, free spells lend themselves to dominant board states. This is achieved again through superior spell per turn output. Imagine a Delver draw in which two or three copies of Spire Golem are deployed in a single turn. Now think of how much time an opponent must thereby devote to dealing with that kind of board state. In this sense, the free spell dynamic also rings true with Affinity, one of the Pauper format’s other powerhouses.

Here the turn 2s, 3s and 4s can get really gross thanks to cards like Frogmite, Myr Enforcer, Springleaf Drum, and Thoughtcast. Come to think of it, just about everything in Affinity is somehow underpriced. The deck really is bananas and (when properly constructed and properly piloted) could easily be considered the most powerful strategy in the format.

It surprises me how little gets said about customarily drawing two cards for U (Thoughtcast) and doling out four damage at instant speed to a creature or player for R (Galvanic Blast). Let’s not forget that Affinity spends a measly two mana to play the biggest creature in the format (Atog, in case there was any confusion), a beater that can essentially never be allowed to connect in the late game. But enough about how awesome Affinity is—let’s do our darnedest to get back on topic.

So long story short, there I was looking for a new Pauper brew to put together. I was fixated on doing something significant during the first two turns of the game and utilizing powerful (preferably free) spells and interactions. I took a mental inventory of powerful "on the house" stuff in the format and naturally began thinking about the Pauper freebie decks mentioned above. Then this question arose: was there any way to synthesize the interactions between Delver and Affinity? I believed the answer could be found thanks to this card: 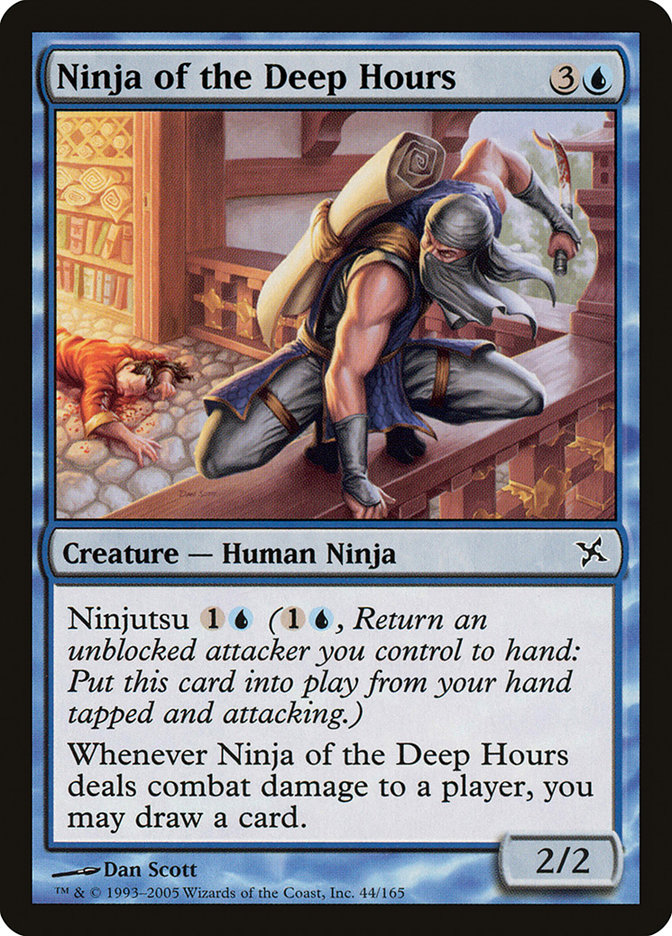 I wouldn’t classify Ninja as an amazing creature, but it does play strongly into the tempo game. What it does really well is coax opponents into taking more conservative or defensive lines so as not to get hit by it a second time. It also plays really well with free creatures because if we bounce a free creature to our hand we can simply replay it for nothing (having now advanced our board position).

What’s more is that Ninja adds value to cards like Cloud of Faeries and Spellstutter Sprite (in the case of the former by providing the option of cycling and in the case of the latter by netting us an extra permission spell). This alone got me pretty excited about hybridizing the freeness of Frogmite and Myr Enforcer with Delver’s creature suite of Cloud, Ninja, and Sprite.

From here I had to figure out what colors I would play (since Affinity can play pretty much any color thanks to various Chromatics and Springleaf Drum) in addition to what artifacts, lands, creatures (and how many of all that stuff) I would opt for.

At the end of the day, I decided on monocolor and this (first ever) Affini-Fae list:

Absolutely everything here is in testing, open for debate, and subject to change. The two-ofs in the maindeck and the majority of the sideboard are cards I wanted to try out in order to gauge their performance and usefulness. So what the heck is going on here? What did I just make you look at?

Affini-Fae is an aggro-control deck closely related to Mono-Blue Delver. What it lacks in turn 1 Delvering it (hopefully) makes up for with explosive Frogmite and Springleaf Drum draws and late game bashing potential offered by Myr Enforcer. Not playing a strictly worse Delver deck is a high priority of mine (or should be at least!), so breaking down Affini-Fae’s strengths and weaknesses is going to be important (we’ll get to that in just a moment, honest!). First things first, we’ve got a pretty significant question to answer . . .

I thought about playing Delver here (I really did!) since squeezing it in has its fair share of appeal. What I found trouble with was making enough room for artifacts, relevant creatures, and instants and sorceries. In order to cater to Delver, I’m pretty sure we’d end up skimping on one or two key avenues (resulting in a pretty suboptimal game plan).

On a semi-related note, I’ve actually been enjoying the presence of Bonesplitter, which turns our Faerie wimps into three-power beaters. This obviously can’t take the place of Delver, but it can create a decent clock when we’ve countered their initial few answers. Boosting our affinity count doesn’t exactly hurt either.

Affini-Fae plays a nasty tempo game on the play and with solid draws. The typical Cloud of Faeries into Spellstutter Sprite and multiple Frogmite hands are achievable, and we take things further by adding mana with Springleaf Drum. This lets us do just that much more with our mana in addition to holding up counters. We also have the potential to chain Thoughtcast for added card advantage.

On a side note, I tend to play this list in a considerably aggressive manner. It might be possible though to reconfigure or pilot the deck with a more controlling game plan in mind (as is the case with Mono-Blue Delver).

Creature-wise My Enforcer adds a lot to the orthodox blue tempo plan. While opponents fight over our initial Ninjas and Counterspells, we threaten later on to trump everything by dumping a pair of 4/4s on the table. This in my eyes equates to a more appealing late game than a Delver deck usually can provide. Enforcer is also likely to go unblocked due to its size, so extra Ninja connects are viable.

Finally, we get to play Stoic Rebuttal! How sweet is that? This isn’t just to be cute or distinctive either. Stoic Rebuttal is our deck’s Galvanic Blast, which is a slightly confusing way of saying that we can expect its metalcraft to be turned on in most cases. I’m sure you know how the old saying goes: "six Counterspells are better than four!"

But it’s not all fun and sun of course. There are a number of problems with the deck (given my limited testing, mind you) that I’d like to discuss and troubleshoot with you guys. The first problem lies with mulligans. Sixteen lands is probably too greedy here, certainly with no Gitaxian Probe, Ponder or Preordain to shore things up. The four copies of Darksteel Citadel also lead to biting openers (though I’ve tried to mitigate this with Chromatic Star). As you can probably imagine, the next problem lies with consistency. Some hands just don’t do very much, likely because there aren’t enough artifacts to facilitate a timely Myr Enforcer or Thoughtcast.

Moreover, Affini-Fae can run out of steam in a Delver-like manner, perhaps with even worse topdecks (Springleaf Drum rather than Preordain for instance). With so few lands, making the optimal play can be a bit hazy. Do we play the one-mana artifact to open up our affinity plays next turn or leave up Stoic Rebuttal (using this example partly because I might not be able to say "leave up Stoic Rebuttal" again for a long time!)? Picking the best line of play will become easier I believe as my flight time with the deck increases.

Please chime in if you have any thoughts on how to boost Affini-Fae’s strengths and potentially soften some of its weaknesses!

There are a few routes I can see taking with this deck, but I’m not sure which (if any) are going to be beneficial. One potential option is to throw in more artifact lands and get a bit more consistency with the affinity theme. Similarly, extra artifact lovers could be thrown in the mix (including but not limited to Somber Hoverguard and Vedalken Certarch). Will this result is us playing a "worse Affinity" deck? You decide!

The primary questions I have for you all are:

1. What do you feel are Affini-Fae’s most and least appealing attributes?

2. What are the best possible changes that could be made to the deck?

3. Do you see an Affini-Fae strategy having competitive Pauper viability in the future? Why or why not?

You are certainly welcome to offer up any additional thoughts or suggestions as well. I love hearing from you, so lets the responses fly!

I hope you’ve enjoyed. The floor is yours!