The trick lies in knowing which cards are on the rise because of sustained demand (think Thoughtseize) versus which cards are experiencing temporary hype- or buyout-driven spikes. On the former, it can make sense to price a little higher than the market and wait for the demand to reach you. On the latter, you might want to undercut everybody else by as much as a dollar or two and hope that some aspiring financier will end up buying you out and holding the bag. (In economics, this is called the greater fool).

I try to provide this information in my weekly articles, but if you need to know right away, your best bet is to hit up social media and try to figure out exactly why a card is on the rise. If it’s seeing a lot of play in an established or powerful archetype, hold out for the price you want. If nobody seems to know why it’s gaining ground, try to get out ASAP.

My own psychology is one of my biggest obstacles when it comes to selling cards. I’m forever agonizing about numbers beyond my control—the amount of money I spent on each failed spec, the amount of money a card used to be worth, the number of fees I have to pay when selling, the number of refunds I have to give when someone rips me off…it can be maddening. As with my Crush of Tentacles faux pas, there are times when I’ll just stick cards in a drawer forever rather than admit to myself that I made a bad decision. This is always a terrible idea. 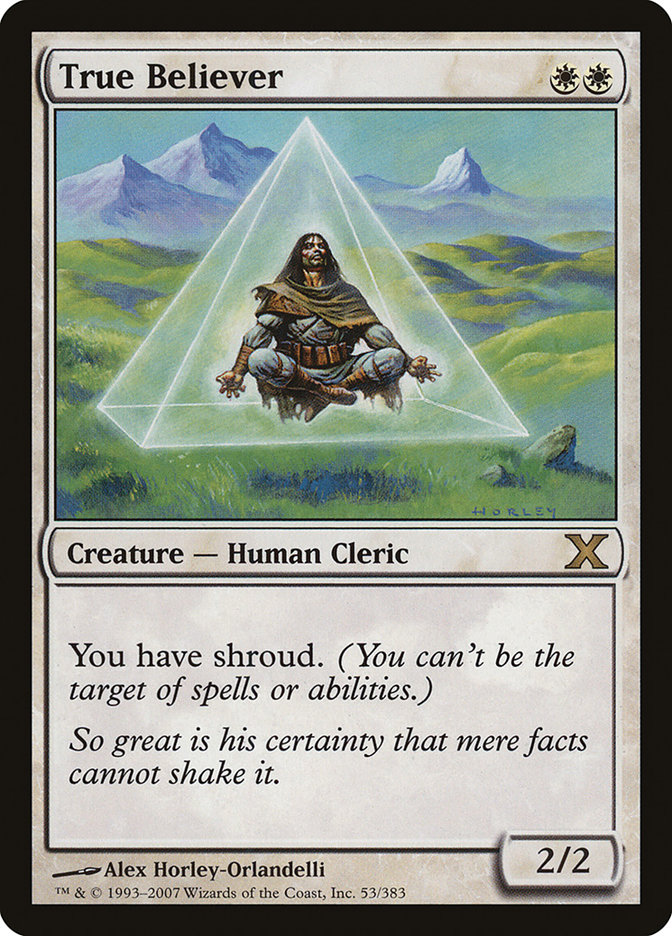 2) The amount of money a card used to be worth doesn’t matter. You can’t go back in time and sell a card in May of 2014. The only thing that matters now is whether or not you think a card will continue to gain or lose value. [Let’s brand this the “I had all the dual lands in 1997” rule.—Ed.]

3) The associated costs with selling a card (fees, postage, dealing with scammers) don’t matter. You can’t avoid them. The only thing that matters is calculating your sales price after costs/fees and comparing that to the card’s buylist price. Is the difference between those two numbers worth the associated hassles? If so, you’re on the right track. If not, just buylist the card instead.

You really do have to check your ego and your dislike of petty fees at the door when you’re selling Magic cards. You’re going to make bad calls that will cost you money. You’re going to pay a lot of money on stamps and PayPal charges and whatnot. The sooner you come to grips with all of this, the better.

The biggest obstacle between most players and their ability to successfully sell their specs is a solid and sustainable workflow. If you’re only selling cards every couple of months, it can feel like re-inventing the wheel each and every time. 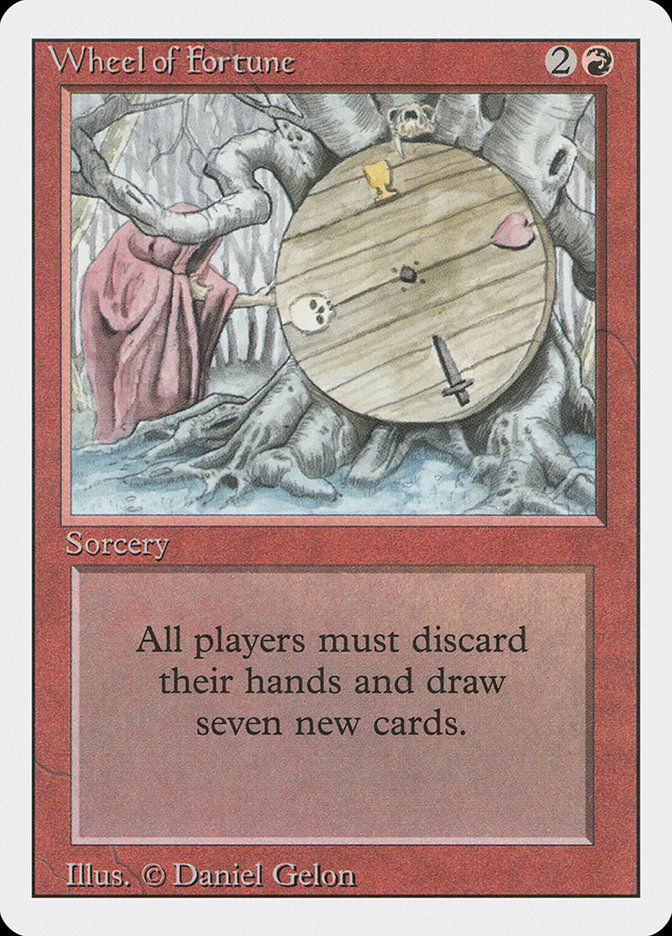 Posting new cards for sale becomes a major hassle, and it can feel easier to just never sell anything. This is why it’s crucial to have an easy and flexible system in place, even if you’re only selling once in a while.

First, make sure that you invest in the proper supplies. Find a drawer somewhere near your desk, and keep it consistently stocked with the following items:

You also need a way to put addresses on envelopes. Hand-writing addresses is the worst of all worlds: it takes forever and your hand will keep cramping up. If you must hand-write, at least invest in some return address labels. They’re really cheap to order online, and it’ll save you approximately half of your hand-writing work.

Printing labels on your printer is better, but it’s still sub-optimal. You’ll have to do a lot of cutting and taping, printers jam and run out of ink all the time, and those costs and frustrations add up.

The option that I recommend? Buy a used thermal label printer on eBay. I use a Zebra ZP 505. It set me back about $150, but there are plenty of older models available in the $80-$100 range. This seems like a lot of money, but remember: you can just re-sell the label printer when you’re done using it! As long as you’re okay parking some cash in label printer ownership for a while, it’s a really cheap addition to your workflow. The nice thing about these printers is that they’re ink-free – just stick the labels in, put the address on your template, and hit the print button. A nice little sticker comes out and you can just slap it onto your envelope. It takes less than ten seconds.

Develop a workflow for packing and shipping your cards as well. I put my cards inside a penny sleeve, stick that inside a top-loader, and then tape that top-loader shut. The important thing here is to make sure that there’s something covering the top of the top-loader: otherwise, the top edge of the card might come up and hit the bottom of the tape during transit. You can use part of a penny sleeve for this, or just use a small piece of paper to cover the opening before taping it shut. It’s also nice to fold over one of the tape ends before you tape up the top-loader: that way, the buyer has a nice, easy way to unpack the card once it arrives. Don’t forget to tape the top-loader to the inside of the envelope, too.

It’s not really worth selling cards under $5 as singles. Shipping and fees will eat up too much of your profits. If you’ve got a bunch of these cards, either buylist them or trade them for more expensive cards that are easier to sell online. 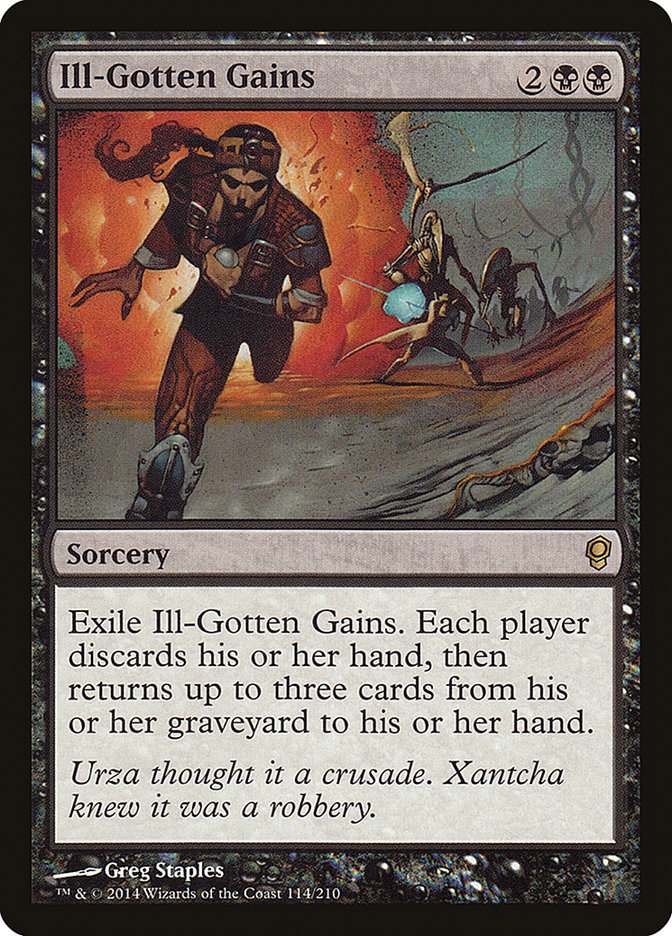 For sales between $5 and $20, you’ll probably be sticking your cards in an envelope, putting a stamp on them, and shipping them out without tracking. The problem with this? All the risk is on you. If the buyer says that they didn’t receive your order, you’ll have to refund them. It doesn’t matter if the scam is obvious, or bad, or if you really, really don’t want to enable scumbag buyers. There aren’t any sales platforms that side with the seller in these situations. The good news is that most buyers are honorable, and you’ll only get taken for a ride once in a while. The bad news is that it will happen, and it will hurt. Don’t bother fighting these cases or developing a strong emotional reaction to them—it will just cost you time and energy. Just refund and move on.

For sales over $20, you’ll want to send via USPS First Class Mail with delivery conformation. You can buy these shipping labels on PayPal and print them at home with your label printer—they cost about $2.60. The only issue here is that you need to use a bubble mailer for these shipments or USPS won’t track your package. Other than that, you can just ship them out right next to your stamped parcels. If you’re waiting in line at the post office for any reason, you’re doing it wrong.

The hardest thing about selling cards is dealing with frustrated buyers. Other than the obvious scams, you’ll end up with folks who aren’t happy with the condition of a card you sold. Condition is a tough nut to crack, because most of buyers don’t care about it at all but a small percentage of buyers really, really care a lot. If you’re too liberal a grader, you’ll end up ticking off every single one of those people. If you’re too conservative a grader, you’ll end up leaving money on the table. SCG hasn’t helped because their grading is so strict that it’s putting a high standard on what people expect. I’ve bought a lot of SCG “SPs” that were perfect. 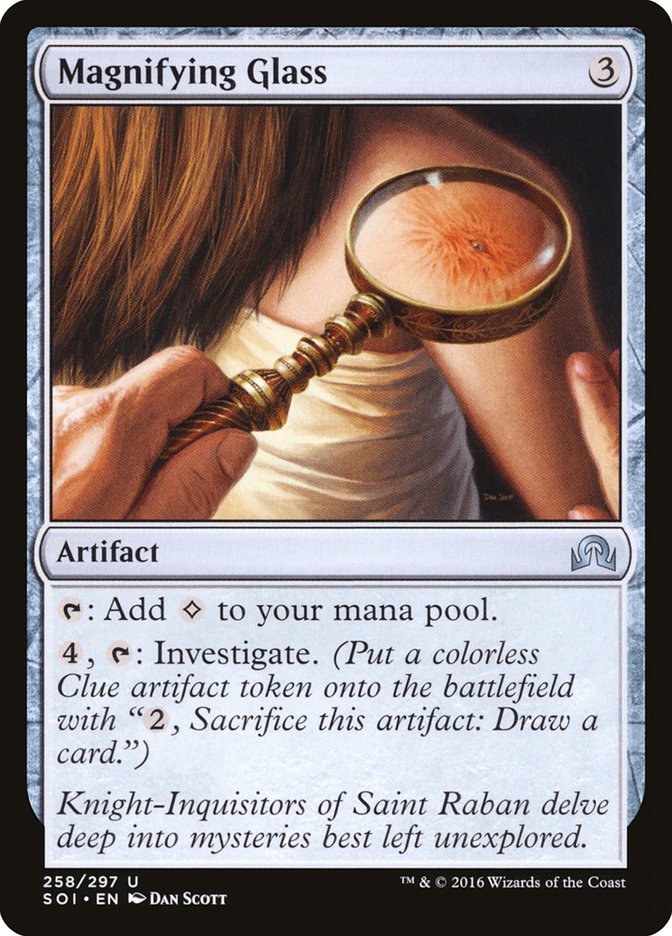 I try to be as honest as I can when I’m grading, though there are plenty of times when I’ll either straight-up miss something like a binder ding or I’ll end up dealing with the sort of buyer who cannot tolerate even the slightest flaw. Much like with the scammers, the important thing to recognize is that you have basically no leverage here. Getting mad at a buyer isn’t going to help, even if you are 100% certain that your grading was spot-on. I generally offer the buyer a choice between a partial refund (the difference between the price they paid and the cheapest available copy at a lower graded level, rounded up) or I’ll offer to pay them to ship the card back to me. This usually works, though it isn’t fun for anyone involved. Again, you just have to chalk it up to the cost of doing business. (Buylisting is sounding better and better all the time, right?)

This all sounds a bit dizzying, but that’s the point of developing a workflow: if you have a system in place, it’s a lot easier next time, and the time after that, and the time after that. Once you know how to price cards, you have your supplies, your thermal printer templates are set, and you know what to do when a buyer is upset, selling cards online stops being quite as intimidating. The next time you hit on a spec or feel like selling into the hype, you’ll be ready to make that quick and easy sale.