Heart of Kiran was also great, since having any threat that is capable of killing Saheeli Rai on the draw on turn 3 shot up in value.

The main problem with Temur was that it got completely destroyed by my next “brew” that I felt also had a shot at beating Jeskai:

Nowadays this style of deck is obviously a known entity, but I was feeling good about myself for coming up with it originally before the first SCG event results started rolling in, since it seemed incredibly promising.

When you start to think that you’re triple-lapping the format, you need to slow down a little and look at some actual results.

The power of G/B and Saheeli Combo was more or less confirmed and seemed to agree with where we were at the time.

I continued to focus on G/B Energy. I liked Glint-Sleeve Siphoner so much that I focused on the Energy version for longer than I probably should have. One of the issues I kept having was flooding out too hard and not having enough gas in the lat- game, which inevitably led me to build G/B Energy more and more like B/G Delirium.

The big problem I had with stock B/G Delirium lists was the manabase and the resulting general clunkiness. Aether Hub and Attune with Aether are some of the best fixing in the format and secretly help a lot to smooth out manabases, even those of the two-color variety.

I spent plenty of time testing every playable green and black card to try to get a good feel for any hidden gems.

This experience with all things black and green helped me a great deal, and it was on the plane ride over to Dublin that I formed the idea of the ultimate Delirium version that would smooth out all the kinks of previous versions.

Here’s what my brother and I played at the Pro Tour:

Much lower to the ground, solid manabase, and all without losing too much in the top-end.

I think the biggest realization that improved the deck was understanding the power of Fatal Push over Grasp of Darkness. Grasp of Darkness is great as a consistent answer against Felidar Guardian and at least interacts with Torrential Gearhulk, which originally made it a staple in B/G Delirium.

The problem was you were running way more basic Swamps than you’d want to support Grasp of Darkness.

The biggest benefit is that, once you aren’t relying on Grasp of Darkness, you can improve the manabase and consistency of the deck a great deal by focusing on the green side more in the early-game.

Casting Traverse the Ulvenwald off a Forest turn 1 allows you to cast Fatal Push the next turn. You can’t do that with Grasp of Darkness, which makes a world of difference. 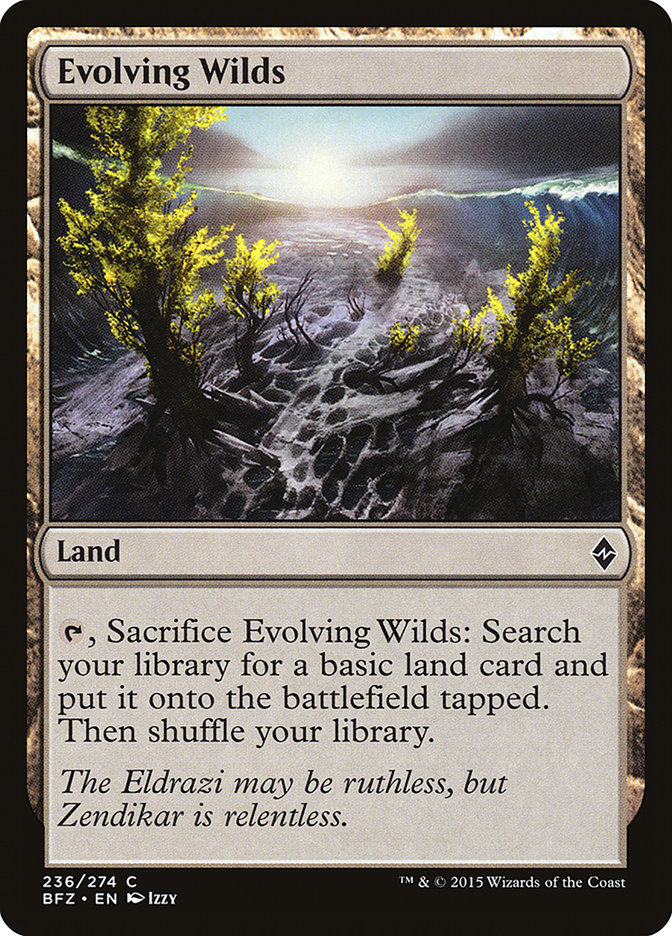 Everyone knows about these pals by now, only it’s usually Rishkar, Peema Renegade who’s the third superstar, not Nissa, Voice of Zendikar.

Nissa is certainly one of the best cards in the deck and leads to many busted openings. Being able to drop a Nissa on turn 3 and then follow it up with Winding Constrictor and Walking Ballista, – 2 Nissa is just ridiculous. One common trend you’ll also find is that your two-drops get killed before Rishkar, Peema Renegade can fully take advantage of them. Not to say that Rishkar isn’t also great, but Nissa, Voice of Zendikar can be much, much better.

Finally we have the Delirium power package.

Grim Flayer is just really good. I kept trying to make Longtusk Cub work thanks to its synergies with Winding Constrictor, but it just always kept falling way short compared to Grim Flayer. Longtusk Cub was capable of doing nutty things and being gigantic, but Grim Flayer is way more consistent and requires less work to make use of.

Make sure, if you plan on casting Mindwrack Demon, to do so before you hit with Grim Flayer or you’ll mill the top cards of the deck you just stacked.

Being able to tutor up Verdurous Gearhulk in the late-game without having too many five drops clogging up your deck is fantastic.

Lost Legacy proved to be a dud against Jeskai Saheeli, since it was so easy for them to just win with Torrential Gearhulk and Glimmer of Genius if you weren’t pressuring them in the correct way. Similarly, Lifecrafter’s Bestiary, a card I loved as a way to get an edge by playing a controlling game, also just fell short compared to Glimmer chains.

On the other hand, Transgress the Mind and Pick the Brain proved to be invaluable. Not only could they knock out almost every important part of a Jeskai player’s hand, they also gave an incredible information advantage.

Also of note: if you have the option, cast Transgress the Mind before you attempt to ultimate one of your planeswalkers, in case your opponent has Disallow. Obvious when you think about it, but not usually how you’d play, since you’d want to resolve a planeswalker ultimate as soon as possible in most situations.

There are a lot of different minor decisions and calls you need to make when sideboarding with this deck. For example, I played against a Jeskai Control opponent at the Pro Tour and wasn’t sure whether or not he had the combo in his deck at all after Game 1, which changes the value of some cards.

The most important part is having a lot of experience with the deck and an excellent feel for the format.

The keys to beating Jeskai Saheeli are proactive hand disruption, card advantage, planeswalkers, ways to disrupt the combo, and ways to pressure their life total. Ideally you want cards that are super-efficient at ticking multiple boxes from the above list.

If you have Fatal Push or Grasp of Darkness in against Jeskai post-sideboard, you’re probably doing something wrong. Those are exactly the cards you don’t want against a control deck, and that is how you should be treating the matchup (barring unseen circumstances like facing down Thing in the Ice.)

Once you have Transgress the Mind and Pick the Brain, your opponents can’t afford to sit around waiting to combo off, which means your sorcery-speed removal like Ruinous Path and Ob Nixilis Reignited gets better.

Pick the Brain is excellent against Glimmer of Genius, since it forces them to either get their Glimmer Picked or actually try to not draw their good cards in multiples.

Appetite for the Unnatural becomes quite reasonable if you know there are Stasis Snares or Quarantine Fields coming for you.

This matchup is all about the snowball advantage, battlefield presence, and cheap removal.

A lot of your cards get worse on the draw (Rishkar, Peema Renegade; Tireless Tracker; Traverse the Ulvenwald; Grim Flayer) which means you also want to take a more aggressive stance when on the play (kill the opponent with Winding Constrictor draws) and a more controlling stance on the draw (lots of removal and disruption while still being capable of busted starts).

This theory pretty much applies to all matchups as well.

Fatal Push is invaluable efficient removal that can create a tempo advantage that turns an unstoppable start from an opponent into a losing one.

How to Beat Mardu Vehicles

I played against Mardu Vehicles five times at the Pro Tour, and each time I did, I felt like I was solidly favored. I went 4-1 against it and my brother went 2-0.

Fatal Push is the game-changer here. I can only imagine how frustrating it would’ve been to go into the tournament with Grasp of Darkness instead of Fatal Push and struggling against all the Mardu decks.

It’s surprisingly easy to match the pressure from Mardu Vehicles with a Grim Flayer or two, and if you can ever “combo off” with Winding Constrictor, the game should be over.

Kalitas, Traitor of Ghet was invaluable here and won some games that appeared very grim. Kalitas into Fatal Push on five mana is also a nice little combo.

The matchup is surprisingly difficult to play, since every single turn is so important and incredibly tight. Often, you’ll have to sacrifice your life total to try to set up a big turn with Kalitas, Traitor of Ghet or Winding Constrictor.

So what happened at the Pro Tour for me?

I went 3-3 in Draft and had a flawless 8-0 run with the deck to put myself in a position one win away from the Top 8 before finally getting a string of terrible draws to fall just short at the end of the tournament.

So close, yet so far.

I finished up 11-5 and went a solid 8-2 with B/G Delirium in Standard. Right now, I feel like B/G Delirium is easily the best deck in the format and capable of crushing almost everything.

As for changes to the deck going forward, I would want to be more prepared for Mardu Vehicles and mirror matches.

I’d want more Natural Obsolescence; more Gonti, Lord of Luxury; more Liliana, the Last Hope; and more Grasp of Darkness. Based on the metagame, I might be looking to cut Pick the Brain, To the Slaughter, Appetite for the Unnatural, and Natural State.

I’m sad to have fallen just a little short once again at the Pro Tour, but I’m also happy with my process lately and optimistic that I’m bound to have a great result soon if I keep doing what I’m doing.

Also, as a silver lining, my brother went 11-5 at the Pro Tour, which means he’s qualified for the next one… so the McLaren Bros will be making another run for a trophy soon!