It is safe to assume that if you can’t win your local FNM, you are not ready to play on a Pro Tour yet. However, this is okay! Being realistic about your current level of play is very important, and every player starts somewhere. In order to swim in the sea you must first be the biggest fish in your own pond. 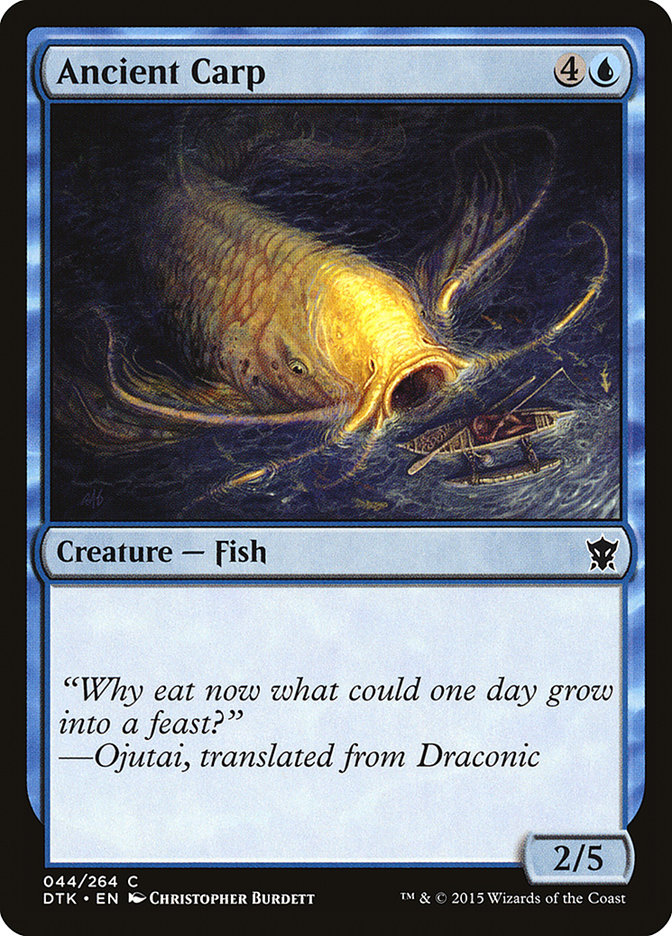 How to get there:

The other option besides playing Magic locally, for those who lack the means or the time to do so, is to practice and play your events on Magic Online. Magic Online has both pluses and minuses. The amount of games you can play on Magic Online at any time of the day is amazing, as is the amount of time saved in managing your collection. The downsides are of course the cost and the lack of social interaction and networking. It’s much more difficult to just sit down and talk with the top players on Magic Online, and you will need to take extra steps to network with better players.

Many readers are at or already past this point, but being the big fish in a small pond is just the first step.

The Regional Pro Tour Qualifier system is the easiest path to the Pro Tour, but you have to get there first. This means winning a small Preliminary Pro Tour Qualifier, which is usually between twenty and 50 players. These events are often similar in size and player level to local FNMs. 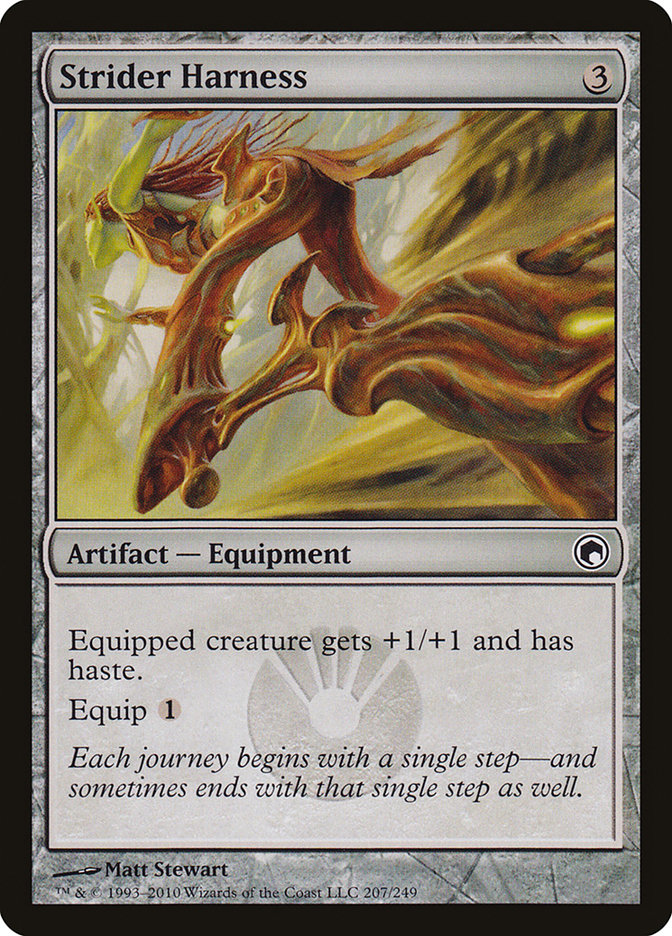 I personally don’t think the current PPTQ system is very good, and this belief is commonly shared among most higher-level players. However, what is bad for me is great for the player looking to qualify for a first Pro Tour. As a result of this, PPTQs, and subsequently RPTQs, often have much softer fields than Grand Prix or SCG Tour events. You also only need to Top 4 the RPTQ to qualify, further solidifying the PPTQ/RPTQ system as the easiest way to qualify.

The natural conclusion to our arc here is to actually punch your ticket to the Pro Tour. Playing in an RPTQ or Grand Prix is harder than any previous level and will simply require you to do what you were doing for the PPTQ but better. You will need to improve your game steadily throughout the process as well as cultivating a positive and goal-oriented mindset. 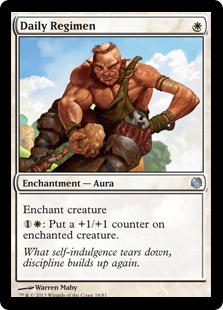 These are not easy things to do, but setting a long-term goal for yourself helps to give you the focus to see it through. It all sounds pretty easy when laid out like this, but this set of three sub-goals could take a player anywhere from a few months to years to overcome. The act of actually improving at Magic is not an easy one and much more difficult in practice than discussion. Also, each of these sub-goals could be broken down even further into more and more sub-goals, something that should be encouraged. If you find yourself plateauing on a particular goal or area of your Magic game, look to break it down even further and find the ways you can go about overcoming it.

Playing events with an overall purpose that is larger than just a weekend is vital if you are actually looking to improve your game. Having the goal of “do well at the event this weekend” is shortsighted, will often fail, and does nothing for your big-picture goal of improving and growing as a player.

Goal: “I Want to Write Articles for StarCityGames.com”

Makes sense, right? You love Magic, you are literate… why can’t you write for StarCityGames.com too?

When it comes to content creation, or most things really, people have a difficult time conceptualizing how difficult it is to either do or put yourself in a position to do. This leads to thousands of armchair quarterbacks every Sunday, yelling at Russell Wilson to just give the damn ball to Marshawn Lynch on the two-yard line from the comfort of their living rooms, to viewers on Twitch.tv screaming how Brad Carpenter should just go for the lethal infect attack and not be a doofus, to people yelling at (new dad, congrats!) Mark Nestico for how their deck does not in fact actually suck.

People think that these people can do it, so why can’t they?

It’s easy to chime in from the sidelines, but not as easy to put yourself out there for others to chime in on. People often don’t understand this until they are actually on the two-yard line holding the ball, under the lights of a difficult feature match, or pouring hours into writing that will be viewed by tens of thousands of people. People also rarely see the path it took for that person to finally put themselves in that position— the work behind the scenes and the failed attempts that led them to where they are now.

So they write one article, send it to Danny West (the very handsome and talented StarCityGames.com editor), get it rejected, and say “Whatever, I didn’t want to really write articles anyway.”

Common Goal Problem #2 Solution: Understand that everyone had a path to get where they are now, and you never get to see most of that path.

Every writer on StarCityGames.com has a long path that took them to finally writing for Magic’s top website. Each one involved being part of the community in some positive way, whether results at events or otherwise, and required hard work and dedication to earn. If writing for a major website is your goal, what is your path?

Again, this sounds simple on paper when outlined, but it is not a simple process. This may take months or even years to happen, but outlining your desire into a concrete goal, figuring out what things need to happen to make that goal a reality, and attacking them is the way to get what you want.

Goal: “I Want to Stream Magic Fulltime on Twitch.tv” 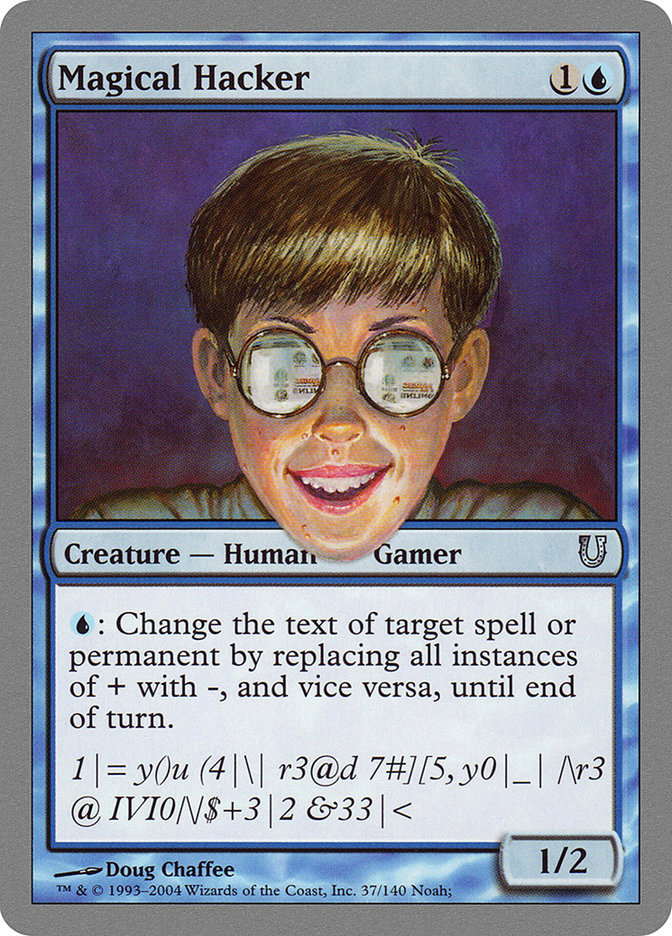 Streaming, as well as mediums like YouTube, podcasting, and other alternative methods of content production, is a hard thing to break into. Rather than trying to prove your worth to a large company like StarCityGames.com, you have to do almost everything yourself; you are responsible in full for your own success or failure.

This is liberating, but also daunting.

Similar to writing articles, people watch streamers like NumotTheNummy or Paul Cheon and think to themselves, “That person is literally getting paid to play Magic. I can do that!” So they sign up for Twitch.tv, buy a cheap webcam and mic, and go live. Fame and riches await!

“I’ve been playing for five hours and I only have two viewers… and one of them is my dog… this sucks.”

Common Goal Problem #3: People want instant results for their goal, and when they don’t see them, they give up.

Again, people don’t always see the path that these popular streamers have taken. Numot streamed every day for a year. Paul is a top-level Magic player who’s been creating quality content for years. Both have worked tirelessly to build themselves up to where they are now. Nobody starts at the top, and building yourself up to the level you want to be is going to take time.

Common Goal Problem #3 Solution: Understand that having a goal is not just a thing you want to do, but a process with many steps that will take time to come to fruition.

It’s often hard not to be shortsighted, and we are definitely raised to want (and get) things quickly. Today my washing machine broke, and I had made an appointment online for a repairman to be at my door at 8 AM tomorrow within five minutes online. Want to buy something? Amazon.com or eBay, and it will be there in two days. Want to see a movie? Click download.

The problem is that most things in life worth having don’t work like this. You are going to start streaming, and most likely there aren’t going to be many people watching. But you need to start somewhere, and here’s how:

Do your research, and see what it is that other streamers do that you like. Take the time to learn about the software, overlays, and equipment. Understand that there will be some initial financial costs involved.

Once again, the overall thing to do is to set a long-term goal of streaming success and figure out all the things you need to do to achieve that goal.

Setting goals goes far beyond Magic into almost any area of your life that you want to improve. It can be fitness, finding a job you love, relationships… you name it. The process of being able to set a goal, figure out what that goal will require, and then put those things into motion is one of the most valuable skills you can cultivate. 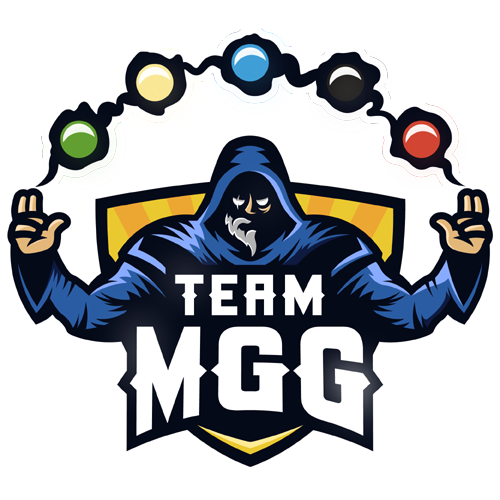 I’m super-excited to announce that Team MGG launched our six-player 2017 lineup this weekend! With some returning faces and some new ones, the team split up, sending three players to #GPNJ and three players to #SCGDFW, and we’ve already had our first big success with Ben Friedman reaching the finals of the Grand Prix. We’ve also launched our website, MetagameGurus.com, where we will be offering coaching services and more, as well as streaming on Twitch.tv!

Excited? Want to know who’s on the team? Head over to our Twitter for more information!