2. The aforementioned combo was put in Standard intentionally and was not an accident in the way Splinter Twin plus Deceiver Exarch was. 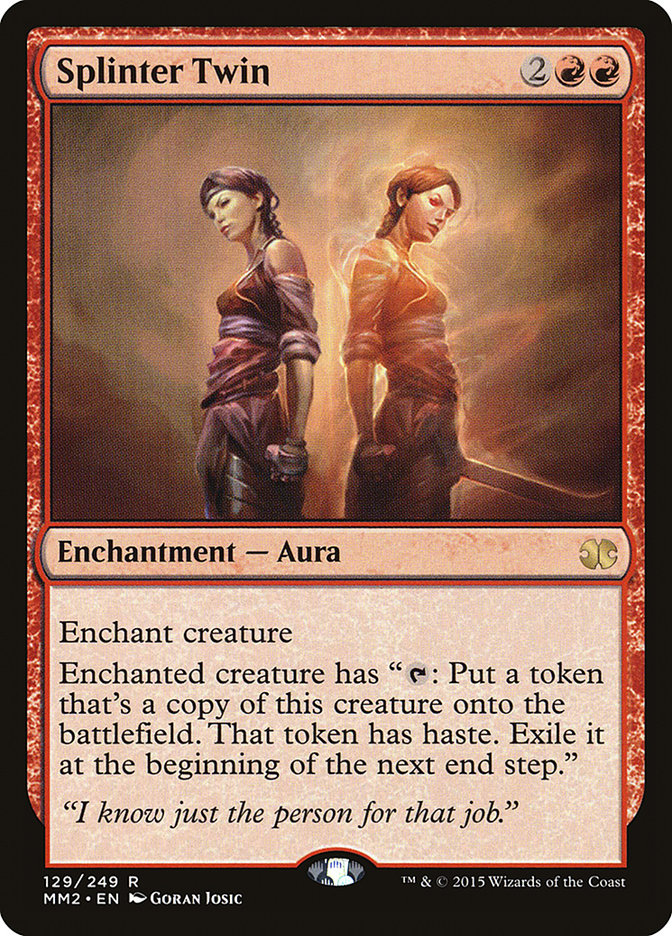 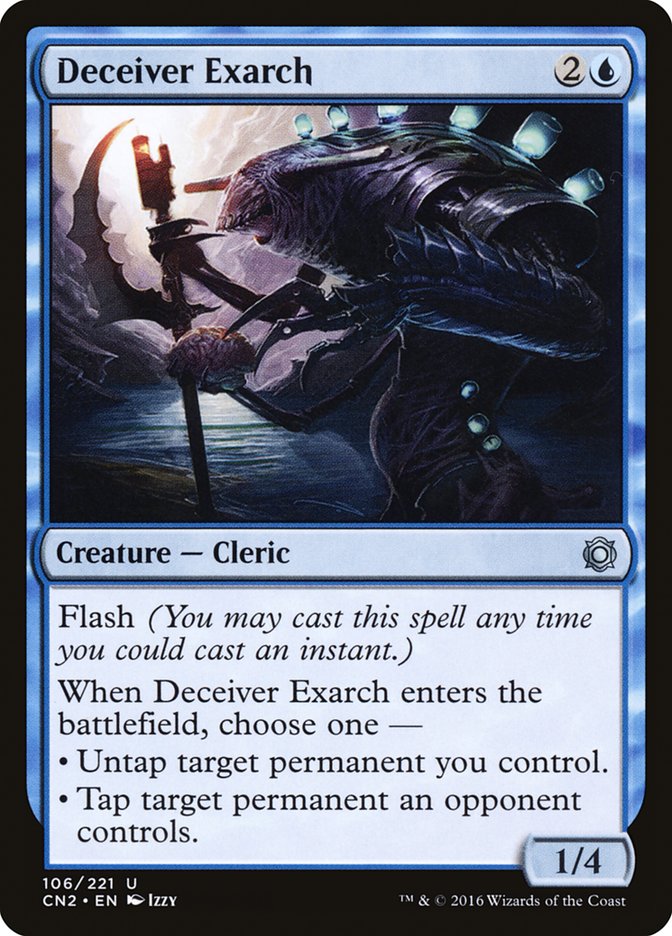 Ari Lax: Fiction. Splinter Twin was literally banned in Modern this calendar year because the play pattern was unfun. Being able to immediately die from no prior battlefield presence is something that is always cited as a bad thing. The general stress of having to play a back-and-forth game of Magic with the ability to randomly die if you tap out is not good. There’s no way they would put that back into Standard, especially when the pieces are in the same block and won’t rotate away from each other.

The only thing pointing the other way in my mind is the lack of a ban. If it was a true miss, you would think they would be more likely to try to fix their mistake up front. That said, there may be other issues binding their hands in terms of altering their changes for an interaction made public the Friday before, but I can’t imagine the strain this puts on the format is worth leaving it around.

Brad Nelson: Fiction. The banning of Reflector Mage proves to me that it was an accident. They now can’t really ban a planeswalker used as a promotional tool that hasn’t seen any serious play and wouldn’t want to get rid of a card that hasn’t even seen a Prerelease yet! The best course of action now is to get rid of a continuously abused card that coincidentally works well with both sides of the combo. They’ve probably got their fingers crossed that the combo isn’t too dangerous.

Two-card combos that just kill people on the spot aren’t healthy, which is why we don’t see them that often. They only surface because Wizards missed them, and I’m fine with that happening every once in a while. This one in particular can win on the spot against a tapped-out opponent, which is potentially dangerous, but isn’t the worst thing we’ve dealt with. Life will go on. Magic isn’t dead.

3. WotC being willing to ban more cards in Standard is a good thing. 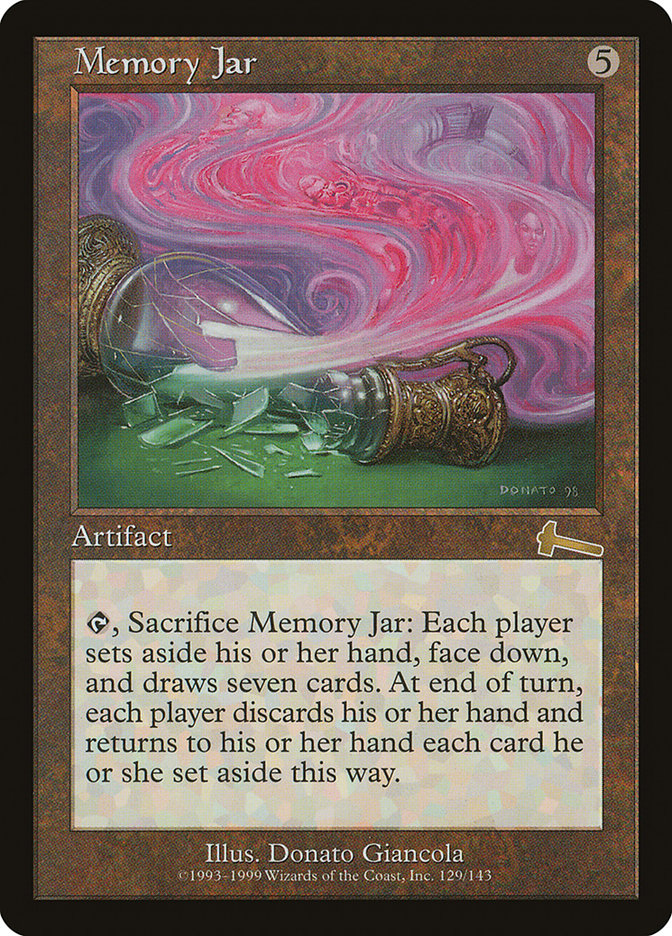 Ari Lax: Fiction. There is a real cost of consumer confidence to bans. You want people to be able to buy cards for a deck and know that their investment won’t randomly be erased from the game before their due time. These Standard bans were actually well-positioned to minimize that.

Smuggler’s Copter was at a 60%+ metagame share, but all of those shells are still viable without it. Do you really need Smuggler’s Copter to play Panharmonicon or Thalia’s Lieutenant? Mardu Vehicles played three other Vehicles, so who needs Depala, Pilot Exemplar? Just play another cheap artifact for Toolcraft Exemplar. The impact is mostly isolated to exactly the problem card.

Emrakul, the Promised End was a singleton in B/G Delirium, which just has to find a new mirror breaker. The deck she was a full set in was Aetherworks Marvel, which is still functional with Ulamog, the Ceaseless Hunger or Kozilek, the Great Distortion. Again, marginal damage outside that one card.

Reflector Mage is the uncommon in a deck heavily relying on the power of the mythic rare Gideon, Ally of Zendikar. It wasn’t the biggest problem card, but they were trying to break up a specific configuration with the lowest dollar cost.

This was a severe scenario and they still acted to minimize the splash damage. What does that tell you?

Brad Nelson: Fact. This is a tough question to answer, but in this reality I say fact. I’m fine with Wizards owning up to their mistakes, but dislike one thing in particular about this situation. These recent sets have been designed around an eighteen-month cycle, but that’s changed in recent months. Wizards went back on their plans to make Standard smaller by rotating two sets every six months. If they hadn’t, we would have seen Reflector Mage and the “combo” for only a short while, which is fine with me. I love powerful decks that only exist for a short while. Now, Battle for Zendikar and Oath of the Gatewatch got a six month extension on their lease in Standard. This longer shelf life may be the reason for WotC’s more aggressive stance on Standard bannings.

I, however, don’t want to play in a Standard format where cards need to get banned that often for the format to breathe. Some cards are just better than others, and our ability to learn how to fight them correctly is important. I believe a card should only be banned when it can’t be beaten, like Emrakul, the Promised End, and not for the reasons they presented for Reflector Mage or Smuggler’s Copter.

4. Fatal Push is the most influential card in Aether Revolt.

Ari Lax: Fiction for Standard, Fact for Modern. Felidar Guardian is the most important Standard card (doubly so with no Smuggler’s Copters to Fatal Push), but in Modern Fatal Push is the real deal. Snapcaster Mage has long been married to Lightning Bolt, as the other cheap removal to Flashback was either the awkward early Path to Exile or the generally awkward everything else. Fatal Push kills basically everything Lightning Bolt did and then some, allowing Snapcaster Mage to branch into good Esper and Sultai shells. This in turn allows the blue decks in Modern more flexibility to adapt their answers to a specific metagame instead of the current debate of Mana Leak or Inquisition of Kozilek in my Grixis deck, and I have no idea where that ends up leading. Wildly different threat and sideboard configurations lead people to choose really weird niche decks that you never knew existed before.

That said, my heart is still with the cards that make Restore Balance an even better option. If any card dethrones Fatal Push as the most important addition, it will be one of the Expertise cycle spawning a new subset of archetypes the same way the cascade mechanic spawned Living End, Restore Balance, and the banned Hypergenesis.

Brad Nelson: Fact. What do you want me to say here, people? Obviously the one-mana removal spell that’s going to have a significant impact on Legacy and Modern wins out as the most influential card in the set. It’s going to redefine midrange decks in Modern, since Jund’s major advantage over other midrange decks was its ability to play a good one-mana removal spell. Well, that and Blackcleave Cliffs. 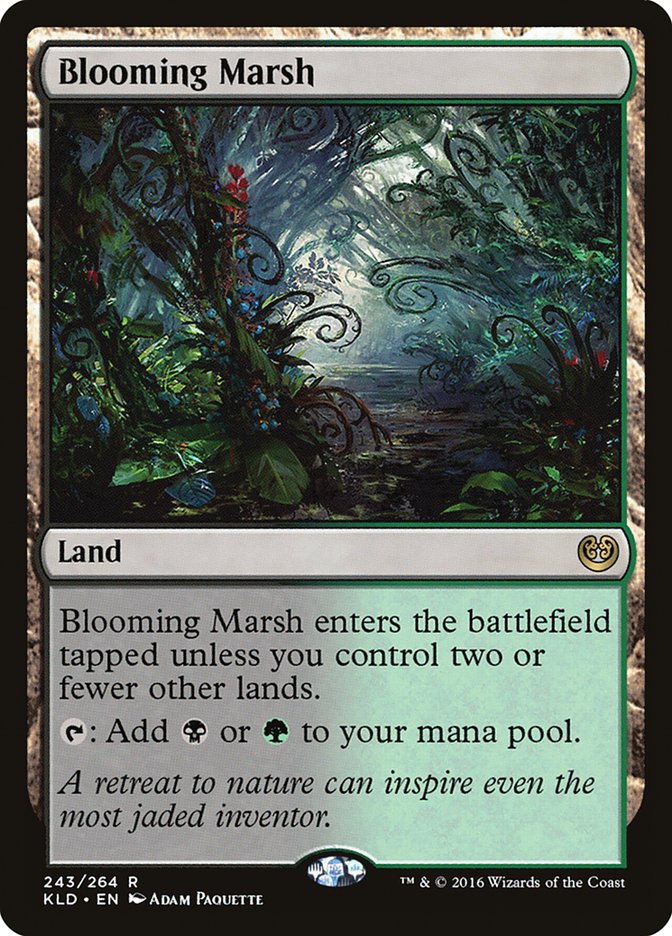 It would have even been the answer we needed for Smuggler’s Copter, and I for one was looking forward to living in that world. Now Fatal Push will see some Standard play, but not as much as we were prepared to see. Luckily the card is even better in older formats, thanks to fetchlands. A new era is about to begin, and this was the card that pushed in that direction. I can’t wait to see what Modern looks like now!

5. The Expertise cycle is being underrated. 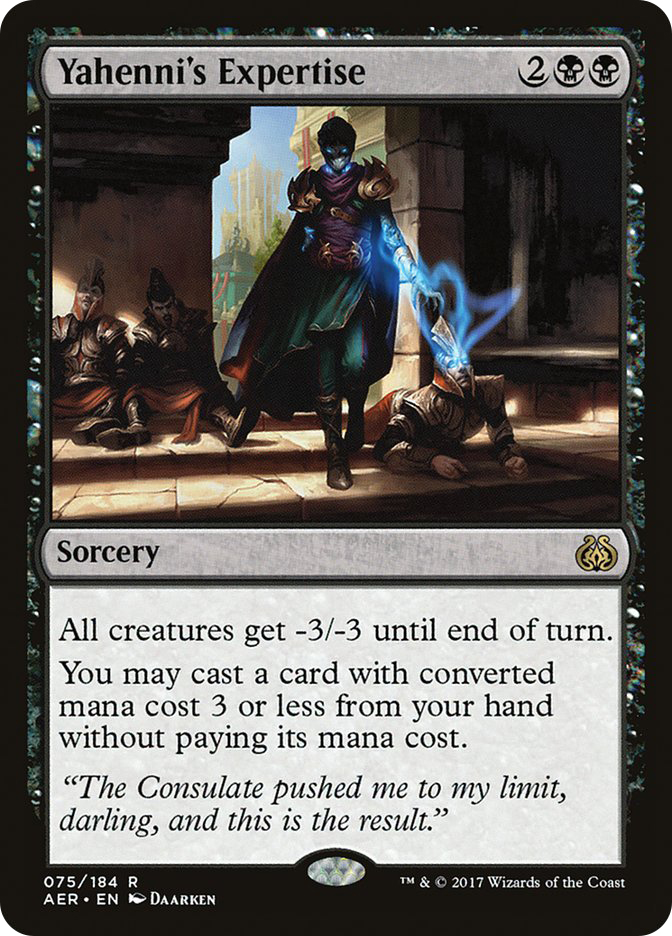 Ari Lax: Fact. Cost reduction and free spells in weird new ways are always underrated. Cascade, Emerge, Emrakul, the Promised End…need I go on? Just thinking about following up Yaheeni’s Expertise or Sram’s Expertise with a planeswalker is scary, and that’s the easiest option. The cards might just be good enough rates that you can get away with casting the average-case card off them and be okay.

I touched on this earlier, but I also think the Breaking//Entering and Beck//Call shell in Modern is not getting the press it deserves. Your “cascade deck” can now do the broken thing without having to cut all the best interactive cards. No more Mardu Charms; we can play Thoughtseize!

The exception to this underrating is Rishkar’s Expertise, which I am pretty sure is a win-more made even more win-more. “Draw a bunch of cards and play a free spell” is great, but usually my big creatures win me the game anyway. Why win more when I already resolved a Verdurous Gearhulk, and if I need more, why is this spell better than another threat? At six mana, it also isn’t seeing play in Modern anytime soon. Stay away from this one, but keep an eye on the other four.

Brad Nelson: Fact. Of course we are underestimating them! It doesn’t matter what a card does; it’s probably great when it has cost reduction applications. We as a collective just have a difficult time identifying exactly how good they can be without getting our hands on them first. Dig Through Time and Treasure Cruise were absurdly powerful, but not many identified that until they got to first see them in action. Now, I don’t think this new cycle of cards is anywhere near that level of power, but I do think we will have to begin playing with them to untap their hidden abilities. This is mainly the reason why I haven’t spent much time discussing them, and I could see that being the reason for others as well.