I tried. I really did. I tried to be a contemplative, masterful, triumphant control mage, but the fact of the matter is this: it just hasn’t been working out. While I’m not saying goodbye to the archetype forever, I definitely think it’s time that we start seeing other people.

Mono U Tron had me Singing the Blues, and before that I took a stab at Izzet Cloudpost in Pauper (only to end up sticking a fork in it). Here’s hoping the third time’s a charm. We’re going to shift gears, and opt for something a bit more proactive. A bit more familiar. Something that splits bones.

Enter White Weenie, a who’s who of lowly infantry, killer priests and very angry birds. All we need is some evasion and a rusty axe or twoto really get the party started.

Kill some of our guys? So what! They’ll probably come back, and if they don’t…well, we’ve got a few more on deck. Some guys you might not be able to kill at all.

White Weenie has seen a rise in popularity since the bans primarily because two of its worst enemies were expelled from campus. As a disgustingly fair strategy, it often found itself invalidated by the likes of Cloudpost and Temporal Fissure. 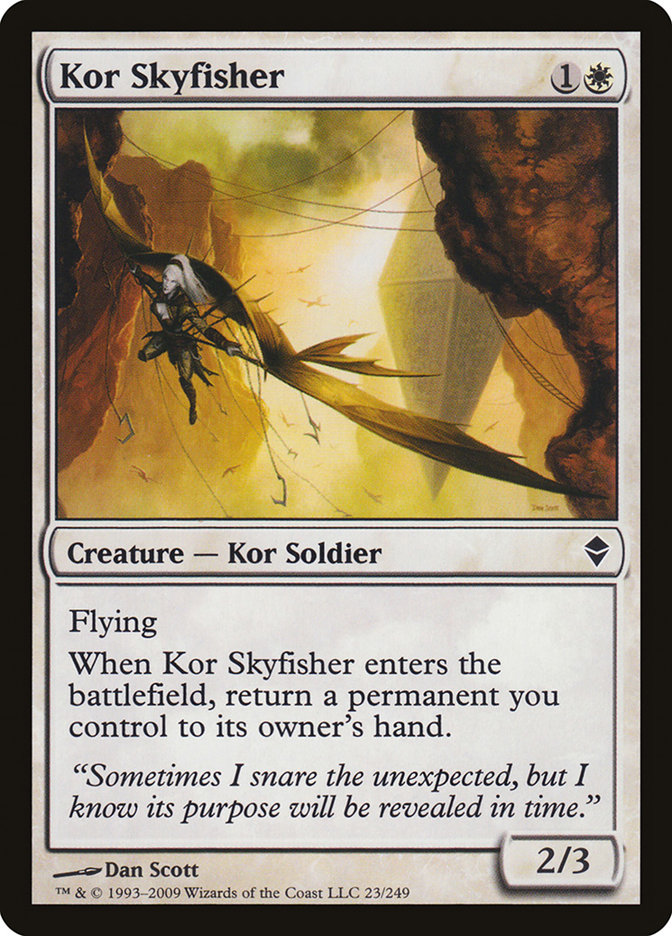 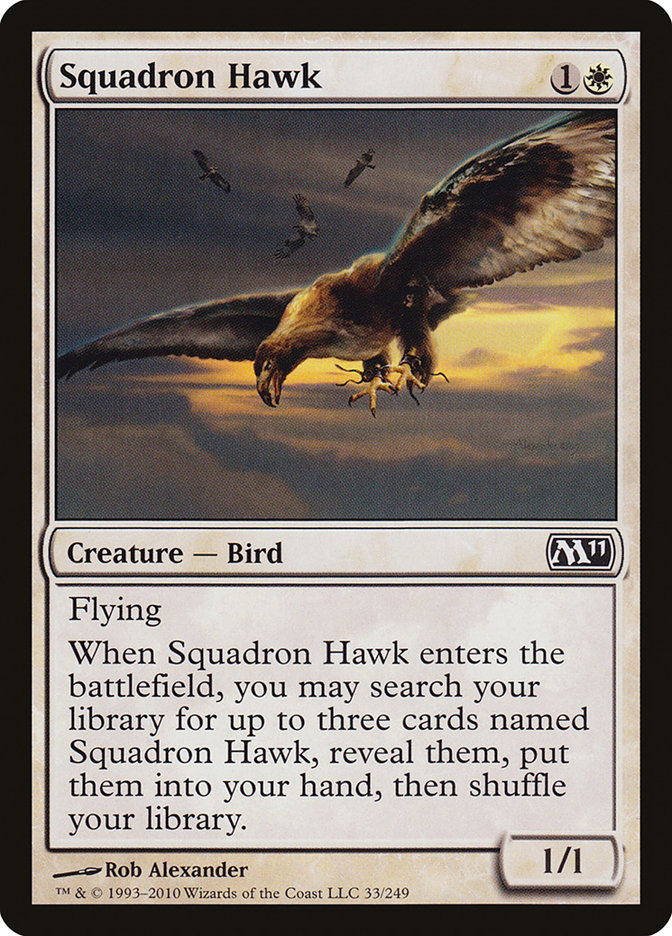 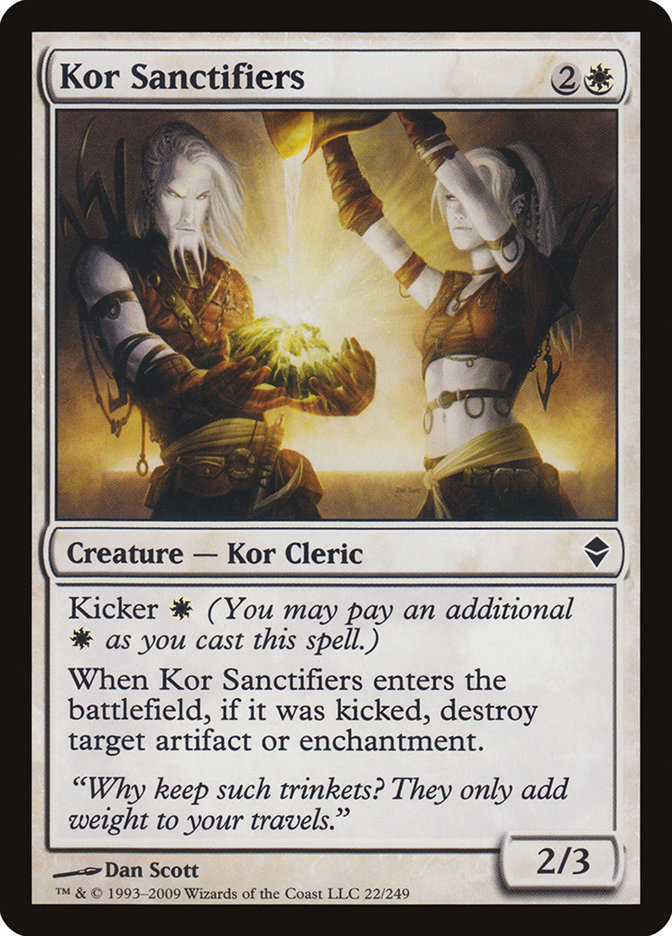 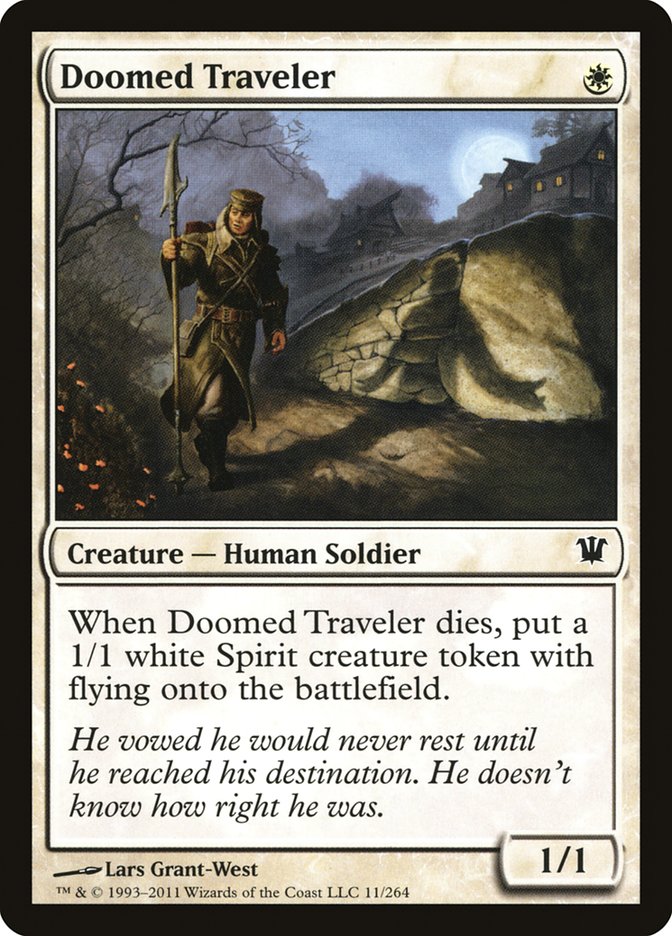 What about the sideboard? As noble as white’s philosophies tend to be, this deck has a proclivity for being plenty hateful (though this was a little more obvious back in the days of Grapeshot and Empty the Warrens). With Benevolent Unicorn, Holy Light, Prismatic Strands and Suture Priest available to it, White Weenie had more answers to the format’s dearly-departed combo decks than most. Even without traditional Storm combo in the format, there are plenty of robust options available to us for post-sideboard games.

Nevertheless, these days things are a bit hazier. Deciding who to come “pre-boarded” against, and how much sideboard space we should devote to decks X and Y poses quite the challenge (at least it does for me). Has the metagame settled down enough to really present us with a clear picture of the most prominent decks? I’m not so sure. But at the end of the day you gotta sleeve up something, so I’ll do my best to take all of the key players into account.

It would be more than foolish to ignore the groundwork set by recent Daily Event competitors, especially when a number of similar White Weenie lists have been performing admirably. At the same time, I’m no stranger to the deck and have a few of my own suggestions to throw into the think tank.

So let’s look at some of the commonalities between these decks and decide which of these shared attributes should be either ignored or emulated. I present to you a couple of recent White Weenie winners:

Now the first commonality I’d like to note (and also harp on) is the land count. The vast majority of White Weenie lists that have placed are sporting a land count of twenty or less. Twenty lands or less is a notably popular attribute of many Pauper decks (for better or for worse), but I’d like to posit that in the aforementioned decklists that land count is just wrong.

It all comes down to mana curve, and when our mana curve involves three-drops (Prismatic Strands, even Razor Golem counts here) and four-drops (Guardian of the Guildpact and technically Kor Sanctifiers), we want to make sure we’re consistently hitting those land drops. This is doubly true when said three- and four-drops are of considerable importance to us (as is the case with the above lists).

While I am certainly in the minority, I feel that 22 lands is just about the minimum for a deck running so many components at the three- and four-mana mark. You are more than welcome to disagree, and if you do please make it known in the comments section below. Keep in mind, however, that I’ve been playing White Weenie since I first started playing Pauper (and long before that), so I have a fair share of experience to back up my claims.

Moving on, there are a number of interesting and commendable trends cropping up in the contemporary White Weenie lists. We’ll begin with our early game, as it generally consists of first turn plays like Bonesplitter, Doomed Traveler, Icatian Javelineers and War Falcon. While Benevolent Bodyguard is also seeing some frontline service, he is not what I would consider an archetype “staple.”

It’s interesting to note that the full playsets of the formerly-prevalent War Falcon are fewer and farther between right now. This may be due to a communal attitude that the format has slowed down, or may be due to the fact that creatures like Cuombajj Witches are seeing a fair share of play. 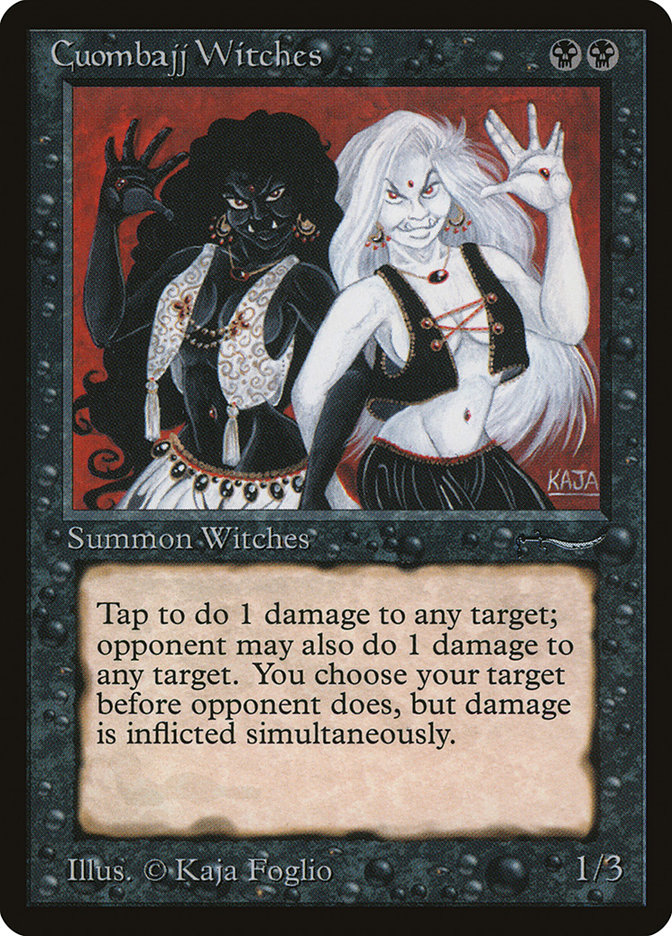 I still have a bit of a hunch that the faster clock presented by War Falcon openings will be a necessary component of this archetype (thereby requiring the fourth copy to perhaps also be incorporated), but I guess we’ll just have to wait and see about that.

To play my own devil’s advocate, not playing War Falcon at all does free up some additional deck space, as the requirement for Knights and Soldiers in the deck would no longer exist. This makes incorporating pseudo-powerhouses like Guardian of the Guildpact and Razor Golem much more feasible, so there are certainly some benefits to the idea.

I do feel that in a deck like this (a deck that wins with either evasion, an overwhelming board presence, or both) having an adequate number of first and second turn plays is absolutely paramount. Ten to fourteen is an agreed-upon sweet spot for the former, and should be abided by at all times. The early game is not, I repeat: not where we should be cutting corners and skimping. Why? Because that’s where our deck lives. The early game is our home. And while we do take a midrange stance in a number of matchups, we can’t deny that our primary objective is to beat down.

White Weenie: Where I’m At

I started my most recent bout of Pauper testing with this list that 4-0ed on October 18th:

I’ve since made some adjustments, and am currently sitting right about here:

My thoughts on this list overall? The evasion is strong with this one. The big butts that block can be flown over or slipped past (thanks Guardian!), and often just aggressively swung into thanks to Bonesplitter and Razor Golem. Having three toughness or more seems pretty solid right now, as three toughness outperforms Chittering Rats, Glint Hawk, Mulldrifter, Trinket Mage and a bunch of other stuff I’m forgetting.

We’re bolstering what I consider a bare minimum of ten first-turn plays, and supplementing that with ten realistic two-drops (that’s to say, we won’t be casting Kor Skyfisher on turn two incredibly often… unless we’ve got a Bonesplitter or blockable 1/1 to bounce). Our removal suite is a 3/2 split of Unmake and Journey to Nowhere, though many have suggested I up the Journey count. I think this is reasonable, though I’m a bit paranoid about getting my Journeys busted or not having an instant-speed removal spell when I need one.

Some of the more glaring exclusions include War Falcon and Leonin Skyhunter. Both seem soft in the mirror (as equipped Hawks happily trade with them and Skyfishers just stop them), but may very well be admirably positioned in the current environment. Making room for everything we want is never easy, so if you’ve got any suggestions on that front please send them my way!

And that sideboard, it is clunky for sure. I am certainly hoping that this will get ironed out over time, as I get a better grasp of what to expect from the metagame in Pauper events. The popularity of these events is just so high right now that there’s a lot of data to be collected (and a big thanks to the brave few that actually do this kind of collecting!).

It may be correct to go up to 4x Dust to Dust, since a full set has gained appeal with Affinity as one of the top three or so decks in terms of popularity. It’s also just an extremely powerful card, and not to be taken lightly. The split between Acolyte and Order of Leitbur will continue until I can figure out which one is more effective. As of yet, I’ve found the Acolyte’s activated ability to be quite potent, though Order usually works better in the red zone (at least in the late game, where its potential as a mana sink is fully realized).

Having a single Rune of Protection: Red seems like a good idea if burn decks continue to show their angry faces. The fact of the matter is that Suture Priest just doesn’t cut it against them, so our best weapons are going to be Prismatic Strands and the Rune, in my opinion.

Standard Bearer has the considerably useful attribute of blanking a number of auras and pump spells (Assault Strobe, Ethereal Armor, Rancor and Vines of Vastwood come to mind), but its relevance to the format may be on the decline. Lastly, Suture Priest if very handy in the mirror as long as you can keep opposing Javelineers off of the table. With a high creature count in the format overall, I feel like Suture Priest may be worthwhile in some of the other matchups as well.

I feel like this is a pretty good starting point for our mono white escapades. What I’d like from all of you now is some suggestions on how to best improve the deck. What cards am I missing? What cards am I overvaluing? What numbers are off, and which ones are spot-on?

Unfortunately I haven’t had much time for Daily Events lately, but that will change by the time our next article rolls around! Stay tuned, and please continue to help me better navigate the format.