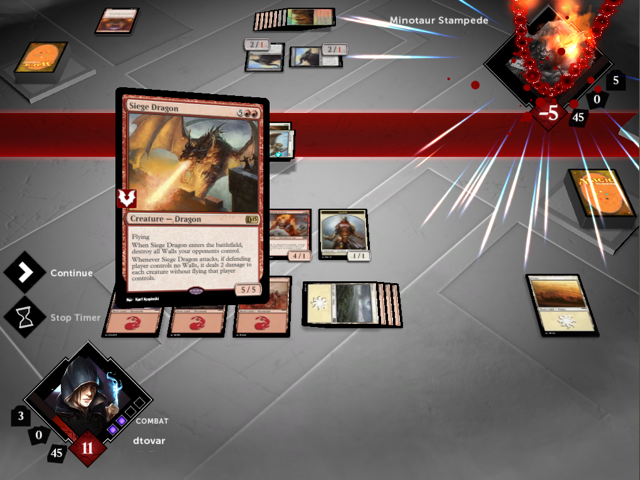 The quick answer to each of these questions is not really. Stainless Games made Magic 2015 a lot different from its predecessors, but unfortunately these differences are mostly bad things rather than improvements. For example, there is no two-headed giant mode. This is a deal breaker for many long-time fans of the series because 2HG was their favorite mode. It’s difficult for a lot of people to get two-headed giant games together in real life, especially if you wanted to play with a family member who wasn’t really into playing Magic to begin with. Duels of the Planeswalkers provided a means of being able to participate in a 2HG anytime with friends and family locally or online. The removal of this mode is really quite baffling because it was one of the most popular modes in the game.

The freely customizable deck building actually detracts from the essence of what Duels of the Planeswalkers has been known for. No longer can you just jump online with a fully functional pre-built deck. In fact, you can’t even play online multiplayer at all until you unlock it by playing through the first section of the campaign. Once you do that, however, you will be given a very basic starter deck featuring a combination of two colors that you will then use to build off of via unlocking booster packs. Choose your colors carefully because this is going to be the deck that you use for a very, very long time. 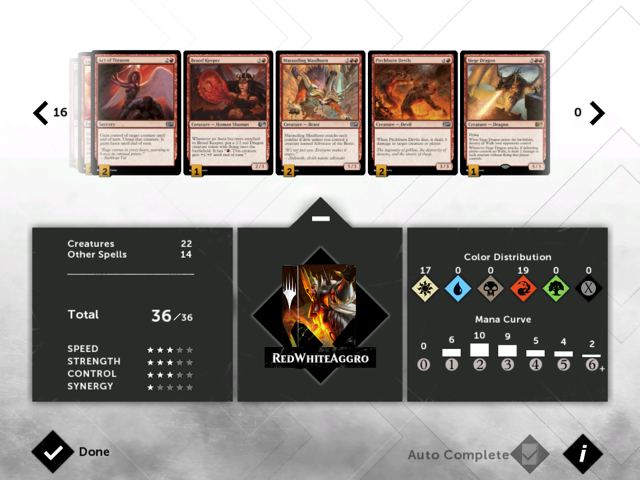 The starter deck that you are given is incredibly weak. It’s so weak it almost makes the game unplayable because the A.I. decks in the campaign are simply so much better. How is a deck whose cornerstone cards are stuff like Standing Troops and Bloodflow Connoisseur supposed to legitimately be able to compete with a deck that has multiples of Primordial Hydra and Protean Hydra? When your deck is that weak you don’t even have anything that you hope to draw. Nobody is going to say, “Gee, if I can only survive until I draw my Thraben Purebloods I’ll be okay.” It’s such an unbalanced matchup that you will simply have to play matches over and over hoping for the perfect draw.

In past Duels games you had decks with strong cards like Angelic Overseer and Primeval Titan at your fingertips from the very get-go. The pre-built decks also had synergy. There was a humans and angels deck, an Eldrazi ramp deck, slivers, auras, etc. The decks you will build in Magic 2015 will all inevitably be just a hodgepodge of cards that you have thrown together over time.

Rather than unlocking a powerful new card with each win like in past Duels of the Planeswalkers games, now you unlock a booster pack. This sounds nice at first, but boosters don’t necessarily always contain rares in them which is kind of weird. One of the early ones I opened literally just had three commons. Since the cards you open are semi-random (some boosters seem to give you the same types of cards at specific moments), this means that it will take an incredibly long time for you to build up your deck so that it is respectably strong, let alone earn enough cards to create a second or even third deck from scratch. Being pretty much limited to playing one super weak deck for countless hours of gameplay really kills this game.

You can also buy premium booster packs containing cards that you can’t earn normally in the game. These are, of course, some of the best cards like Stoneforge Mystic and Doubling Season. Each booster pack costs $1.99 and you need to buy fourteen of them to receive every premium card. In the past you could unlock every card in DotP simply by playing a lot. This new “pay to win” system isn’t what Duels of the Planeswalkers is supposed to be about. Duels was fun because you only had to buy the game and then that was it. Magic can be a prohibitively expensive hobby so being able to plop down $10 and have countless hours of fun with cards you otherwise would never have been able to afford was part of the game’s charm. Yes there were paid DLC decks added later, but you didn’t have to pay for cards that made your current decks actually viable. This whole premium booster business seems too much like a money grab.

Perhaps the biggest problem with deck building is the card pool is simply too small. There are roughly about 300 cards in total with a little over 50 cards per color. This means that if you wanted to build a single-color deck, there is pretty much only one or maybe two versions of that deck you could conceivably build that are viable enough to play, even if you had every single card unlocked. This isn’t exactly what players were thinking when they asked for fully customizable decks. 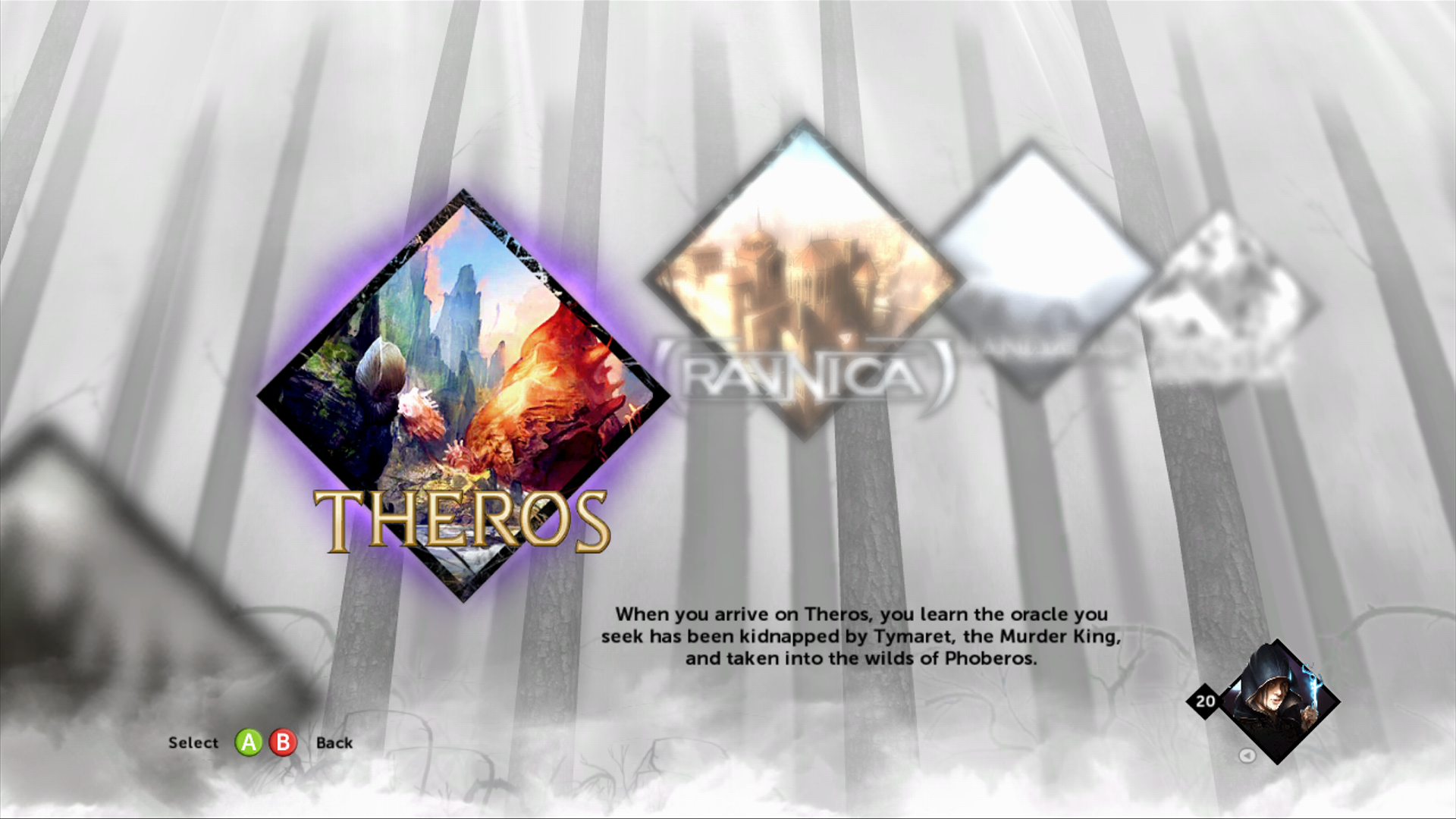 Magic 2014 already had a Sealed Deck mode where you opened boosters and constructed your own deck freely. This was just an extra game mode added to the rest of what Magic 2014 offered, though. It seems like they took this mode and made it into the centerpiece of Magic 2015 then scrapped the rest of the game. It feels almost like Magic 2015 is only 25% of a full game.

One other complaint worth mentioning in this review is that the automatic land-tapping A.I. has actually gotten dumber from previous versions of the game. One time I had one Plains and two Swamps on the battlefield with a Trained Caracal and Child of Night in my hand. Thinking it would probably be safe, I played the Child of Night first. I was shocked to see the game tapped the Plains and a Swamp leaving one swamp untapped despite the fact the only card I had left in my hand at that point was a white card. You can tap mana manually to avoid such problems, but the game should know better than this when you only have one color left in your hand.

The user interface also got an upgrade and looks much more polished than last year’s game. It’s a lot less glitchy than before and the battlefield is now more dynamic, splitting apart during combat to reveal a combat zone that attackers tap into.

In conclusion, Magic 2015: Duels of the Planeswalkers is arguably the worst game in the series. The free range deck building has actually turned out to be a negative rather than a positive feature. It took away the essence of Duels of the Planeswalkers and made the game simply not fun to play because your cards are too limited and too weak. In order to get the really good cards, you have to pay, and at that point, why not just pay $20 or $30 to build an actual deck on Magic Online? Magic 2015 may be worth looking into strictly if you are a new player trying to learn the ropes, but even then you might be better off checking out Magic 2014 instead. It’s still only $9.99 and is a far better game in almost all respects.

Note: This review is based upon a review copy of the game provided by Wizards of the Coast.