“Ms. Handy, thanks for coming to your performance review.”

“So you play Magic at a near-professional level, is that fair to say?”

“All right, take me through a week in the life of ‘the boss.'” 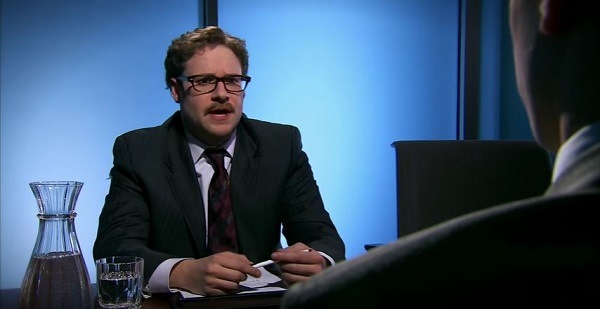 All kidding aside, there is a lot of work that goes into staying prepared for regular high-level Magic tournaments. Before this set, I was always working with a team that didn’t want to disclose information, making it hard to write about the process that led up to playing a certain deck at a tournament.

Today? I worked with a smaller ragtag group of players from the eastern seaboard, eventually landing on this:

What people tend to see with deck selection and card choices is the final product, without a single look into what went into building that deck and the events leading up to registering the final 75.

This last week in particular has been particularly trying in my world, with two different banned and restricted announcements, an article, a rewrite of said article, a stomach bug, and trying to fit in other parts of my “normal” life. In a lot of ways it’s exhilarating and romantic, and in other ways it creates enormous amounts of stress out of something that is normally a stress-reliever.

In the past, I’ve alluded to the difficulties of fitting Magic in the life of someone who doesn’t play Magic professionally, but what does it look like for somebody who does? 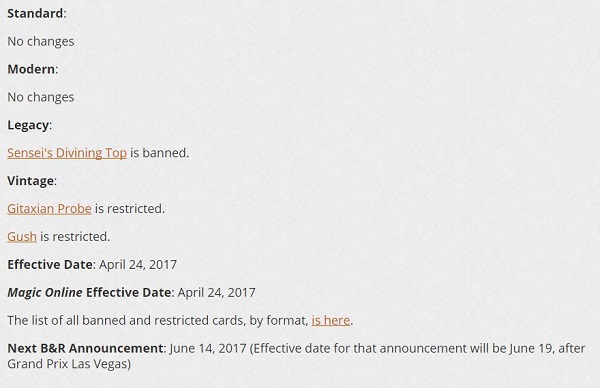 Oh. Okay. Felidar Guardian isn’t getting banned. This means that the format will likely be a bunch of updates on old decks; I touched on the reasoning a couple of weeks ago.

Based on the resources we have available, our team has elected to have one player playtest Saheeli Combo on Magic Online, one player playtest G/B Constrictor, and one player playtest Mardu Vehicles. Rather than try to reinvent the wheel in a few days, it is easier to devote time to beating what we perceive as the “best decks” that people will bring to the tournament.

I log on to Magic Online as soon as the downtime for maintenance (to ban the appropriate cards in their respective formats) concludes and begin drafting. Many of the rares in the set are still near-impossible to find at any of the bots, and Cast Out is proving miserably difficult to come across.

I stream on Monday nights, and after wrapping up the stream, I stay up until about 5am playtesting Saheeli Combo in Standard Leagues.

After the first League, I realized I was bringing Nahiri, the Harbinger in almost everywhere and she should likely be maindeck. People are using Cast Out to fight planeswalkers, and Nahiri punishes this rather thoroughly. Glorybringer is even better than predicted and should be in the maindeck as well. The best draws involve Servant of the Conduit on turn 2, so trying to push that is likely a good place to be.

Tuesday is my submission date for StarCityGames.com, and I have to make sure my article is completed. Making sure I have enough time to playtest and get my article submitted, I wake up at 9:30 and begin playing more leagues on Magic Online with a plan to try out as many different sideboard cards as possible.

Our Mardu Vehicles player has reported unspectacular results and said the deck is basically as it always was. Cut//Ribbons isn’t as good as he’d hoped it would be, but it’s a reasonable inclusion. Not effectively dealing with Saheeli Combo is a strike against it, but without some sort of breakthrough, it doesn’t look like the best deck for the weekend. 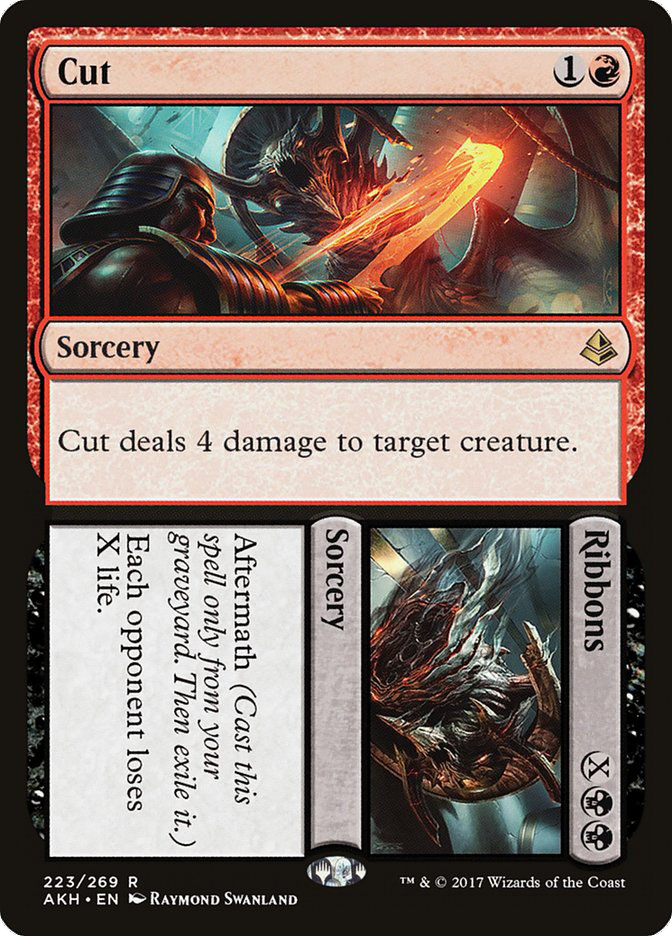 Jadine is having trouble winning with newer iterations of G/B Constrictor against the field and is losing hope. While I write my article, she borrows the Four-Color Saheeli deck to playtest and refine the sideboard choices.

After completing my article and submitting it, I take the cards for Four-Color Saheeli back from Jadine and begin playing in more Competitive Standard Leagues.

After the eighth or ninth consecutive 3-2 or better in Leagues, I work to convince the rest of the team to play Four-Color Saheeli at #SCGATL, and it doesn’t take much.

After ordering the cards that people are missing for different permutations of the deck, I play another league and go to bed around 4am.

After several late-late nights, I get about eight hours of sleep and begin running more games with Four-Color Saheeli, playing with numbers and sideboard plans. Torrential Gearhulk decks are starting to adapt to the concentration of Felidar Guardian decks, and the matchup is looking rough. Jadine’s solution is to play flash creatures, and the final League before I go to my other job for a short shift leans pretty hard towards playing on the opponent’s turn:

The specifics of the list aren’t particularly important, but it feels very good. Samut, Voice of Dissent is better than I thought it would be, and Elder Deep-Fiend is just as good at punking out unsuspecting victims as it always has been.

While at work, disaster strikes: 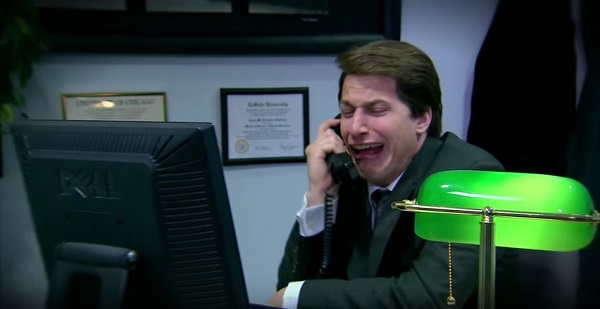 Let’s get one thing out of the way: in the grand scheme of things, banning Felidar Guardian is very good for Magic. The format in which Felidar Guardian was allowed to be played was incredibly oppressive. It took about three days of Magic Online for it to be clear that the format was already almost solved, and decks were already becoming inbred to fight these archetypes.

That being said, Wizards of the Coast likely could have handled this better. A majority of people griping about Felidar Guardian’s ban were upset that they felt tricked. People purchased cards under the assumption that they would be legal for at least a few weeks. People made plans to [not] attend tournaments because they wanted to play with or against certain strategies.

Even removing my own circumstances from the equation, it felt incredibly dishonest of Wizards of the Coast to wait two-and-a-half days and instantly remove a major archetype the pool of legal cards.

With over half of our playtesting time thrown out the window, our playtesting group calls an emergency council of war, so to speak. Everybody has an hour to think of their best ideas of what to do, and we go from there. The update doesn’t hit Magic Online until the next morning, but we have multiple Magic Online accounts and can play against one another.

The biggest shift I see in the format is there are two major archetypes that benefit from Felidar Guardian getting the axe: tapout midrange/control decks and synergy-based decks. Before this ban, the synergy decks had to dilute their own synergies to make sure they could interact in a way that would prevent millions of 1/4 Cats raining on their parade, and slower tapout decks couldn’t reliably tap out for fear of the opponent casting both Saheeli Rai and Felidar Guardian in the same turn.

Naturally, we gravitated towards Ishkanah, Grafwidow.

Before the existence of Four-Color Saheeli, B/G Delirium was considered one of the best decks in Standard, and tanking up seems like a fantastic strategy against Mardu Vehicles.

Regional friend Brent Clift has offered to play against us while we Four-Headed Giant our side of the table to figure out the deck’s inner workings. He seems pretty high on Torrential Gearhulk, but his list seems a little scattered:

Despite the assumption that the B/G Delirium deck with Liliana, Death’s Majesty can’t be out-grinded, we can’t beat Brent. We even added Dispossess and were regularly getting the Torrential Gearhulks out of his deck, only to still lose to Wandering Fumarole beatdown.

After demolishing our team’s Mardu Vehicles deck, yet being unable to consistently beat Torrential Gearhulk, around 5am the team calls it a night and is as undecided as ever on what the “team deck” should be. At this point, I’m all-in on Torrential Gearhulk, as the games against Brent were incredibly impressive.

After calling in to work, I resign myself to alternating between the bathroom and Magic Online for the day, only finishing three Leagues as a result.

After fitting in a Magic coaching session with a student over the internet (Go Go Gadget Shameless Self-Promotion!), I run the following 75 through a pair of Leagues:

Despite the list being unfocused, I am able to cobble together a pair of 4-1 finishes, with a good bit of notes saved on my desktop. I find myself in bed at a reasonable hour for the first time in days.

I wake up at 10am and feel like a million bucks. I am stomach bug-free, rested, and ready to jam some MODO…except the thought of playing more Magic online is revolting.

After finishing the League I left the night before, I can’t make myself want to play any more Magic on the computer. After sitting at my desk for approximately 65 hours in the last four days, there is nothing that sounds worse than forcing myself to do it for another League or two before heading out to Atlanta.

Instead of trying to stomach more games of Magic than my brain tells me I can handle, I begin Elephant Method-ing a sideboard with the Jeskai deck. After about three hours of coming up with different 75-card configurations, I finally find what I believe to be the closest thing to perfect I can arrive to, given the circumstances.

My final list? The same decklist from the beginning of the article and my deck tech with Nick Miller:

The questionable cards are explained in the aforementioned deck tech, and I couldn’t be much happier with where I landed going into the weekend. The deck ran smoothly, with most of my losses being to some sort of mana flood or color screw-related issue.

The answers in the deck are so versatile that I strongly recommend picking up and trying out Torrential Gearhulk going forward, with a bit of a stronger slant towards Mardu Vehicles.

This article isn’t to whine about the rough life that comes with regularly staying up-to-date on current trends in Magic; almost the opposite, in fact. This is all to say that hard work pays off, and that even without winning the entire tournament, knowing how to pilot a deck (and archetype) is worth the amount of work required to learn an adequate amount to compete.

Thinking of trying to grind larger Magic events on the norm? Be ready to put similar amounts of work in, or learn to playtest effectively enough to make up for the deficit in time spent. The competition is working hard to win, so you have to work even harder to do better. 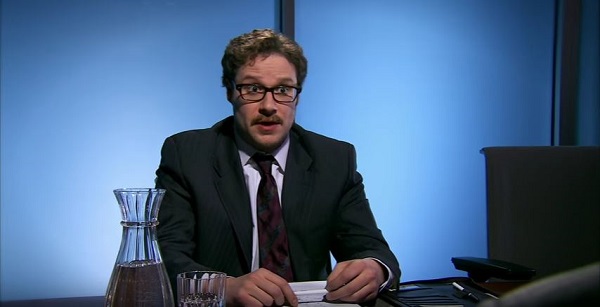 “Uh-huh, so that’s an average week for you?”

“You alternate between the bathroom and Magic Online for hours on end?”

“I think you said something in there about crying deeply over the Felidar Guardian ban?”

Enjoy an upcoming video set with the updated deck from our own Ari Lax!