Today I’m going to try my own take on Grixis Control, pushing Kolaghan’s Command as I discussed in my article this week. I’m using Mulldrifters, a Shriekmaw and maindeck Fulminator Mages to push the “return target creature from your graveyard to your hand” mode. My thinking is that these all complement each other pretty well – Fulminator Mage buys time for Mulldrifter, and Mulldrifter + Kolaghan’s Command give me enough card advantage that eventually my opponent has nothing else left and I just want to go after their lands. This also offers maindeck hate against the land decks and keeps my Mana Leaks live later in the game.

It’s always fun when you get to slowly discover what your opponent’s deck does over the course of the first game, especially when it turns out to be something sweet.

I think that was a reasonable demonstration of how good I think this matchup might be. In the first game, I didn’t have any dedicated hate or interaction, but I was basically able to just work around what they’re doing to find a win. In the second game, I showed how the Fulminator Mage/Kolaghan’s Command/Snapcaster Mage engine can compound into a huge amount of land destruction, and playing on “hard mode” with the missed stop further demonstrated how much play you have against them.

The first game was a pretty typical case of keeping a hand that isn’t good against Twin and getting beaten by it, with a side note that it’s a little surprising that my opponent went for it there, but I suspect it just means they had another Splinter Twin in hand. That second game was just painful.

Protecting my Snapcaster Mage with Dispel in the third game was definitely wrong. Playing the Snapcaster Mage was about tempo and mana efficiency while I was low on lands, it was never a serious gameplan, and I shouldn’t have imagined that it could be. Once I had my third land, I’d be able to cast my spells and I had Keranos, God of Storms as plan to win the game eventually. I should have realized that Dispel wasn’t going to lose value and I’d need it going forward. That said, the matchup seems pretty rough, as I’m really not well set up to deal with Geist of Saint Traft.

In the Blue mirrors, I think in general, you want to go under the other person, since that’s when counters are best. This build gives up a lot there, moving away from both Delver of Secrets, Young Pyromancer, and delve creatures, and picks up value against non-blue midrange decks and decks that are weak against Fulminator Mage. 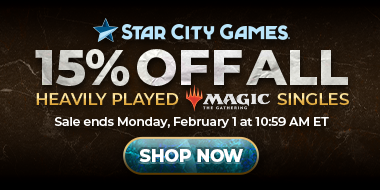