I wanted to write about Hardened Scales as soon as possible with the release of Modern Horizons 2. It’s a personal favourite and fan favourite that was explicitly pushed in this set and seemed ready to make its return. For Week 1 at least it seemed more responsible to look at the results from the weekend instead and use them to form some first impressions of this new Modern.

Luckily, I get to do both!

I won the Modern Challenge on Magic Online this past Sunday with a rough list of Hardened Scales trying as many of the new cards as possible. After this initial success, I’m confident that a more refined build can be a real player in Modern and have a better idea of what that looks like.

Let’s start with the elephant in the room:

I listed Urza’s Saga as my favourite card in the set and the one most likely to be banned and I think I was still underrating it. In just this first batch of results it can be found reviving artifact-centric decks like Lantern Control, bringing a scary speed and consistency to Amulet Titan, and even inspiring a new take on Azorius Control where the card is a flexible finisher and toolbox that can be woven into the manabase. 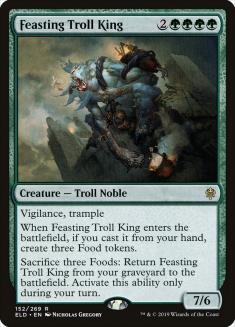 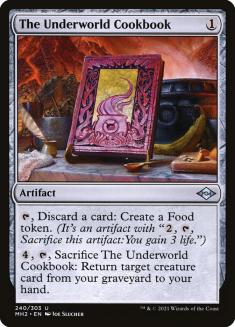 Urza’s Saga is also threatening to turn a cute gimmick that gets Twitter excited for a few hours into the second coming of Hogaak, Arisen Necropolis (from Throne of Eldraine, of course).

The card can show up in these unexpected places because very little work is required to make it good. Hardened Scales gets to make it great without even trying but this goes beyond the obvious truth that Constructs are better when you have artifacts lying around: 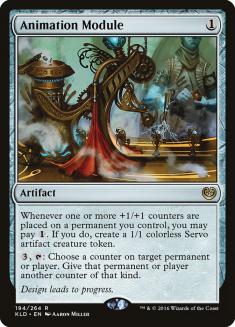 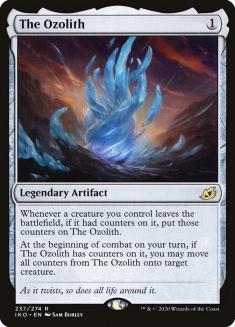 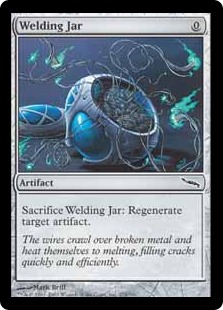 Previous Hardened Scales builds leaned on a web of engine pieces that each placed different demands on you. The Ozolith turbo-charges your best draws but requires a steady stream of creatures and is useless in multiples. Animation Module can out-grind anyone with the right tools but you can’t run too many copies when you can’t guarantee this is what the games will be about. Welding Jar is the best Spellskite you could hope for or a dead card whose greatest ambition is being sacrificed to Arcbound Ravager.

Draws with several of these conditional cards were more susceptible to interaction of any kind but there weren’t alternatives that were strong across the board so some mix of them was necessary. The rest of Modern Horizons 2 fills in those gaps and Urza’s Saga lets you enjoy consistent access to these effects with minimal risk of flooding on them. 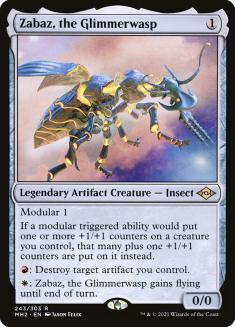 After making two threats with Urza’s Saga, sometimes you just want a third. Zabaz, the Glimmerwasp is the best one given the constraints of the deck and is a searchable Hardened Scales imitation for Arcbound Ravager or the other, more dopey modular creatures. As I’ll cover in Zabaz’s own section, sometimes the best reason to find Zabaz is that you already have one. 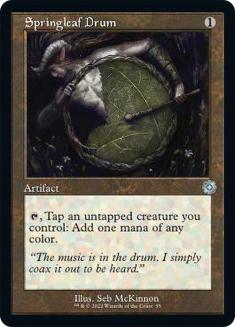 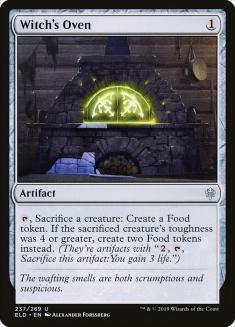 The list I used as a starting point came from Scales expert Joan Carrasco (@MrSeriMTG) who was trying a wide array of Urza’s Saga targets. Witch’s Oven is likely too narrow (especially with Zabaz moonlighting as a fetchable sacrifice outlet sometimes) but their inclusion of Springleaf Drum was smart and I regretted cutting it. Hardened Scales is an incredibly mana-hungry deck and you're often exactly one mana short of finding a lethal line or accomplishing some short-term goal. Drum offering a form of mana fixing (letting you keep hands with all colourless lands and still cast Stirrings or Scales) and unlocking both abilities on Zabaz is useful too. 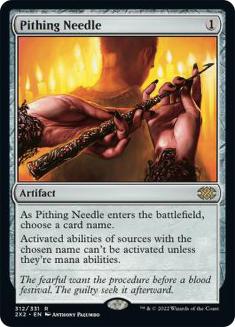 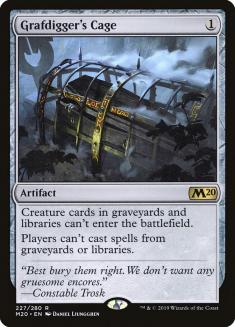 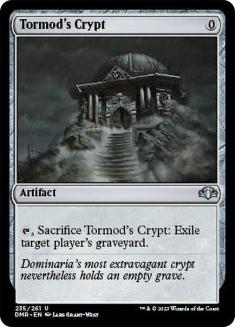 A fundamental weakness of Hardened Scales is that it lacks the raw speed to compensate for a lack of interaction — linear decks that don’t have to win in combat are tough matchups (though Walking Ballista dominates the game against creature decks often enough that you claw back some equity there). Hate in the form of cheap artifacts is the best way to repair those matchups and Urza’s Saga lets you hedge against all of them and avoid the classic Modern dilemma of picking which combo decks you don’t want to lose to this week. If a clear target does emerge, several copies of Pithing Needle or some equivalent alongside Urza’s Saga and Ancient Stirrings will make Needle or its equivalent a reliable feature of sideboard games. 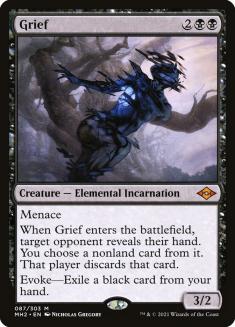 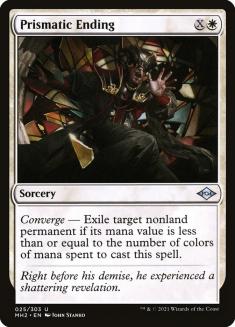 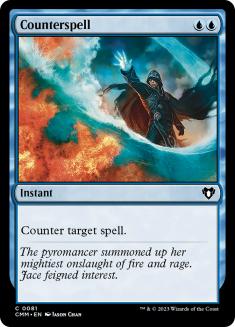 The full range of interaction from discard and counters to removal all received a substantial boost is Modern Horizons 2 and each of these can be problematic for Hardened Scales. Urza’s Saga bypasses or grinds through all of these and boasts card types that are hard to interact with profitably. Urza’s Saga may be the single biggest issue for Counterspell in Modern right now — it’s so strong against reactive strategies that control decks that play Saga themselves are likely to be heavily favoured in mirrors. 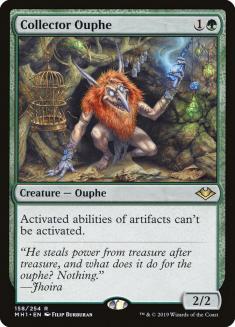 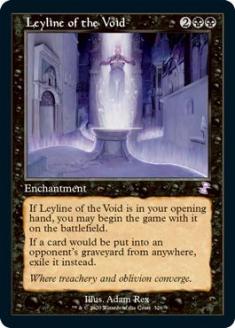 Nobody is prepared for Hardened Scales specifically (at least they weren’t on Sunday) but it suffers splash damage from the go-to hate for artifact and graveyard decks. Large Constructs are the easiest way to power through this.

Hardened Scales gets the other additions from Modern Horizons 2 all to itself:

Dom Harvey: Zabaz, the Glimmerwasp. Solitary Confinement is a card I’ve ranted about at length as Ari Lax waited patiently but that’s my most-hated card in Judgment that somehow ended up in this set. I was stunned to learn from Sam Black’s article that Karakas was on the initial reprint list (seriously, are you kidding me?!) and nothing else would have come close if they hadn’t fixed that mistake. As it is, my pick is Zabaz, the Glimmerwasp.

As a Hardened Scales enthusiast, I expected to be an ardent member of the Zabaz hive but I’m more confused than excited. Urza’s Saga is a deeply strange card but leans into that and there’s a lot of value in pushing the envelope with designs like that; Zabaz is needlessly complicated and hard to parse without any real reward. I expect a lot of judge calls (or pregnant pauses on Magic Online for now) as players understandably but incorrectly assume that ‘Modular N’ is itself a ‘modular triggered ability’ or that Zabaz’ replacement ability boosts its own Modular trigger when it dies.

Its activated abilities are seemingly random (why does a wasp not have flying as a default?) without the context of needing to fix its colour identity for Commander. At this point, with Commander the most popular format and a focus of every new set, these questions should be dealt with in-house and with a clear design philosophy rather than forcing designers to jump through these hoops just so that a card can meet arbitrary, outdated criteria for colour identity.

Look, Zabaz and I got off to a bad start. I meant what I said and I still find Zabaz needlessly confusing but you can’t hope to change others. I have to accept it for who it is, remember that it doesn’t have flying before I send it to its death in combat again, and find a way to explain what a ‘modular triggered ability’ is that doesn’t sound like I’m trying to swindle my opponent.