Almost every Limited format is ruled by the battlefield. There are often decks that care about drawing cards and other forms of advantage tangential to the battlefield, but it is quite rare that those decks win the game without a supporting presence there.

The boast mechanic inherently rewards the player who is ahead in terms of battlefield advantage. This is because it only provides an advantage for the attacking player. 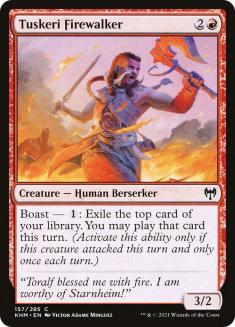 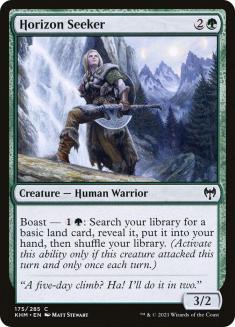 Historically, cards that provide such an advantage when ahead tend to snowball — that advantage compounds insurmountably if not disrupted. I don’t expect boast to provide problematic snowball advantage but it’s important to recognize that it is more powerful than it looks because it provides a repeatable advantage.

Importantly, boast requires a mana investment on top of the ability to attack. Horizon Seeker and Tuskeri Firewalker are commons capable of drawing multiple cards, but unlike Ophidian-style creatures, there’s a trade-off between casting a four-drop and drawing the card from boast. Furthermore, the mana requirement means that multiple boast creatures can’t get out of hand. 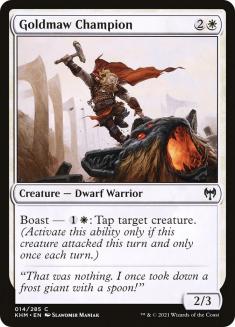 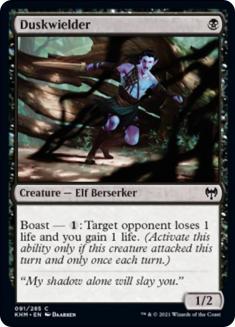 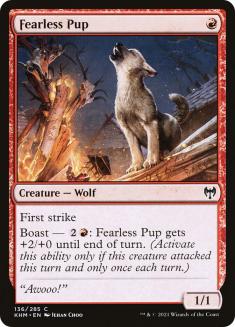 If a boast card isn’t capable of snowballing via providing card advantage, it has a higher bar for the statline and effect. Goldmaw Champion is basically strictly worse than Territorial Hammerskull, but that was one of the best white commons in Ixalan and I expect Champion to be up there as well.

On the other hand, Fearless Pup and Duskwielder are very low-value one-drops and I don’t expect them to have a large impact on the format (especially because one-drops are supposed to get better in multiples, as the decks that use them best want to wheel them and obtain a critical mass). Night Market Lookout was like this in Kaladesh, but Duskwielder won’t do such a good impression.

Where does this leave boast as a mechanic? What does that mean for Kaldheim Limited as a whole?

There shouldn’t be a “boast deck,” as boast cards have diminishing returns. Boast is generally located in white and red, but there are some black and green cards as well. Overall, the mechanic provides many good cards and accentuates the importance of a good battlefield presence (especially due to the quality of the uncommons with the mechanic). 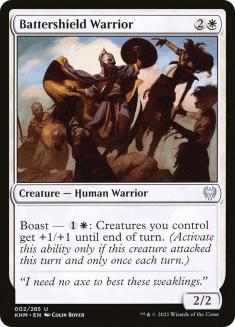 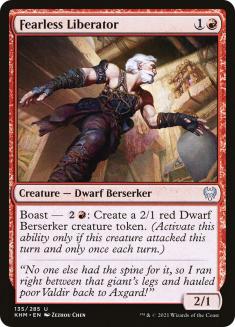 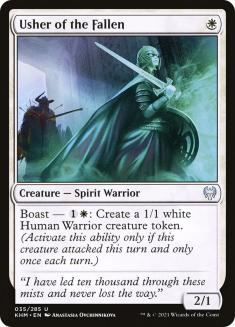 If any of the above uncommons can attack and activate multiple times, especially early, it’s going to be very hard to beat. Earlier this week I spoke about how foretell will be kept in check via the need to have a strong early battlefield presence and I believe the boast mechanic is in the set to supply exactly that.

Kaldheim has a lot of nuance and complexities, but the importance of early-game and battlefield presence is understated in the current discourse. I expect focusing on your curve and mechanisms for early advantage to be a great way to get ahead for the first week.