With Modern Horizons 2 preview week kicking off today, Gavin Verhey used today’s episode of Good Morning Magic to give MH2 Easter egg from some of the cards already revealed.

While players might notice many of the cards previewed so far are influenced by older cards in Magic history, Verhey dived deeper with cards like Diamond Lion, Dakkon, Shadow Slayer, and Flametongue Yearling. 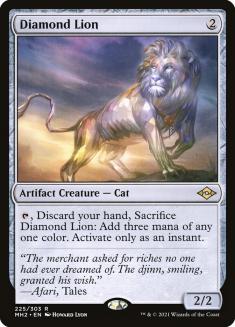 Clearly an inspiration from Lion’s Eye Diamond, but that isn’t all that’s going on with this artifact creature. The flavor text is from Afari, Tales, an often quoted source for flavor text in Mirage block showing up on Mystical Tutor and a few other cards. If you look closely at the art you’ll notice the necklace the lion is wearing is a replica of the earing from the woman in Lion’s Eye Diamond. 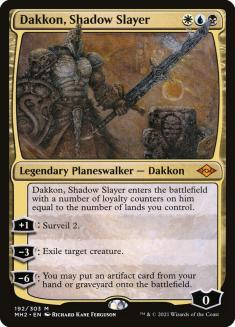 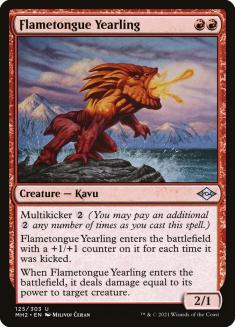 This art shows the Kavu in the same pose and location as the original printing of Flametongue Kavu, but that art has rarely been used so not everyone caught the reference.