Gavin Verhey brought Daniel Holt, UX Designer for MTG tabletop, on Good Morning Magic today to discuss how the snow frame in Kaldheim came to be.

Some of the previous frames Holt was involved with was for the sagas and legendary creatures, allowing players to instantly recognize the differences with the cards from other enchantments and creatures. The snow frame was considered for Modern Horizons but ultimately was shelved. 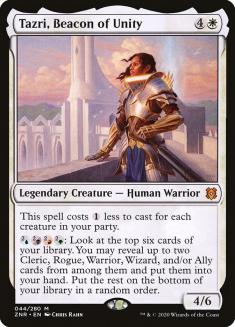 When Holt got involved with Kaldheim he again tried to get the snow frame implemented. His goal was for players to be able to glance at cards and immediately know they counted as snow for the various cards that counted how many snow permanents you had or if a mana source could make snow mana. The idea came from playtesting with the cards and having to constantly look at type lines to know if a card was considered snow or not.

The main concerns when creating and tuning the snow frame were making sure to not wash out the color of the cards’ normal frames while maintaining color identity and keeping the cards legible. In the end the frame looked great and allowed for the flavor and imagery of snow to shine through.