Monday, I start a job with Wizards of the Coast as an associate game designer and this is my last article. I was supposed to do a sideboarding article last week, but got caught up in some life stuff and want to think I can just come back to it in the future.  I’d like to think my time writing articles about Magic and teaching people how to play better aren’t over, but who really knows?  I’m getting a bit ahead of myself.

These farewell articles always lean conversational and meta, and it’s easy to see why.  The incentives for what’s guaranteed to be your last piece for a while are completely different from the normal stuff.  I’m not really trying to win anybody over at this point, and giving people the best way to configure their deck for next week’s metagame isn’t exactly the most fulfilling last dance a writer can come up with.

Instead, it’s hard not to feel tasked with writing something that applies to Magic, and life, in a more general sense – a send-off that sets people up with the tools to be successful in the future, even if you aren’t gonna be there to give them the same info you’ve been passing along for the last few years.

I wanna say it’s less self-important than that, but is it really?  Ultimately, it just kind of feels like this article is my shot at passing along some lightly applicable wisdom without having to worry too much about what it means for next week’s readership.  Hard not to use the opportunity to get a couple of things off my chest and poof off to the great coast in the sky.

So, don’t hate me too much for it, but here are a couple of things I’ve learned, observationally or otherwise, that nobody actually wants to be the one to have to teach.

Who Is This For?

So this one might seem like it’s asking about the article itself, but it’s actually the question you should be asking yourself in most of the actions you take, specifically the ones that involve other people.  The answer isn’t always clear-cut, but it’s ultimately forcing yourself to question what your motivations for doing things are. 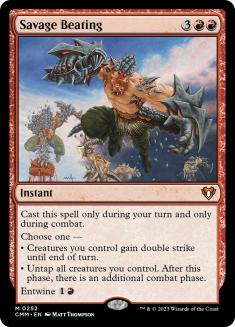 To go ahead and get my obligatory “this applies to Magic” bit out of the way, think about it in the context of something like bad-beat stories.  When you finish a match that leaves you sour, and you’re telling your friend about the details, why are you doing it?  Who are you doing it for?  Does getting into every detail of what went wrong in a game serve to illuminate just how supremely unlucky you are to your friend?  Or are the endless details of missed draw stews, land drops, and so on pricing your friend into doing emotional labor on your behalf?  Each round sees roughly half the people in the tournament losing and it ain’t usually because they ran hot. 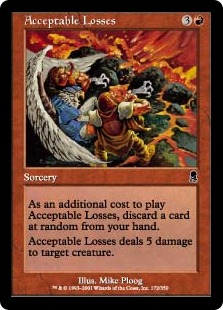 This is a lot of why bad-beat stories are generally negged so hard around people who have been playing the game for a while.  Venting is fine, and in particularly tough losses it’s perfectly normal to lean on friends when trying to process them.  That being said, losing is a normal part of Magic, and even the best players are going to be spending 35-40% of their time filling out match slips in the opponent’s favor.  Processing those losses without pricing the people around you into doing it for you is a big part of being a better player to be around.

The same can apply for any number of facets within Magic, your social interactions, and your life.  If you’re making content or looking into it, who is it for?  When you’re apologizing to somebody, are you doing it to make yourself feel better or to make them feel better?  One of the pithy ways I’ve ever heard this side of things put is, “Excuses only satisfy the people making them.”

To be clear, things can be for yourself.  The purpose of this isn’t to guilt you for doing things that are self-serving.  Magic in particular has so many different sects that the portions of the game you engage with are a conscious choice, and that choice should be for you.  That might sound like a given, but being aware of who you’re playing for is a good way to make sure that you’re enjoying what you’re engaging with, and when it’s time for a change if you aren’t.

What Do You Expect?

This one is actually a confluence of a few things, but the phrasing is a secondhand story from Aaron Barich, when she played against Andrew Cuneo at Pro Tour Battle for Zendikar.  The story goes that Barich had had a great finish with one of the first iterations of Jeskai Black in its Standard format:

After such a great finish playing the deck, Barich naturally registered it in the Pro Tour the following weekend.  She ends up pairing into Cuneo in a mirror and loses the mirror to a version of the deck that’s more tuned for the mirror.  In their postgame chatter, Barich comments thinking the deck was good but not thinking enough people would bring it to tune too heavily for the mirror.  So the story goes, Cuneo simply says the following five words:

“Well, what did you expect?”

A basic enough sentence with a ton of meaning behind it.

What’s really being asked here is, “Given the information you had available and your goals, why did you make the decisions that you did?”  Getting away from the details of the scenario, this is wholly applicable to life outside of the game.

My own favorite farewell article was penned by none other than Gavin Verhey: “What’s Your Endgame?”  The article itself is incredible and I recommend giving it a read.  The point can largely be summed up by asking yourself where you want to be in life and what you’re doing to get from the present to the desired future.  Asking yourself what you expect operates in a similar space but applies the mindset a bit differently.

For a lot of people, asking yourself what your endgame looks like is difficult, because they don’t know.  That’s perfectly fine!  It takes all of us a while to figure out where we want to be in life, and stressing the details isn’t the important part.  Asking what you expect to come of the things you do is the actionable bit here. 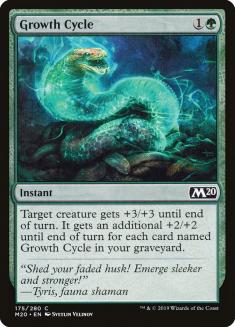 To draw a bit from my own life, I was at a point in my life in my early twenties that wasn’t really sustainable for me.  The things I wanted out of life felt like things I should’ve started sooner and it wasn’t attainable from the point I had progressed to.  I was technically surviving in a number of respects, but there came a point where I had to ask myself if the things I was doing were actually going to get me to a place where I was happy.

Regardless of what actions I took from that point, time was going to continue progressing, and it was on me to make the decisions that I could in order to maximize my own happiness in the future.  So I made some really, really hard short-term decisions for the sake of raising my expected happiness.  Starting to sound a bit like EV, right?  That’s a lot of what the concept itself boils down to. It’s something I touched on in my The Queen’s Gambit article when talking about setting yourself up for success.

There are an infinite number of questions we ask ourselves every day that fit into this paradigm.  The act of drinking water isn’t necessarily the most pleasant thing whenever you do it, but it means that you can expect future-you to be less dehydrated.  Going to bed at a reasonable hour last night means that you can expect to feel more rested today.  Framing this mentality around the mundane helps compartmentalize the mountains that we can climb to reach where we want to be in five, ten, or twenty years.

An important takeaway here is that expectations don’t always have to mean grandiose things.  If you don’t expect yourself to have the same job in five years, make sure that you’re taking some number of actions in the direction of having a new job.  If there’s a certain job that you want, you need to put yourself in a spot where you can expect yourself to be a reasonable candidate for the position.

It doesn’t always mean things are going to work out, but it does make it infinitely more likely.  That being said, it’s important to note that my perspective is certainly one tinted by survivorship bias.

Be Cognizant of Variance, but Don’t Blame It

There are more people applying for a job than there are positions to fill.  There’s a specific mix of lands and spells that allows Lava Spike pilots to actually kill their opponents in time.

Tying together the first point of bad-beat stories and the more recent one about understanding your expectations, accepting the possibility that some things aren’t going to work out makes it easier to process when they don’t.  In the same vein, it’s humbling to recognize just how close success can be to failure, and how much of it is out of our control.  I talked about how heavily this can weigh in a recent interview with Dot Esports:

This isn’t a shortcoming of specifically Magic, but a part of how life works.  This plays largely into the previous section involving expectations but hits close enough to home for us as Magic players to give it its own section.

What can be immediately applied to your own mindset from this is rather than honing in on the variance inherent to life, focus more on the parts that you’re in control of.  I’ve beaten the “put yourself in a position to get lucky” drum to death, but it really stands out here.

Figure out what you’re doing for you.

Set yourself on the pathway to happiness.