This isn’t your grandfather’s Affinity deck. In fact, it’s barely an
Affinity deck at all. I’m calling it that because it shares a few cards
with traditional Affinity. There’s Arcbound Ravager, Arcbound Worker (a
staple in the Standard variant for those only familiar with the more recent
Modern iterations), Mox Opal, and a couple others.

But this deck is significantly different than previous Affinity decks on a
structural level. Rather than go wide with cheap creatures like Signal
Pest, Ornithopter, and Vault Skirge, we’re trying to go big. How you ask?
Hardened Scales, of course. 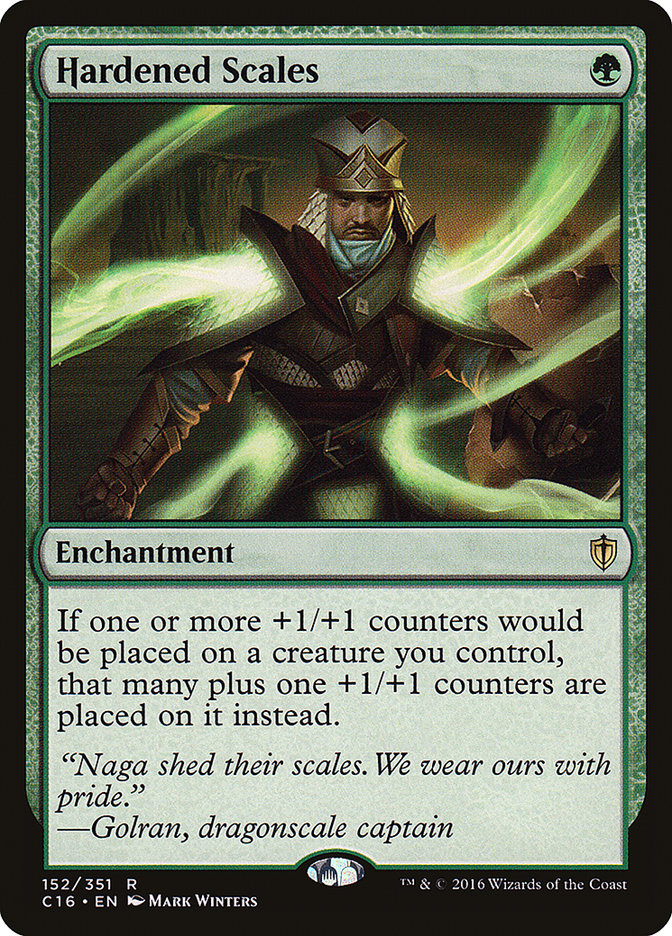 As it turns out, Hardened Scales has a lot of synergy with various artifact
creatures in Modern. It’s great with modular creatures, especially Arcbound
Ravager. It supercharges Steel Overseer, and we saw in Standard what it can
do with Hangarback Walker, so it and the similar Walking Ballista also make
good additions.

This deck isn’t going as explosive out of the gates as traditional
Affinity, taking a turn or two to set up, but once the engine gets rolling
things get out of control almost immediately. The ability to put a bunch of
counters on a Hangarback Walker and then sacrifice it with Arcbound Ravager
can give you an army of fliers to pump with Steel Overseer or a pile of
artifacts to sacrifice with Arcbound Ravager and make every attacker
lethal. You can also go all-in on Walking Ballista to fireball your
opponent if combat isn’t an option.

With these synergies as the main plan and no Springleaf Drum to enable, the
switch away from zero-mana creatures and toward Welding Jar is a heady one,
as that card has always overperformed in my eyes anyway. I also like role
player Throne of Geth, which naturally enables all the synergies in the
deck even if you just sacrifice it to itself as a one-shot effect. But at
its best you get sequences like the following:

T4: Throne of Geth, pump Hangarback Walker (6 counters), sacrifice Walker
to Throne, get six Thopters, then activate Steel Overseer with the Throne
ability on the stack

And unlike traditional Affinity, this deck doesn’t have you drawing Memnite
on turn 6 and questioning all your life choices. Almost all your draws are
good topdecks, especially Ancient Stirrings and Evolutionary Leap. You’re
going to be worse against the fast combo decks, but much better against
heavy disruption, which is where Modern sits right now.