Thanks to the overwhelming support from all tiers of the Magic: The Gathering community, 2013 has been an amazing year for StarCityGames.com Organized Play programs. Back in October, I wrote an article discussing a number of things we have planned for 2014. Today, I’m excited to reveal even more, so grab a seat because we’ve got some exciting stuff here!

Our 2014 Q2 schedule is jam-packed with eleven Open Series weekends, a Team Sealed 5K Classic, the first-ever StarCityGames.com State Championships weekend, plus our second Invitational weekend of the year at Origins Game Fair in Columbus, Ohio! Take a look!

Anyone who participates in a Standard Open from January-June of next year will receive a FREE set of our newest batch of StarCityGames.com Author Tokens just for playing. Check out William “Huey” Jensen, Brian Braun-Duin, Chris VanMeter, Ari Lax and even SCG’s own…Evan Erwin! 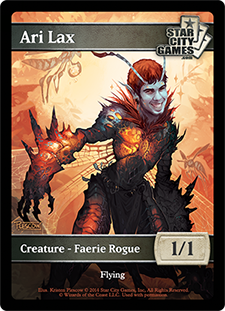 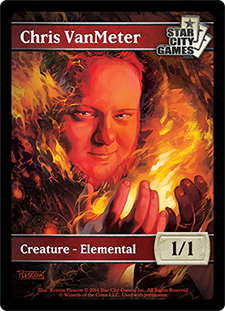 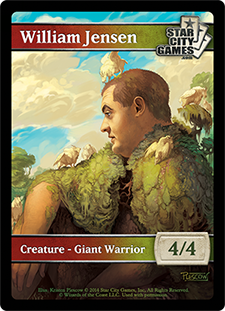 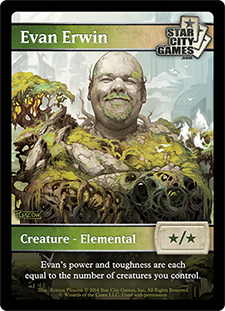 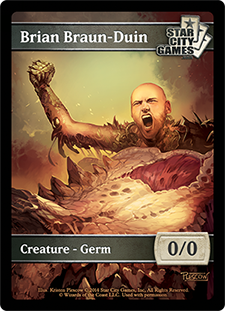 The adorable squirrels last seen in the 2013 StarCityGames.com Creature Collection are back with their very own line of all-new tokens…only this time they decided to parody some of their favorite cards from over the years, and insisted that their tokens be offered exclusively to StarCityGames.com Legacy Open participants! We weren’t about to argue with them, so from January through March of 2014, players will receive two of the following just for entering a Legacy Open! 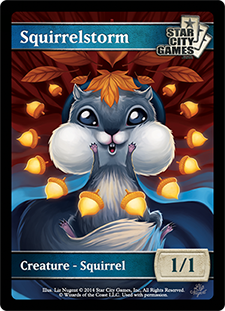 4. The New Face of SCGLive!

Some time ago, a gentleman named John Butler wrote what turned out to be a fairly controversial article series in which he proposed how he believed coverage of Magic: The Gathering events could be improved. Here at StarCityGames.com, we thought that a number of his ideas hit the nail square on the head, immediately made a number of changes to various parts of our SCGLive broadcasts, and began serious discussions about making additional changes in the near future. Today, I’m excited to unveil the results of one such discussion: our 2014 SCGLive Broadcast Team! 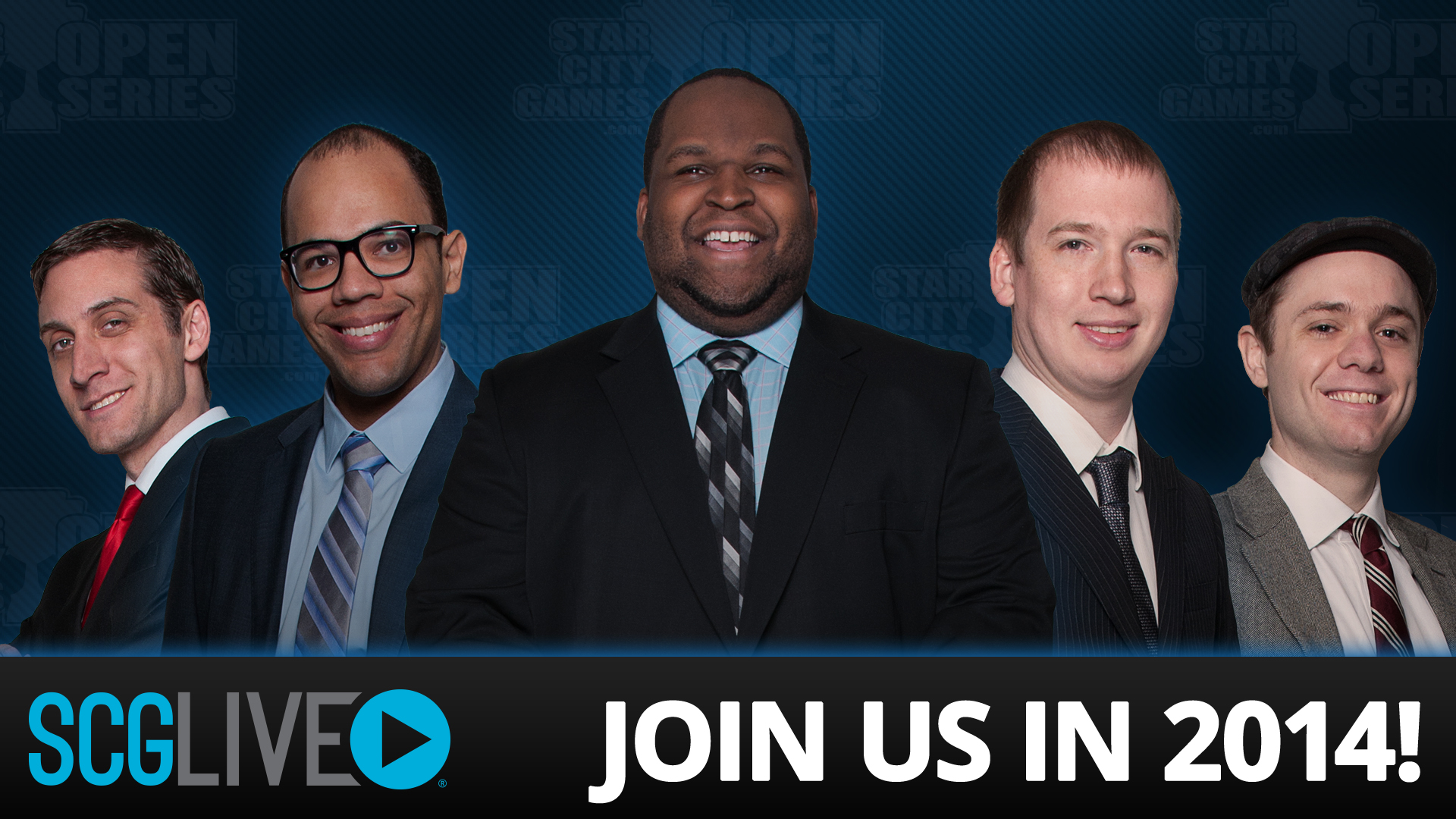 Starting in 2014, fans will see Cedric Phillips and Patrick Sullivan in the SCGLive booth on the majority of Open Series/Invitational weekends, while Osyp Lebodowicz, Matthias Hunt, and Patrick Chapin will each make regular appearances throughout the year! This consolidated SCGLive roster will enable us to offer greater broadcast consistency and present more compelling storylines from week-to-week, which we believe will result in an overall higher quality broadcast for our fans.
Oh, and there was one more thing…

Introducing the StarCityGames.com Players’ Championship: an exclusive, year-end event in which sixteen players will be awarded all-expense paid* trips to the Star City Game Center in Roanoke, Virginia, where they will then compete for their share of a $50,000 prize pool! 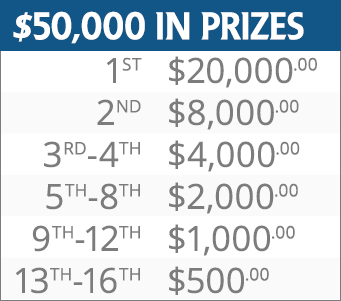 And here are some details, with more coming soon.

Of course! The StarCityGames.com Players’ Championship will be covered by SCGLive and a number of special guests all weekend long.

Seats at the inaugural $50,000 StarCityGames.com Players’ Championship will be offered to the following players:

Earning a seat at the $50,000 StarCityGames.com Players’ Championship won’t be easy, but it will most definitely be worth it, so get involved with StarCityGames.com Organized Play programs today.  You may end up with one of the coveted sixteen seats!

Thank you for your continued support of StarCityGames.com Organized Play programs.

*Includes flight (or mileage, if driving) and hotel costs