“How do you actually build a good deck from scratch?”

“How can I make this deck no one else ever thought of work?”

“How does one actually tune net decks?”

“How much does building in Commander actually differ from other formats?”

Over the years I have received messages from thousands of Magic players covering a wide range of topics. The most popular, however, has always been deckbuilding. It’s a fascinating subject that has captured the hearts and minds of many Magic players despite how much it seems the majority of other players are content to rely completely on net decks these days.

And although the majority of players are content to rely entirely on net decks, it is those players that still care about building new decks, enjoy reading about new strategies, build their own decks, or even just want to tune the perfect versions that Next Level Deckbuilding offers the most.

Today I’d like to share a segment from Next Level Deckbuilding that begins to tackle how to approach deckbuilding and then how to actually do it: 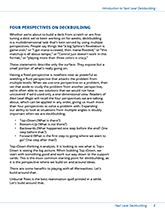 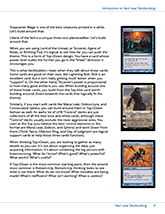 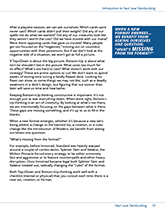 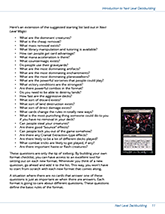 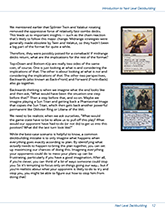 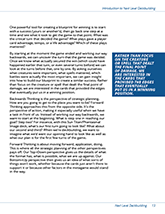 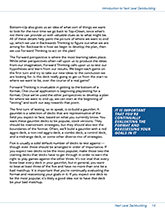 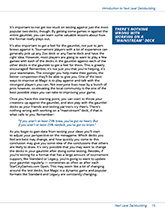 Next Level Deckbuilding is the ultimate guide to mastering deckbuilding in Magic: The Gathering.

“I just wanted to take the time to say thanks to Patrick for undertaking this project and producing a really insightful look at Magic theory. I’ve always drafted, played in Regionals, attend PTQs, etc., never finishing in the top half and never getting any better. I was stuck in this rut for nearly two years . . . I wasn’t improving, I was (inconsistently) achieving average results, I had no idea why, and I was tired of it.

Next Level Magic gave me a new, fresh, and deeply insightful way to approach the game . . . I am for the first time consistently making Top 8 and even winning events. Thanks for taking the time to put this book together, as I have found it a massive help.” -Steven Hitchcock, Hamilton, New Zealand

“Just finished reading Next Level Magic and wanted to say a huge thank you. I’ve been playing for ten years, but having checked my ego at the door, I’ve improved more in the last month than ever before and it’s mostly thanks to your insight. As seems fitting, after over a month of practice and reading, I finished the last page tonight. I then won my first 8-4 Magic Online draft, and boy did it feel good. So thank you and congrats on helping transform one more ambitious punk into a thoughtful, calculating opponent.” -Allen Snell

“I qualified for the National Championship with one of Chapin’s new decks. It was amazing; it felt like being one step ahead of the metagame, catching people completely unaware.” -Martin

“Hey man, I just wanted to thank you for all you have done and said to me . . . It’s really turned my whole outlook on Magic around. I just finished reading your book for the third time and have gained a tremendous outlook on this whole experience . . . I decided to go to a big tournament after I read the book the second time, and I got 21st at the SCG Open in Boston . . . I am thoroughly convinced had I not read the words and taken the advice I would not have done well at all . . . There were situations that I looked at and was able to read my opponents bluffs . . . seeing if they were playing hastily . . . gauging reactions by tapping mana . . . all of it!

I could not be more grateful for what you have done for me by stepping outside of your “professional persona” and helping the “little guy” . . . I owe you big time . . . I was at the point of stepping out of this game for good and now couldn’t be more driven to excel and make it to the top. Thanks again.” -Jonathan Wdowiasz