(This week was brought to you by every single episode of “Fawlty Towers.”)

Ah, Patch Week. Sometimes, when a patch is applied to a game – and this is true of most (if not all) online games – things can go wrong. Sometimes those things don’t affect you, and the small hiccups just hiccup away nicely in the background. Other times, they kick you square in the… um… “area where being kicked square would be considerably inconvenient.” With Magic Online, it seems like it’s been a while since anything has gotten in the way of me bringing you the weekly Standard Premier Events recap, but it seems something has gone astray this week. It could be that some small rodent has chewed the wrong wire, or perhaps some moisture got into the data storage thingies, or maybe Mark Rosewater plugged his toaster into the motherboard of rack 4-C. Again. I mean, he’s been told about it before, but he’s a sucker for his crumpets and marmalade… what can you do?

I was not pleasantly surprised to find that many of the replays from this week – basically anything from before the patch – were bugging out. For some reason, the cards wouldn’t show up and the game chat log would read something like this.

You’d think that meaningful data could still be extracted from that, but the games would seem to cut short as well, and it seemed like everyone was playing some kind of mirror match. I dunno, but that sounds pretty messed up to me. Add to that the fact that there weren’t a great number of events to begin with this week – for some reason it seemed like there were more than usual Ravnica Block Sealed events – and I’m left with naught much to babble about. 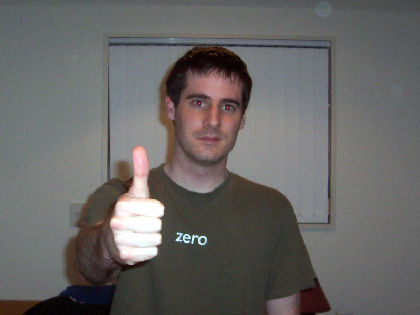 And me after browsing the boards. 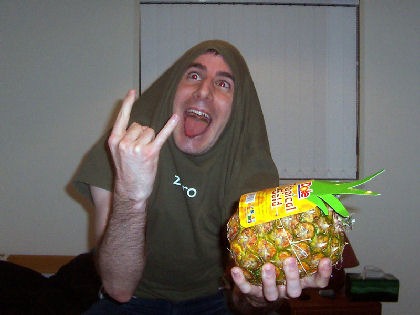 Basically, the prices don’t change. I know it seemed like they did from time to time, but they really didn’t. Last week I uttered (or typed, you could say) the terrible words stating that I would no longer be listing the Standard Card Prices every week, and that I would instead go with once a month or thereabouts.

Forum posterer Jim_Mason took the time to write a lengthy post as to why I should go pineapple every week, so I figured I could take the time this week to reply in kind. Take it away Jim_Mason (in italics even…)

Please don’t scale back on the card prices. The card prices are the main things I get from your articles (other than your scintillating writing, of course).

Straight to the point and overly complimentary, I like the man’s style!

There is nothing else on the net that attempts what you have done with tracking card prices. I often use your articles to check what the price of a card should be, since opening the Sell Room often causes my computer to crash and always causes it to operate very very slowly.

This is true, nobody else tracks the card prices. I’ll try to leave out any snide comments that it’s because nobody else is nearly mad enough to attempt it. Basically, it’s very time consuming and labor intensive. A better person more skilled in the ways of computers and/or bot programmering would or could possibly automate this process… but sadly, I’m not that person.

As far as the Sell Room crashing your computer, try to reduce the size of your friends list. The Message Boards help you see what your friends are looking for, and looking to get rid of, by going through everyone on there and bumping them up to the top of your list. This can be very cpu intensive, so fewer friends on the list should help.

I also think that you are providing a very important historical record in terms of card pricing. In the future, provided that you track prices for at least a year, it will be possible to look back at the card prices in order to predict what the effect of an event will have on prices. What happens when sets rotate? (This is to some extent a gimmie, but when the prices start falling, and when they actually go off the cliff, is important.) What happens to the prices of the cards that are now the oldest set in Standard? Do they go down because they are no longer the fresh meat? Will they recover after a while since they are no longer the set that is being drafted? What is the effect of a Constructed Pro Tour? Nationals of various countries? U.S. Regionals? States?

I have to admit that I hadn’t give much thought to the idea that the information I have gathered could be used as some kind of historical record. You’re right that cards will drop in price as they’re set to rotate out, and the trends you’re looking for are largely pretty obvious. When a deck does well at Worlds or a Pro Tour or whatever, the price will go up, and if a card is not getting used nearly as much as anticipated or as much as before, then the price will drop accordingly.

What I am saying is that this historical record is in many ways more important than knowing what the prices are right this minute. If you move to a monthly format, the ability to extract meaningful data is basically eliminated. I say this even though I often DO use the lists to see what the current prices are.

It’s certainly true that fifty-odd sets of results over the course of a year would be a great deal more comprehensive than say, twelve sets of once-a-month gathered results. However, I find it hard to believe that comparing one year’s card prices to the next would yield any useful information, with the cards and the formats being different.

I care far more about the price lists than the lists of what did well in Standard. That part often makes my eyes glaze over, and is the stuff that I would be more likely to look up myself anyway. However, I think that there is valuable historical data to be mined from those lists, and I certainly want you to keep doing them.

Heh, speaking of the Standard lists, let’s see how messed up only three Top 8s makes the results!

Pretty messed up, I trust you’ll agree. Stupid patch obliterating much of the results grumble, grumble…

One thing I’ve noticed while doing these lists over the last eight-plus months is that trying to stay on top of the price of a card from week to week doesn’t accurately represent the life of an individual card price. If I check in with a card once a week, say on a Sunday afternoon, I will have missed the fact that the card could have shot up in price during the week as some sudden hype hit format X before settling back down when everyone realized they could if fact use strategy Y to counter said hype (gasp long sentence gasp!). Prices can also be subtly different at off-peak times in relation to on-peak times, and sometimes a card can just plain be unavailable when I go to check it.

All of these interesting little nuances in the card price market cannot be reflected in a once-a-week price, and the result ends up looking like a very static figure that persists for a very long time. For instance, Keiga, the Tide Star spent the last year being a very important part of the Izzetron deck. On the first of March this year, I reported that it was buying for 3 and selling for 5. On the ninth of August this year I reported that it was in fact, funnily enough, still buying and selling at that price. An interesting counter to that is that Umezawa’s Jitte was 10-11 back in March, and was down to 7-9 by the time August rolled around. That said, it was still a gradual drop in value that would be equally represented in a monthly format.

Anyone who buys or sells a card on Magic Online should scan through the message boards first to see what everyone else is buying or selling the card for at that time; that’s the only way to prevent yourself from catching a raw deal. The other way to check the value fluctuating value of cards is to hang out in the /join auction chat channel. I hope that nobody ever went by the price list I presented as gospel, because I said above, prices can change from one hour to the next.

So, be strong. Take one for the team. Look up those prices. No else is doing it.

P.S. Even though I usually don’t comment on your articles, I do read them every week. If making more comments will get your spirit up, I can oblige.

Before I say any more, I just want to thank you Jim_Mason for your valuable input on the subject. I know everything I’ve said here is basically be shooting you down in flames, but I do respect your opinion and it saddens me to have to stick to my guns on this one.

You’re right, nobody else is doing this… but I feel that the same result would be achieved in the long run with a monthly check-up on those prices, so don’t go thinking I’m abandoning this all together. People would still have a list to refer to, and hopefully they would still look (at the message board) before they leapt when it came to actually trading the cards for tickets and so on.

That’s my rant for this week. I’m sure there will be no more in the way of patch shenanigans next week to mess up my replays. Time Spiral will be landing soon enough, and we’ll have a new price list to go on. So yeah, until next week, pass the pineapple. 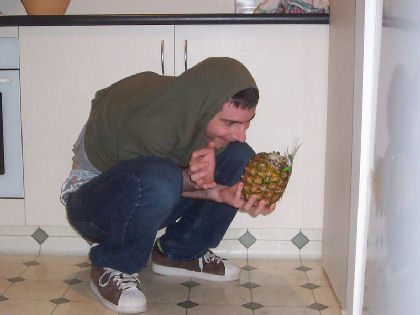