Consider something like this, again, just brainstorming to make a point:

This deck probably isn’t great, but if you just want to make some huge creatures at FNM, it seems like a solid way to do it, which is the kind of thing I’m talking about when I say that Modern is a great casual competitive format. You can come up with any simple idea, like a +1/+1 counter theme deck that uses the fact that you can essentially play eight Hardened Scales now, toss in a bunch of cards that fit that idea, and end up with a coherent deck that you can play some fun games with.

My real point is that with so many playable decks around, it can be hard to find the best competitive deck, especially when testing is confounded by the fact that you can easily happen to play a couple of early matches against a deck that happens to be poorly positioned against what you’re doing and win regardless of how good your deck really is. One might ask, “Now that Fatal Push offers black a competitive one mana removal spell, is Faeries good?” or, more simply, “Now that the metagame has shifted, is Lantern still good?” The answer to both of these questions is that I honestly have no idea, and I’ve even been testing Lantern.

How are you supposed to make any progress in a format this open?

That question seems to be a major sticking point for a lot of highly competitive players who just want to be able to find the right deck and have a good chance of winning a match against anything.

Well, I’d like to offer a solution. It’s not especially new or innovative, but the infrastructure finally exists to do it properly: netdeck.

I don’t just mean choosing a decklist you saw somewhere on the internet. If you did that, you might make the horrible mistake of registering the Hardened Scales decklist I wrote just above in a tournament you’re trying to win. I mean using the resources available to you online to select a proven deck. 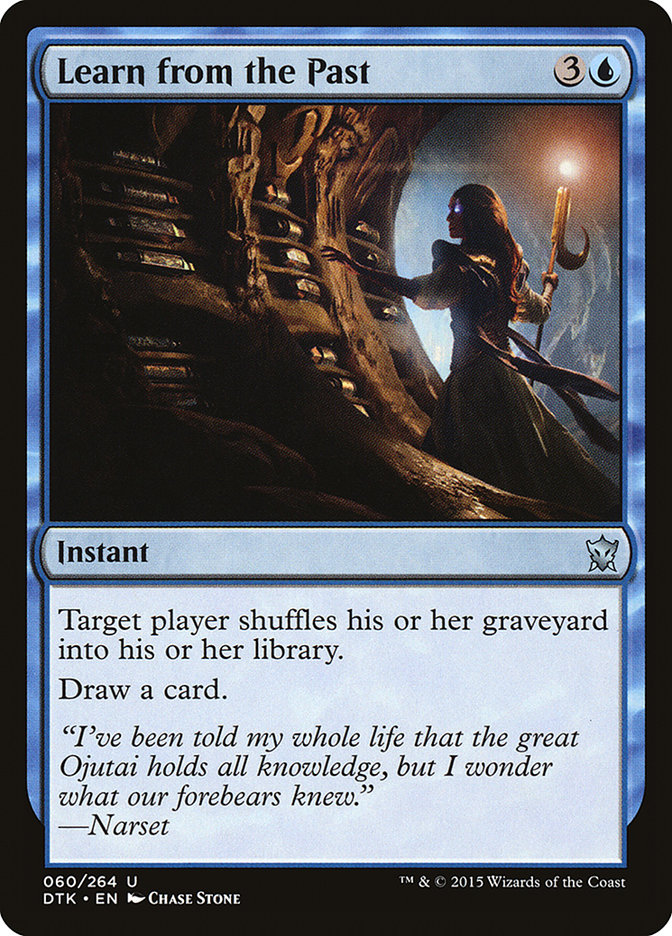 In the past, this would mean choosing a deck that finished well in the last major tournament, but that’s not a great strategy. There’s a lot of variance in a single tournament, and the decks that did well in a recent major tournament are often the decks with big targets. I recommend looking to the real experts. Not the pros, who have to divide their time preparing for a wide range of formats, but the really dedicated grinders. Most of them don’t write articles, but that doesn’t stop you from following their advice.

So how do you do this? It’s simple. Log onto Magic Online and click on the Competitive Modern League. Look at the list of trophies above the option to join the League, and sort by number of trophies. This will give you a list of the usernames that have gone 5-0 in the most Modern Leagues. Now, this is a counting number, not a rate number, so you have no idea what those people’s records actually are or what percentage of their matches they win, but that’s okay.

Next, search Google for their username with a term like “decklist” or “tournament finishes,” and you’ll find sites that compile the results Wizards of the Coast publishes from Leagues. For many of the players with the most trophies, you’ll find that they’ve used the same deck to earn every trophy. So what does this tell you? That that player has had enough success with the deck to keep playing it, and that they’ve done well enough to win more times than other people. These should all be good decks, and the exact lists should be understood to have been selected and tuned by someone who has play huge numbers of matches with it, so these lists are probably tournament-ready exactly as is.

So what’s good in Modern? Well, using this method, at the time of writing, we find that WinRyder has the most trophies at eleven. According to mtggoldfish, WinRyder actually plays a wide variety of decks, which isn’t much help to us. Fortunately, this is an exception. Next, mrfrenchy with ten trophies plays Gifts Storm. I’d assume that mrfenchy’s most recent list is probably a very good version of that deck, and that it would be a reasonable deck to play in an upcoming Modern tournament if you like playing Storm combo decks:

Again, if I wanted to play this style of deck, I think this is likely the best place to start.

Three players have nine trophies each. Yougottoldfarb has most recently been playing Eldrazi Tron:

Bus49 has changed decks around, most recently playing Kari Zev’s Expertise with Breaking//Entering after a run with Death’s Shadow Jund. GHash77 has also been playing Death’s Shadow Delirium exclusively:

It would seem that rumors of Death’s Shadow’s demise with the printing of Fatal Push and banning of Gitaxian Probe may have been slightly premature; it’s just changed forms into this deck that emphasizes disruption over speed.

Beyond that, players on the leaderboard play Tron and Jund, and I assume a variety of other decks as you move further down. The point is that just looking at the most successful and experienced players who are grinding right now, you can find proven lists of a variety of strategies.

So what deck should you play in your next Modern tournament? Well, this doesn’t point to a single answer, but if you don’t know what you’re playing already, a great method is to start your testing by working your way through this list until you find something that suits your playstyle. Modern is a huge format. If you want to wade through and explore it in depth, it can be really fun to do so, but if you have a tournament coming up and you want to give yourself the best chances, don’t reinvent the wheel; just look to the most successful players with the most experience.