The race to the StarCityGames.com Players’ Championship has hit its home stretch and just seven events remain before the 16-person field is set. The time
for players outside of the Top 12 of the #SCGPC leaderboard to make a push for the invite-only, $50,000 tournament in Roanoke, VA in December is now. For
two of the most recognizable faces on the Open Series, Brad Nelson and Todd Anderson, their path is clear and will involve traveling for Magic from now
until the end of the year.

Of the seven Open Series events, including the season-ending Invitational in Seattle, Nelson and Anderson will be at six of them. From Atlanta to Columbus
to Portland, the two VS Video stars will not spend a weekend home in Roanoke until December 20-21, whether they’re playing in the Players’ Championship or
not. They’re only missing the Open Series in Oakland next weekend, opting to pass on the cross country airfare for the convenience of a Team Sealed Grand
Prix in Nashville.

Both players find themselves just outside of the Top 16 on the Season Four leaderboard, but are both just an Open win away from jumping into 12th place,
which would be just enough to grab one of the eight at-large berths to the Players’ Championship. Logan Mize and Jim Davis are currently in 12th and 13th,
tied with 117 points, leaving Brad 12 points behind and Todd 17. Despite the deficit, both like their odds of reaching their goal to be playing at the end
of the year.

“I think my chances are very high. I’m playing well and have my game back,” Nelson said. “I almost cried after looking at the schedule and realizing I have
to play every weekend for two months straight. I laugh at what CVM (Chris VanMeter) and BBD (Brian Braun-Duin) do, but now I am the one doing it and don’t
have the guarantee for the PC. So who’s laughing now?”

Anderson also feels the same about his chances, but he recognizes the amount of work in front of him. It all starts this weekend with a flight to
Minneapolis, MN for the Open, choosing his push for the Players’ Championship over other closer tournaments.

“I like my chances, but I need to work very hard for it and am ready,” Anderson said. “The Players’ Championship pretty much means everything to me at this
point. I’m passing up a $50K tournament this weekend for it.”

Nelson and Anderson were floating in the 20s on the leaderboard before a revamped testing process led them both to a strong finish at the Atlanta Open and
a big chunk of Open Series points. While the two of them have often helped each other prepare for events, their independent testing would lead them to
their own decisions. Nelson described their process as working together, but not playing together, often leading them to playing different strategies.

The Thursday before the Atlanta Open the two tried out a new method of spending the entire day testing together. With a combination of theory crafting,
playing Magic Online, and physical playtesting, the two focused on finding the strongest option for a tournament. Their testing session involves a “show
me” test, where the two attempt to convince each other why their option is best. For Atlanta, the two agreed on a version of Tom Ross’ Legacy Infect deck
and immediately showed the power of their testing session. Both made the Top 8 and met in the semifinals, where Nelson came out on top before falling in
the finals to Chi Hoi Yim.

Their practice paid off with both of them climbing up the Season Four leaderboard and into striking distance of the Players’ Championship. The two worked
together again for the New Jersey Open and the new Standard format with Khans of Tarkir, where they brought a Sultai Delve deck to the table. While
Anderson came up short, Nelson took 11th with the deck, showing the strength of their preparation. The two stuck with Infect in Legacy resulting in Nelson
making the Top 32 and Anderson finishing in the Top 64.

“Our Thursday testing process has been phenomenal,” Anderson said. “We both feel infinitely more prepared than normal. The first time we did it we made the
Top 4 and the finals of the Legacy Open.”

To reach their current standings, Nelson and Anderson grabbed a handful of points via States and IQs. Nelson made the Top 8 of the Hawaii States, turning
Pro Tour Sunday into an opportunity for more points following his 30th–place finish at Pro Tour Khans of Tarkir. This past weekend, Anderson
made the Top 4 of a Super IQ to grab four more points, while Nelson took a week off the Players’ Championship race to Top 8 Grand Prix Los Angeles. 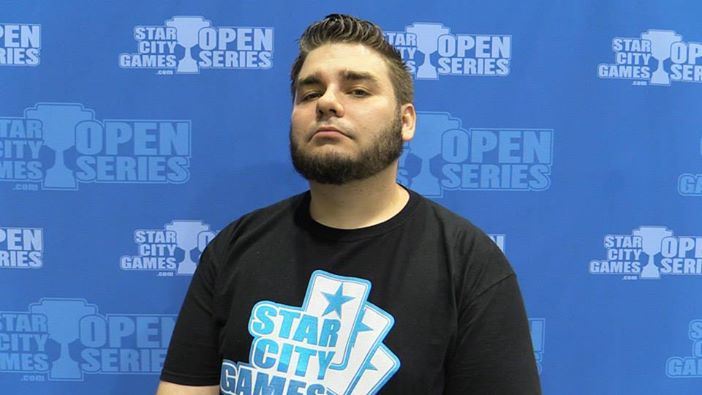 The two former Invitational winners know what’s on the line with the Players’ Championship offering $20,000 to the winner. While the cash and prestige of
the event is an easy selling point for them to make the push, Nelson has other motivations. For him, qualifying for Players’ Championship would give him
another opportunity to work with Ross, who locked up his berth to the tournament by winning the Season Two Invitational before winning the Season Three
Invitational as well.

Ross and Nelson go back years and have worked together for many big events. Ross was instrumental in building the Rabble Red deck Nelson and Team
Revolution played at Pro Tour Magic 2015. The team put up strong results with the deck, including Nelson’s 37th-palce finish. Though Ross has destroyed the
Open Series this year, he has fallen just short of making it back to the Pro Tour multiple times on the year. For Nelson, preparing for the Players’
Championship with his friend would mean a lot. 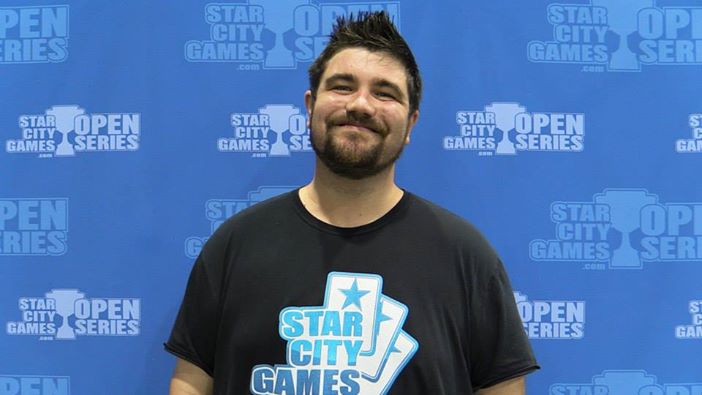 “I love working with Tom. With him not on the Pro Tour, I just want the sensation of working with him on a high-level, high-pressure event,” Nelson said.
“I believe Tom and I are a force to be reckoned with, and we can logically deduce what everyone is going to do, and we want to play this mind game of deck
selection and metagaming for the Players’ Championship.”

Whether Nelson or Anderson reach their goals, the race is on for the final slots to the culmination of the 2014 Open Series. The action starts this weekend
in Minneapolis with an evolving Standard format and a shifting Legacy landscape thanks to Khans of Tarkir. Get ready for an exciting two months of Magic as
the Open Series’ biggest names battle it out for a shot at a coveted invite to the Players’ Championship.