I’m so excited for this weekend.

Between the closest SCG Tour Open event (relative to my house) of all time, a miniature staycation with Jadine Klomparens, and every member of Next Ridge Nexus attending the aforementioned tournament, everything is going to be a blast. There’s but a single problem: this is the first Standard tournament I’ve played in just over a month.

With back-to-back Eternal-format weekends, I haven’t had the ability to keep up with Standard nearly as much as I try to keep myself. Despite a string of relatively mediocre showings over the course of the year, Standard has been my best format by a fairly significant margin, and with #SCGKNOX being the last SCG Tour stop before the final #SCGINVI, I don’t want to leave the year on a low note.

So what am I supposed to do? How does one figure out a format without touching it for a time?

As I’m writing this, I have approximately four days to pick a deck, learn the deck, and tune a list for the archetype.

The first step is compiling what I think I know. A lot has changed since #SCGRegionals, and despite my love for the deck, jamming Metalwork Colossus brew after brew isn’t going to cut it in a format as refined as a two month-old Standard format.

So, with that, what information do I already have about what deck is playable, which tools are most likely to lead to my success, and where I should be allotting my scarce amount of time?

Most of these are pretty easy to understand, but their relevance and exact meaning aren’t necessarily apparent at a glance.

The first two bullet points come from little more than using the StarCityGames.com Deck Database to see what has been succeeding at competitive tournaments as of late. Just perusing Standard lists will give an idea of what has been winning and what cards are seeing play; we’ll touch more on that in a bit. The latter points are more introspective or observational of the format on a macro level.

Being Proactive in the Dark

Generally speaking, when unsure of what to do in a format, the best thing to do is to look for a deck with what are called “free wins.” Free wins are generally individual game wins that involve a relatively proactive or aggressive strategy more or less doing nothing more than playing its cards on-curve that another strategy can’t beat.

A fine example of this happening is with Dredge in Modern.

In the context of Modern, there are draws with this deck that are unbeatable by a majority of decks. Imagine a first turn from this deck that involves a Simian Spirit Guide and multiple creatures with dredge hitting the graveyard. The Dredge deck is going to have a hard time losing those particular games by merit of its cards being proactive, fast, and difficult to interact with. Those games are going to be free wins.

Even in a format that is weaker, decks in Standard are still going to have draws that are considered free wins. Playing something relatively aggressive or threat-heavy is going to result in a lot of games where there is little more to do than play Magic.

Taking this G/R Energy deck into consideration, there will be a number of games that this deck plays where the first couple of turns will be spent doing nothing in excess of hoarding energy and deploying threats. At some point, regardless of how far or behind the G/R Energy pilot is, they will be able to assemble some combination of Electrostatic Pummeler or Bristling Hydra in conjunction with a pile of pump spells to deal twenty or more points of damage in a single attack. Not everything has the ability to interact with this. That will be a free win with the deck.

The W/R Vehicles deck is another archetype that will generally get a handful of wins for no other reason than the fact that they will be able to kill the opponent while they are still developing their battlefield or sculpting their hand.

This is not all to say these decks are skill-less (that is far from true; I’m in the camp that believes the hardest games with aggro are more skill-testing than the hardest games with control decks). This is just to drive home the point that a larger percentage of games will be rudimentary Magic instead of games won on the back of format-specific knowledge.

My desire to play Gideon, Ally of Zendikar stems from the “get ’em dead” school of thought outlined previously. Gideon itself is just a versatile card that can play several different roles in a close game before turning the corner and quickly closing a game where his controller is ahead.

Identifying a card that you have played before or can use as a strategic anchor is incredibly helpful when approaching a format after spending some time away. Not everything is going to necessarily going to translate in the same way, but finding familiarity in an archetype or the roles that it will tend to play in-game will help fill in gaps of experience that one would otherwise leave vacant.

Gideon, Ally of Zendikar may not be the best card in Standard, but I’ve had the privilege of using it in different styles of Standard decks and have gained an understanding of how the cards in a deck tend to work around the planeswalker:

Deciding on a Deck

From here, the next step is deciding on a single deck to play.

Based on my wanting to be proactive and desire to play Gideon, Ally of Zendikar, my selection is effectively narrowed to W/U Flash and R/W Vehicles.

In the interest of being able to research as much as possible, it is more difficult to find information on the R/W Vehicles deck outside of the list from Reid Duke and two lists from the Top 8 of Grand Prix Providence last month:

The biggest change to note between this list and Reid’s is the decrease in Vehicles represented in Reid’s list (with Reid only playing the four copies of Smuggler’s Copter in the maindeck) in favor of Always Watching and a bit more longevity.

On the other side of the coin, W/U Flash has occupied just over a quarter of the last three SCG Tour Standard Classics alone. This doesn’t even take into account the fact that Cardhoarder’s Chris Andersen reached the Top 8 of two of them in a row, with Jack Kiefer winning the Standard Classic at #SCGCOL with the same 75:

If for no other reason than results, this configuration of the deck provides a fantastic starting point for the deck, and there is a wealth of information on other things to do with the deck.

Due to the lack of time to test out a large number of ideas and the gap in information between the two decks, it’s hard to imagine a world in which I don’t end up spending my time familiarizing myself with and tuning W/U Flash.

One of the biggest steps to take with these archetypes is gaining an understanding how to sideboard against different matchups and figuring out how to the decks function in the context of the format. W/U Flash being an aggro-control deck makes it a bit harder to evaluate which cards are good or bad in a given matchup and which sideboard cards are more necessary than others. Jace, Unraveler of Secrets is a bit of a given against the slower and grindier decks, but what about Spell Shrivel and Scatter to the Winds? 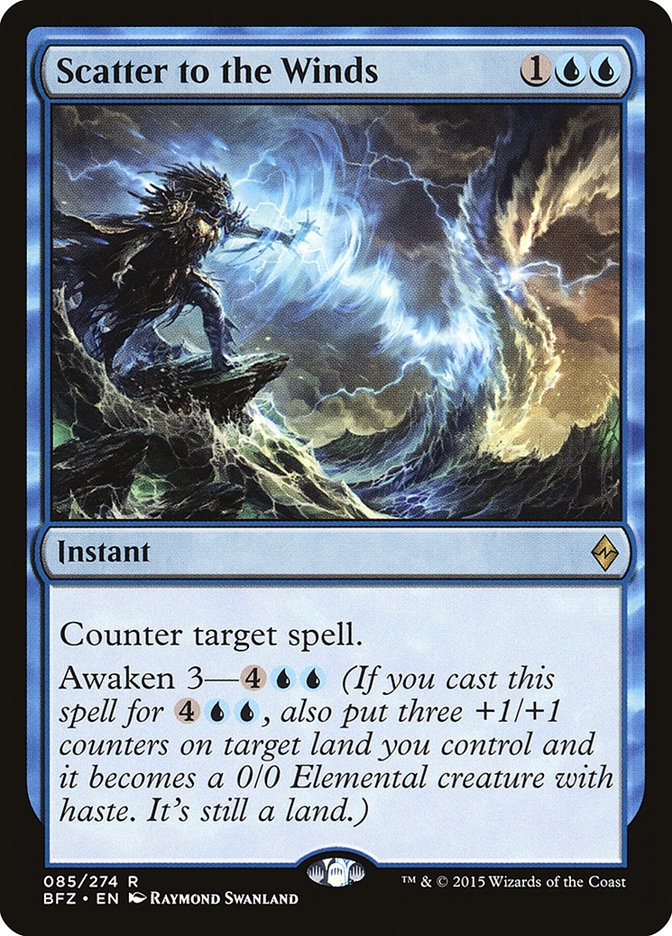 Nothing will truly replace copious amounts of games being played with the decks, but there are fantastic assets that involve people talking about how and why they sideboard with a given deck, or allow you to get a glimpse into the mind of someone who has a bit more experience with the archetype. StarCityGames.com alone has four hours of content on W/U Flash (some of it on Premium) between these three video sets. That doesn’t even begin to dive into coverage archives, Magic streams on Twitch.TV, or other websites that produce Magic content.

At some point it helps to just admit that you may be ignorant on a subject and accept the help that these resources offer. Remember that, even outside of the content that Magic pros tend to produce, there also tend to be local players who are willing to work with other local players for the greater good of the immediate area. Even if a player isn’t someone you perceive as your equal in skill or experience, if somebody has been playing a deck for a reasonable amount of time, they tend to have the experience to actually answer most of the questions that you have, abstract or not.

Practice What You Preach

Where do I go from here? I put my money where my mouth is. 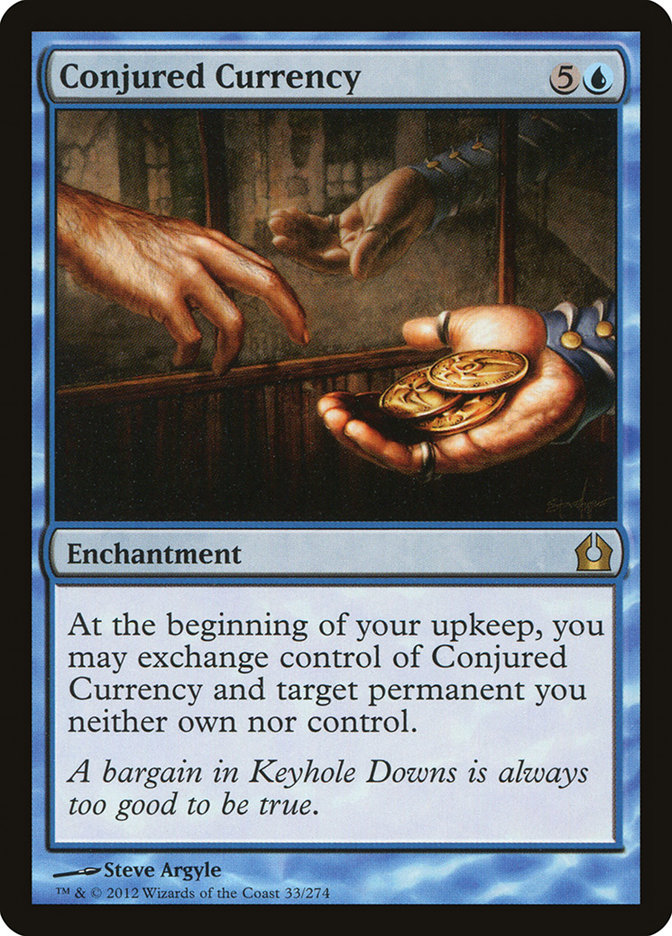 I’m locking in on W/U Flash as of writing this article, as I figured whatever I wrote would be a great tiebreaker between R/W Vehicles and W/U Flash, and I plan to spend most of my Wednesday learning the ins and outs of sideboarding with the Cardhoarder take on the deck. On Thursday I won’t have a playtest partner and plan to spend most of that night (and early afternoon) researching different bits of technology and understanding what it’s doing in the deck*. Finally I’ll cap my preparation off when Jadine arrives on Friday and put the finishing touches on whatever list I decide to register for #SCGKNOX.

*I hope that Ross Merriam thinks he can just get away with Elder Deep-Fiend in his deck! That’s almost as out-there as Natahlia Zaring’s maindeck Summary Dismissal.

It’s not the prettiest plan, and I won’t haven nearly the reps with the deck that I would prefer to have for a deck at an impactful tournament, but it’s what I can do with the time I have. It’s hard to imagine feeling confident and prepared with only a week’s worth of prep time. Regardless of the end result, I’m confident that W/U Flash is the deck that will help me learn the most while providing reasonable odds for me to put up a satisfying tournament result.

Or maybe I should just play B/G Delirium…