These are mostly cosmetic changes to a cohesive shell, so I’ll move on to more interesting directions to take this shell.

For the most part, my inspiration came from Julian’s losing streak at the end of the tournament, which, after some snooping around the pairings and results, looks to be from two copies of Eldrazi Tron, U/R Gifts Storm, and TitanShift. 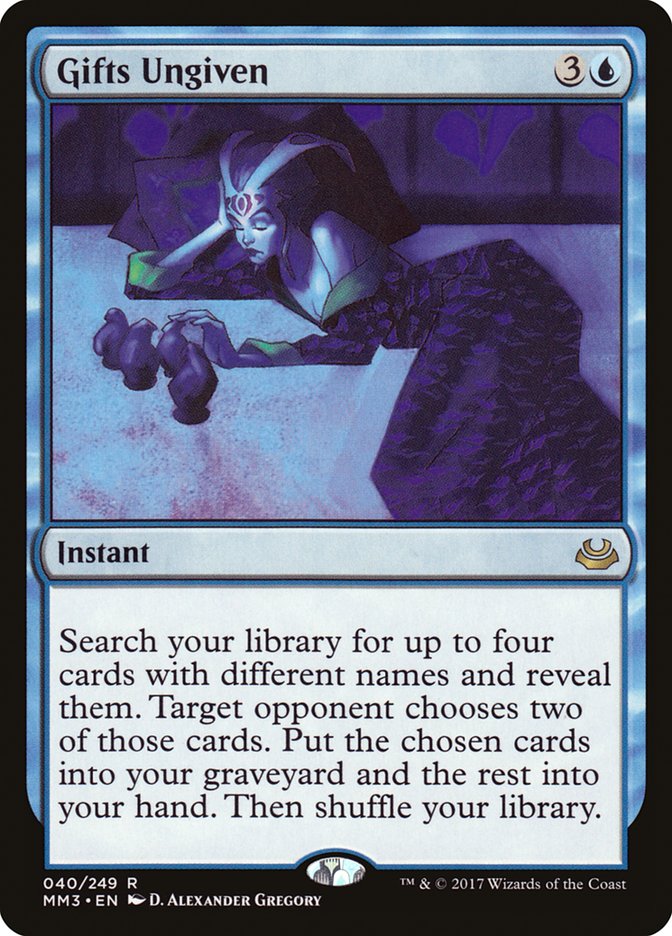 Now, four matches make a small sample and these four decks were piloted by the two finalists, Caleb Scherer, and Collins Mullen, so the quality of pilots was very high, but it’s hard not to notice that all three of these decks can go over the top or race what the Vengevine deck is doing in all but its best draws. 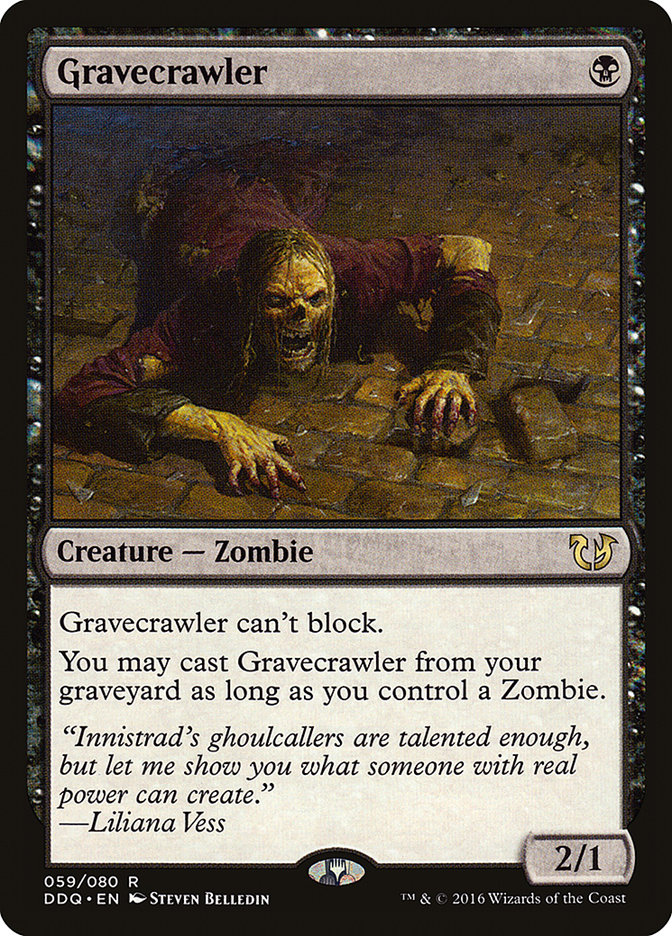 This means shifting from a pure aggro-combo deck into a more disruptive shell, so the package that Julian uses is no longer appropriate. That led me on a search for more suitable one-mana creatures, and the immediate answer is Gravecrawler.

Gravecrawler plays perfectly with Vengevine because it works well with the same enablers and you actually cast it from the graveyard, so it still contributes to recurring the angry Plant. A few well-placed Gatherer searches and I arrived at the following list:

I reluctantly moved the discard spells to the sideboard in order to keep the deck’s aggression high in Game 1, but they should still help the unfair matchups immensely. Notably, you gain access to Collective Brutality in addition to Thoughtseize, which works so well in this deck I could see it moving to the maindeck in some capacity, especially if your metagame is Burn-heavy. 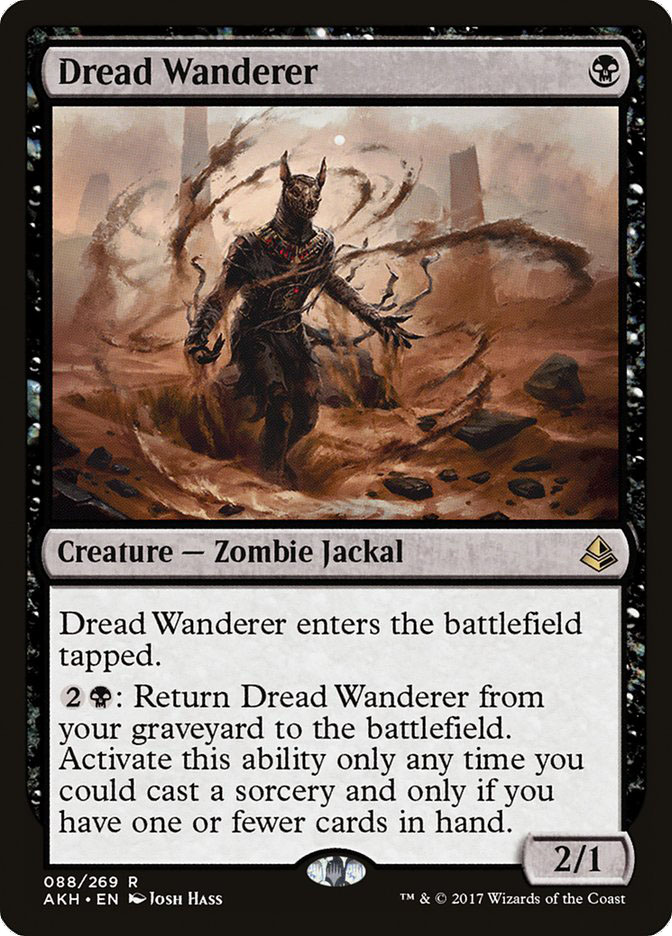 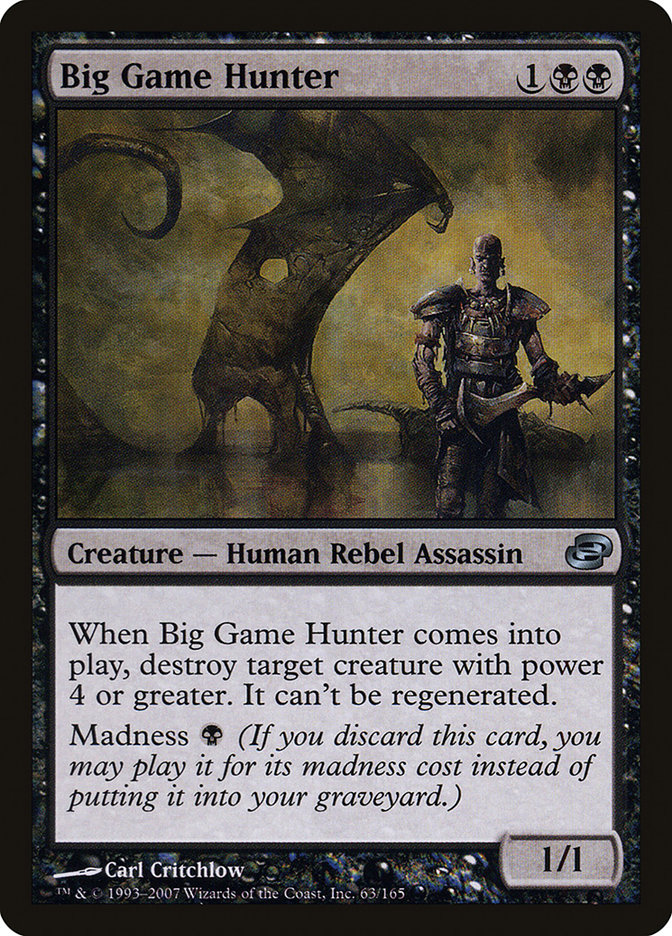 Dread Wanderer takes the spot as an additional one-drop and gives you even more recurring potential, but its most important quality is in the type line. You need a fair number of Zombies to recur Gravecrawler consistently, and while Dread Wanderer and Gurmag Angler may leave the deck short in some games, I think, with the velocity it generates, it should be fine, so long as you play carefully and sometimes hold back a Gravecrawler if you don’t have another Zombie.

The most exciting addition to me is Big Game Hunter, which has been at the forefront of my mind since recording this hilarious Daily Digest. There aren’t a lot of quality madness cards in Modern but Big Game Hunter is great right now, taking out various Eldrazi, Death’s Shadow, and delve creatures while also being a cheap creature for Vengevine and a way to gain value from discard outlets. It does everything which is…you might say…a bi…

Big Game Hunter could be good enough to trim on the removal spells in order to fit some discard into the maindeck, but it not being a Zombie makes it hard to cut other creatures for, so you’re not really generating extra space. I guess it doesn’t quite do everything, but it comes real close. If you want discard in the main, you probably get it by eschewing Lightning Bolt, the lone holdover from Julian’s aggro-combo package, and going up to four copies of Fatal Push as your maindeck removal.

My main qualm with this direction is that Gravecrawler and Dread Wanderer aren’t great as far as one-drops go. Savannah Lions isn’t what it used to be, and even with their recursion, I worry about getting outclassed in Modern. If only there was a great one-mana creature in black that plays really well with Thoughtseize and Street Wraith… 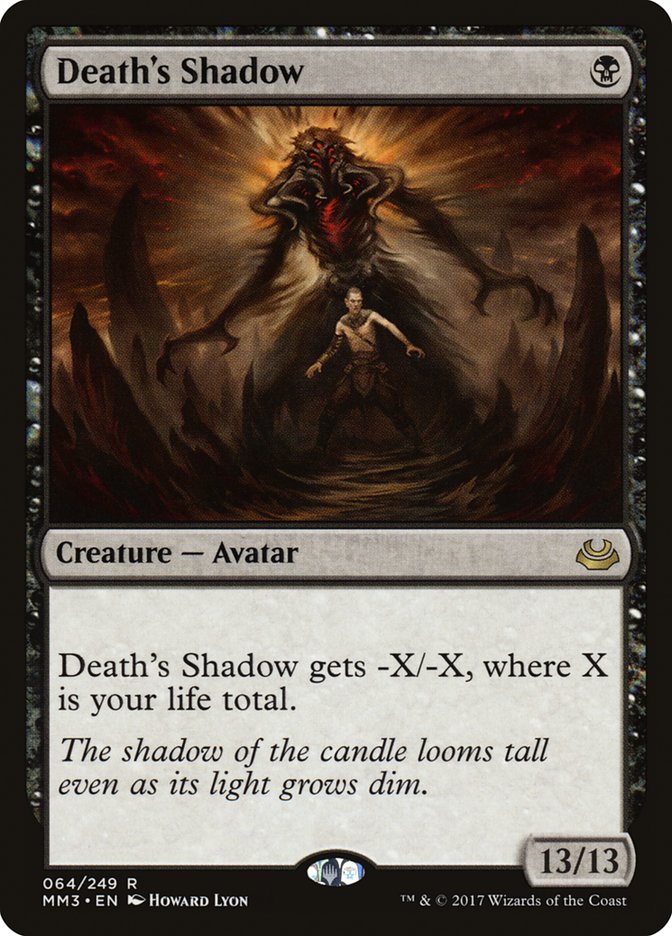 I think the best part of Death’s Shadow in this shell is that it’s a one-drop that doesn’t get cast until turn 2 or 3 anyway, making it line up perfectly with the turns you want to first recur Vengevine. The deck already plays plenty of fetchlands, so adding a shockland or two should be enough to make the entire thing work.

Unfortunately, with the upgrade to Death’s Shadow comes a downgrade on the other one-drops, since you no longer have enough Zombies to make Gravecrawler work. Bloodsoaked Champion does an okay Dread Wanderer impression and Zurgo Bellstriker is an intriguing option, since its dash lets you constantly keep a creature in your hand to recur Vengevine as the game goes long, which this list is poised to do more often than the others. Still, they are the first slots I would look to upgrade and tinker with.

Despite the gain in power from Death’s Shadow, I worry that this version of the deck could be moving too far away from what makes the deck different, slowing it down to the point where you give Snapcaster Mage and Fatal Push time to do their thing. That’s certainly possible, but I like that this deck is likely to get full use out of Faithless Looting and Vengevine has always been at its best in longer games where your opponent futilely tries to answer it with removal spells.

It may not be as naturally or obviously prone to attrition as Snapcaster Mage and company, but after years of Tireless Tracker and Courser of Kruphix, I think we all understand how powerful green’s brand of card advantage can be.

Hour of Devastation has yet to make a significant impact in Modern, as is typical, but Hollow One looks like it might be one of the sleeper cards in the set given how the larger formats have the appropriate enablers for it. Also, Vengevine is too powerful of a card to be held in check for this long. It’s time for hasty Plants to make a comeback.