Now that Wizards of the Coast has finally announced their 2019 Organized Play plans, we’re excited to make some announcements of our own – starting with the SCG Tour 2019 Season One schedule!

“Wait, Did He Just Say…Standard Open?”

Sure did, and we look forward to seeing everyone in Dallas!

Team events are always a blast, Modern is our most popular SCG Tour format,
and combining the two seems like it’d make for an incredibly fun event.
However, we’ve never been big fans of the “unified deck construction rule,”
so January’s Columbus Open will feature a Team Modern main event in which
each member of your three-person team can play whichever Modern-legal deck
they wish to play!

January’s Columbus Open will also be the first chance to get your hands on
some new Registration Reward items for participating in Opens and Classics!

Every two months, we’ll be releasing a set of five tokens featuring new or
reprinted illustrations of some of your favorite StarCityGames.com and SCG
Tour personalities – and all participants in an Open or Classic will
receive the newest set!

Everyone who participates in a 2019 Season One Open or Classic will also
receive one of three SCG Tour commemorative playmats featuring original
illustrations by fan-favorite Magic: The Gathering artists Adam Paquette,
Victor Adame Minguez, and Greg Staples!

All participants in an SCG Tour 2019 Season One Modern Open or Classic will
receive this exclusive playmat illustrated by Greg Staples! 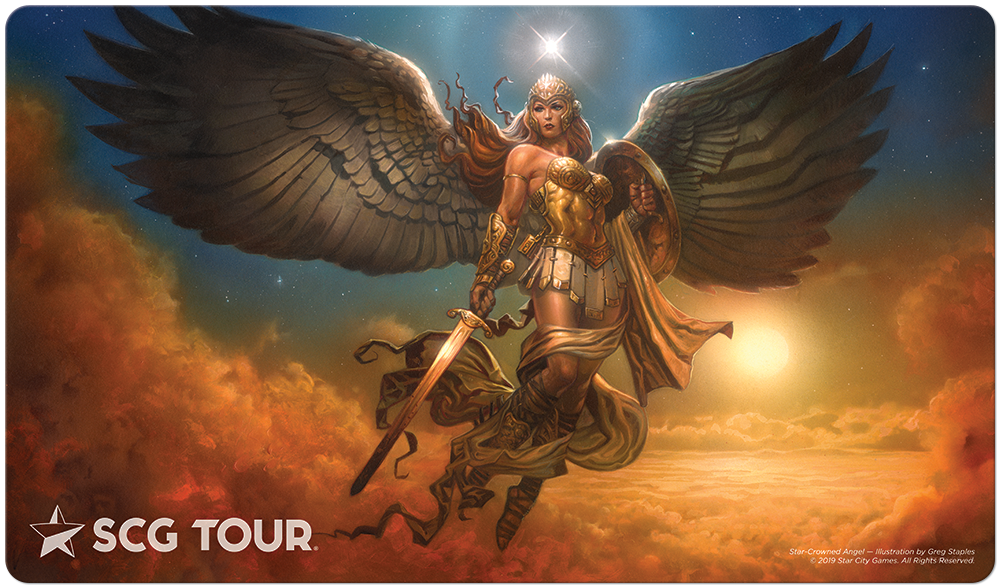 All participants in an SCG Tour 2019 Season One Standard Open or Classic
will receive this exclusive playmat illustrated by Victor Adame Minguez! 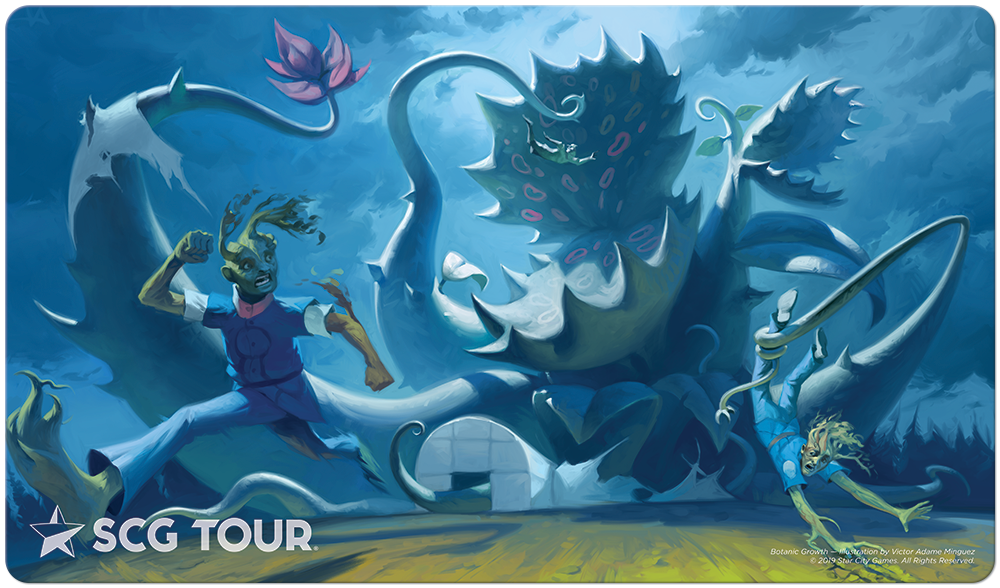 All participants in an SCG Tour 2019 Season One Legacy Open or Classic will
receive this exclusive playmat illustrated by Adam Paquette! 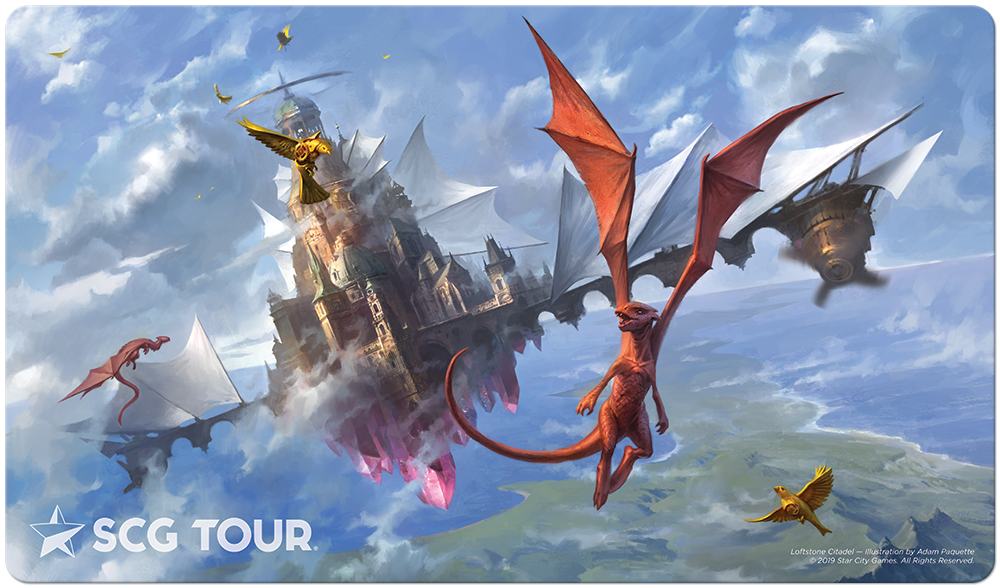 Teams participating in a Team Constructed or Team Modern Open will receive
one of each playmat per team.

Starting in 2019, the cost to enter an Open will increase to $60/individual
and $180/team. Having to announce a price increase is never fun, but it is
necessary to keep up with significantly increased operational costs and
needed to facilitate a number of SCG Tour improvements. This includes substantial coverage upgrades such
as adding time-shifted matches to our broadcasts, increasing the size of
our coverage team, and incorporating several technology-based solutions
specifically designed to improve the viewing experience.

The Return of The StarCityGames.com Players’ Championship!

Yes, you read that correctly!

2019’s SCG Tour will once again culminate with a year-end StarCityGames.com
Players’ Championship in which sixteen competitors will battle for their
share of $50,000 in prizes in one of Magic: The Gathering’s most exclusive
events! 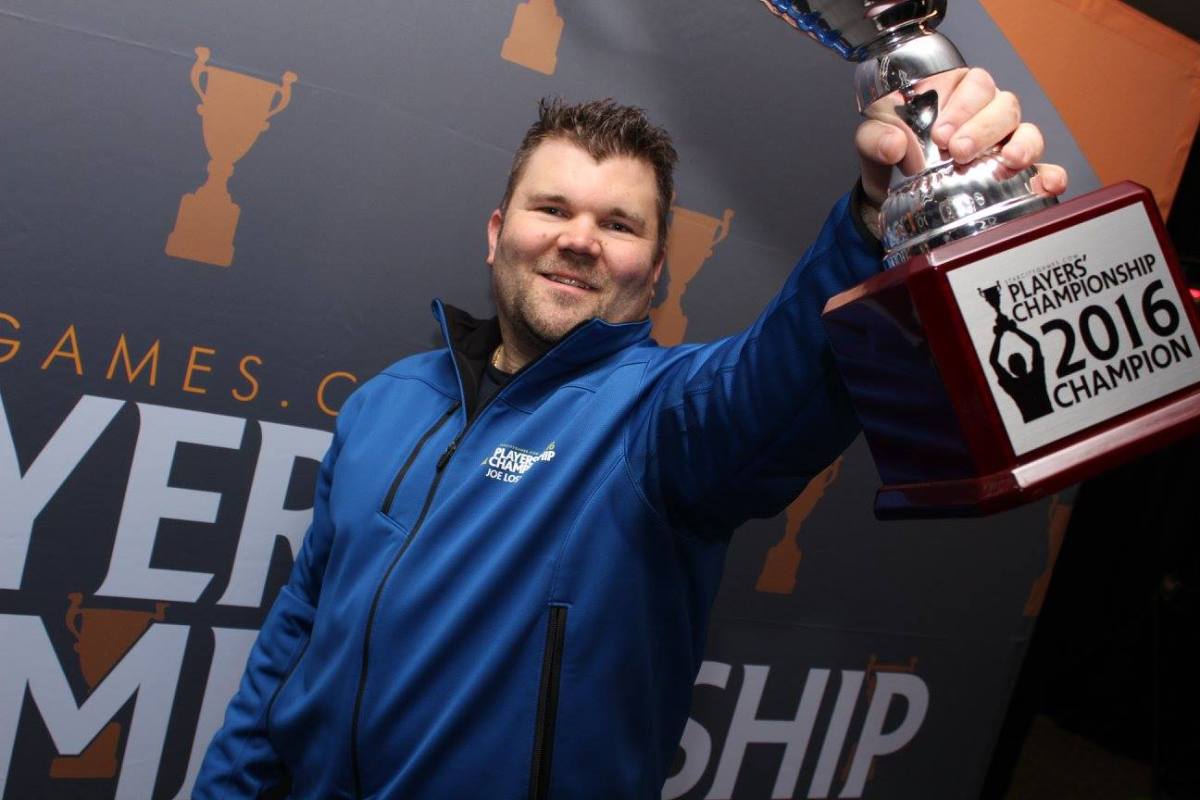 As always, I welcome all constructive feedback on today’s 2019 SCG Tour
announcements and will be responding to as much of it as I can throughout
the weekend in the comments section below this article, on Reddit, and on
Twitter @SCGTour.

Thank you for your continued support of both StarCityGames.com and the SCG
Tour, and good luck to everyone attending this weekend’s Team Constructed
Open in Columbus!


Please note that some SCG Tour and StarCityGames.com In-Store Program
web pages and policy documents may have not yet been updated to reflect
the changes contained within this announcement.