Prowess is one of my favorite Limited mechanics of all time, and given its similarities, I expect to fall in love with magecraft. Magecraft is the most flexible version of “spells matter” we have ever seen from a design perspective. Basically, magecraft is an ability that a permanent can have that triggers when an instant or sorcery spell is cast or copied, and that trigger can really be anything. Take a look at some of these sweet sweet gold uncommons. 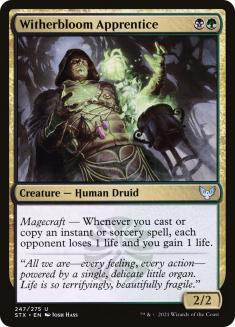 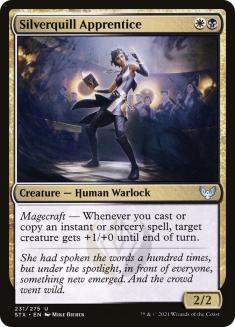 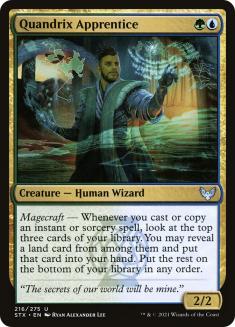 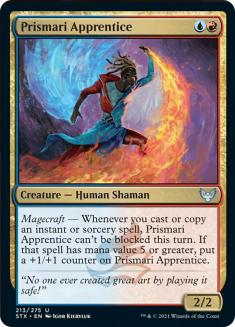 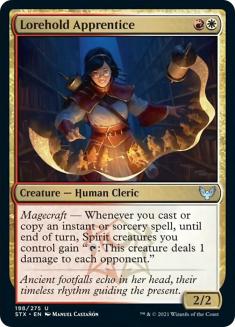 This makes me really happy. Strixhaven is a set based around five unique colleges and all five contain a gold uncommon dedicated to magecraft. Furthermore, it showcases the complexity and customizability of the mechanic. Simic can get card advantage while the others have a semblance of pressure and damage, but other facets make them unique and widely applicable to their particular guild. 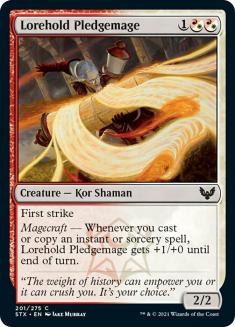 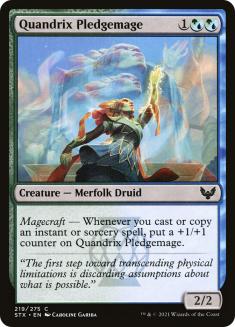 Having hybrid creatures with magecraft further communicates that this mechanic will be everywhere., as every single deck will have the possibility to incorporate creatures with magecraft. This changes the fundamental texture of the format; if battlefields consistently have multiple creatures that benefit from magecraft, a single well-timed removal spell will hit harder than ever. Even card draw can be cast to apply pressure. How wild is that!

So what impact this will have on the format? The best way I would describe it is both game and deck volatility. During the draft, the expectation of what your deck looks like may have huge swings in short time frames. This is because a Limited deck built to cast a flurry of noncreature spells looks very different. Similarly, games can shift drastically because cards incentivize setting up an explosive turn to either end the game you’re winning or shift it back to your favor. Either way, the shifts will be sudden and big, and you need to prepare for them. 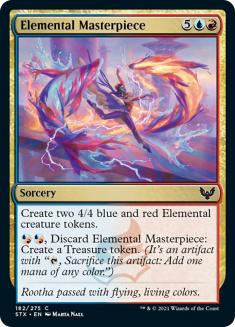 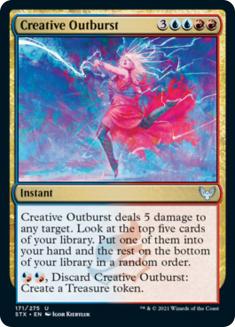 Elemental Masterpiece and Creative Outburst are extremely expensive but powerful spells. But why am I introducing them? They don’t really synergize with magecraft other than being spells do they? Well I think they do, specifically when you view magecraft as about either value or setup. If your plan is to include a bunch of cards that trigger off spells, magecraft is about setup. Otherwise, magecraft is just a value engine.

Either way, these cards play a role. A single extra ounce of mana can help cast that extra spell, yielding those huge swings I referred to. I imagine these cards will be great inclusions as top-end flood protection because in games where you’re short on mana and can’t cast them, they can really help you end the game with a flurry of spells. Otherwise, you cast an impactful late-game spell. 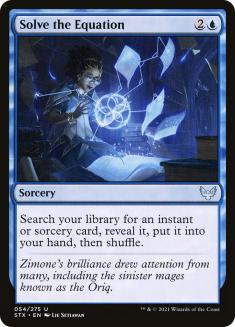 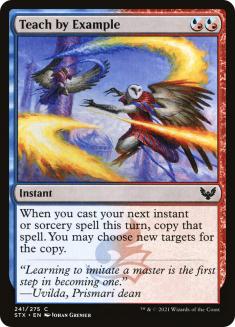 Solve the Equation and Teach by Example are likely important pieces to that flurry. Solve sets you up while triggering magecraft, and Teach ends it all by copying an impactful spell, meaning there will be at least three triggers total. This brings up a point related to deckbuilding and is where Wizards of the Coast (WotC) just has beautiful design, because Lessons fit perfectly with magecraft too: 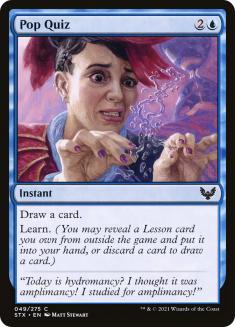 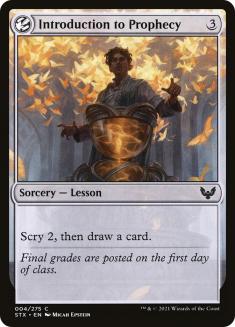 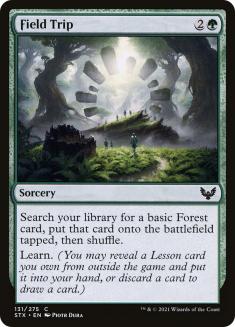 Learn is a great way to include extra spell density without losing too much slot equity. There are only so many nonland cards that can go into a Limited deck and a majority are often dedicated to creatures. What’s left usually isn’t much room for instants and sorceries that aren’t removal spells, and this is why some versions of spells archetypes end up failing.

However, with magecraft and learn in every color, it’s possible to get more bang for your buck on noncreature cards. Field Trip and Pop Quiz can both grab a Lesson, yielding two magecraft triggers for the price of a single card slot. This also keeps things in line with my expectations around a flurry of spells. While learn and Lessons aren’t cheap, it seems they can bridge the gap to casting three spells in the same turn late in a game, ending the game with a few magecraft creatures on the battlefield.

Furthermore, there are a variety of Lessons that make creature tokens. Historically, token cards help spells decks hit creature density while maintaining spell density for prowess triggers. It’s possible that very dedicated magecraft decks will be willing to play these inefficient Lessons to start if the cards with learn aren’t flowing.

Overall, I’m excited to see how this mechanic influences the format. Specifically, I think its success is predicated on the success of learn and Lessons, which I believe will have a large impact on the format.