Wizards slipped out some big Commander news last week, but if you blinked, you might have missed it. Five paragraphs, 135 words to let us know that Commander 2017 would be dropping early this year – August 25th. And that there would only be four decks, and that they would be tribal-themed.

First off, I am glad they are moving up the date! Having a new casual set dropping towards the end of summer sounds much better than sandwiched between buying the Fall Magic set and Christmas presents (though Commander decks make a pretty good Christmas gift for the Commander lovers out here).

I am less thrilled about dropping down to four decks. I know previously they released five decks so each release could focus on color cycles, and with Magic’s five-color dynamic, it only makes sense. My concern is color balance inevitably being out of whack by only having four decks, so that some color’s fan is bound to feel left out. On the positive side, it will be a little less expensive to acquire all the brand-new cards in the set by buying all the decks.

I am also a bit apprehensive on their choices of tribes. The announcement said “we are releasing four decks this year instead of the normal five, since this year’s theme isn’t based on the color wheel but some of Magic’s most popular, and interesting, tribes!” Tribal decks are certainly a lot of fun in Magic generally, and is certainly a blast in Commander where you can tap into cards from all of Magic’s history. But they are choosing some of the “most popular, and interesting, tribes.” What does that immediately bring to mind? 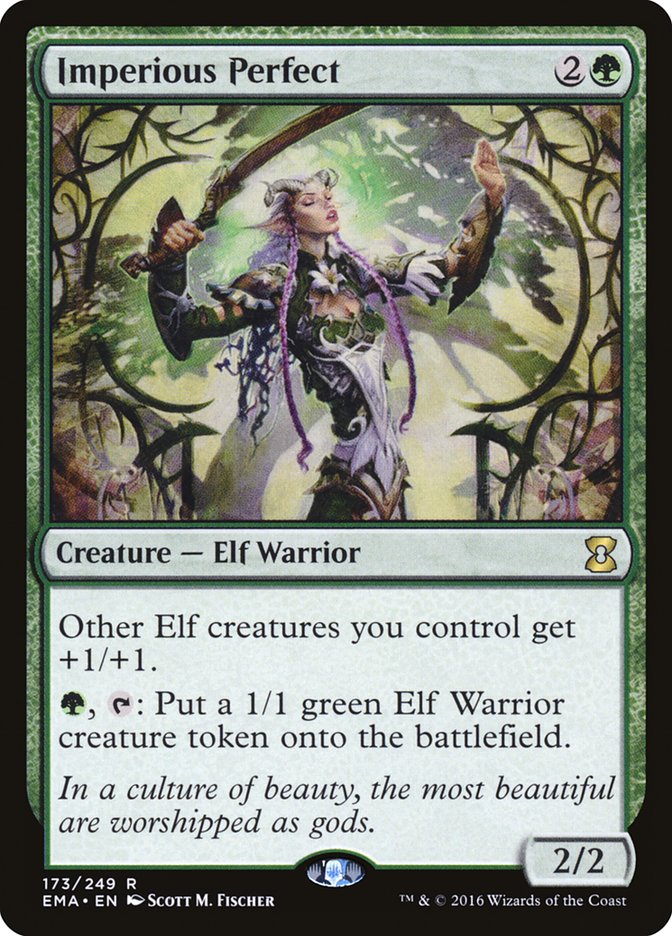 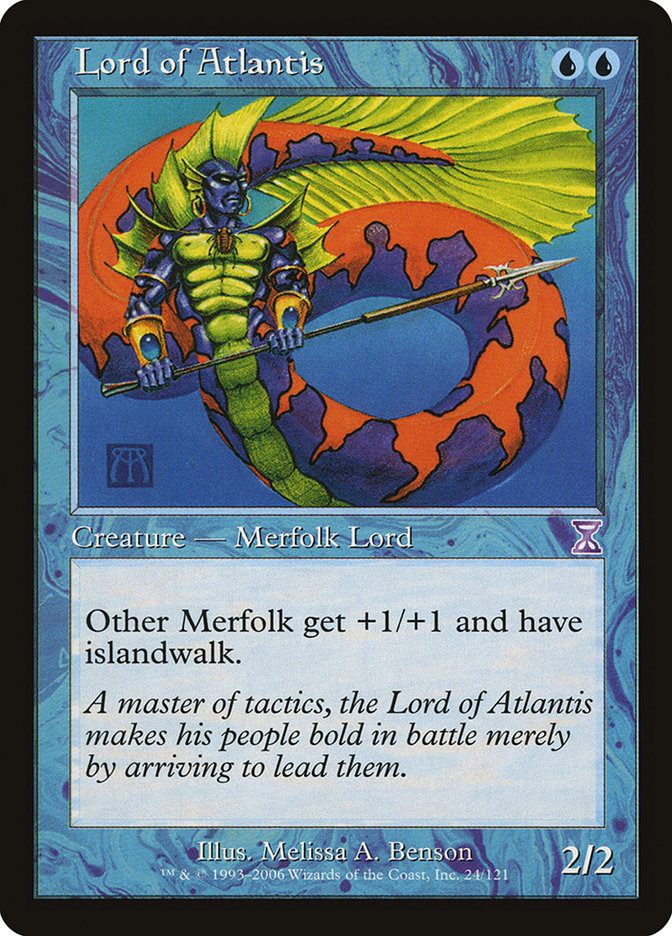 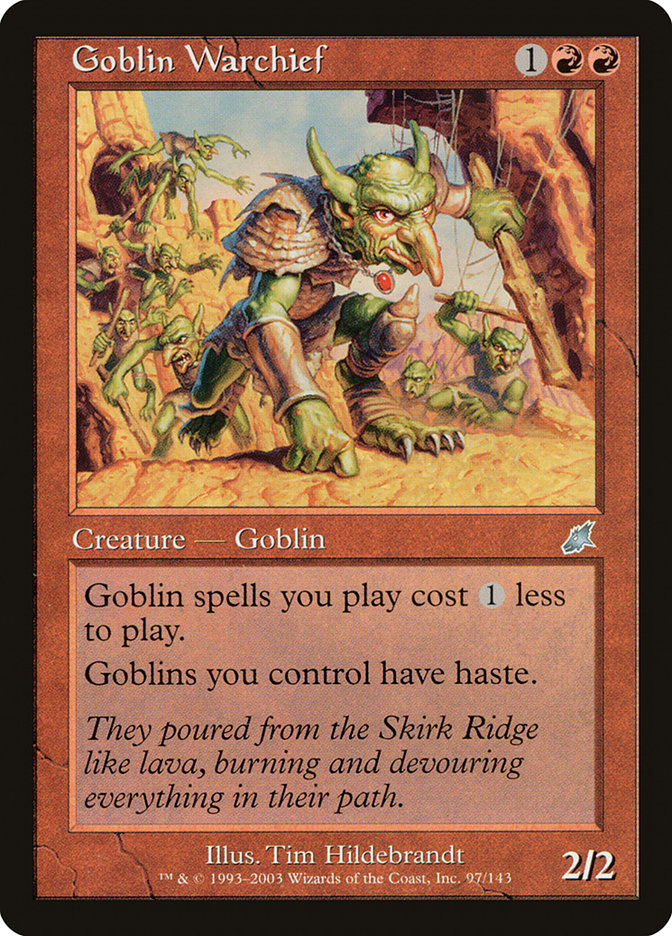 Elves, Goblins, Zombies, Merfolk are what I think of. The thing is, it is incredibly easy and relatively cheap already to build a Commander deck around these tribes. Wizards has printed truckloads of support for these cards, to the point that they have been competitive across multiple Constructed formats.

Take for instance a new card from Amonkhet, Lord of the Accursed. 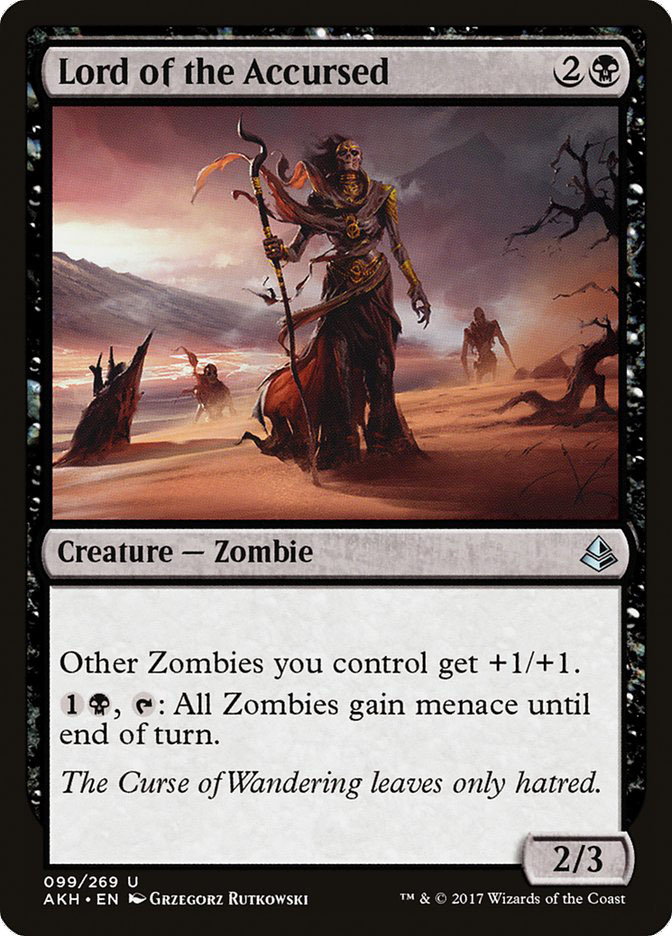 A Commander fan opening this card at their Prerelease might naturally find it cool and turn thoughts to building a Zombie tribal deck. Going to Gatherer and searching for the word “Zombie” in card texts will yield pages of cards that mention Zombies, many of which would easily go into a Zombie tribal deck.

We honestly do not need reprints and new support cards for these sorts of tribes, no matter how popular and interesting they may be.

You know what we do need? More cards for tribes that have had just enough support to pique our interest, yet not enough cards to build a deck we won’t be embarrassed to bring to our Commander table.

Take for instance another new card from Amonkhet, Regal Caracal. 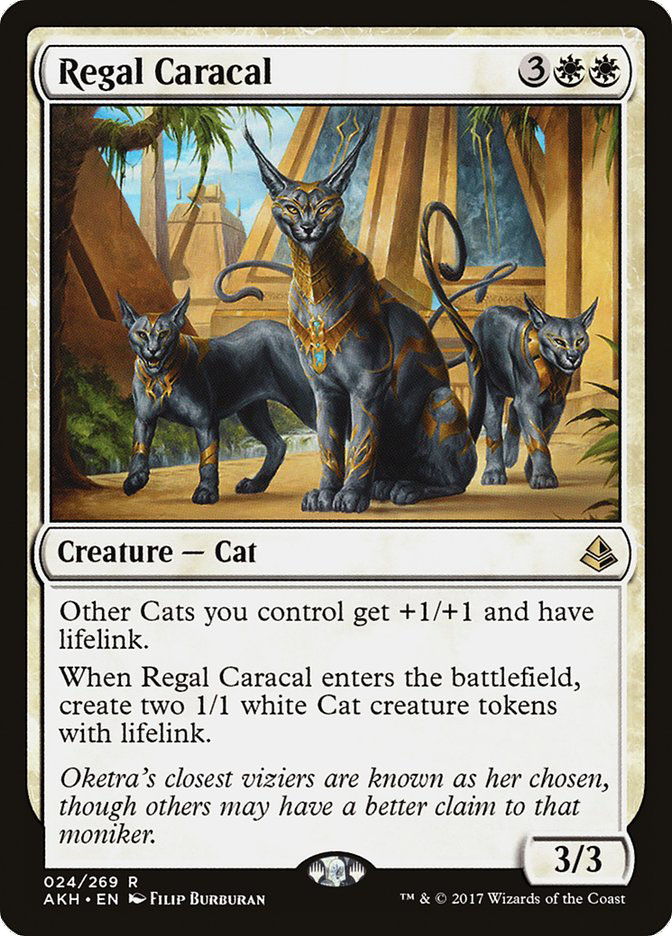 When this was previewed, Magic-playing Cat fans the world immediately started searching for creature type “Cat” in various search engines. Since I am one of them, I can tell you what we found: Cats spread out amongst all five colors of Magic, but pretty much no “Cat matters” cards to tie them together outside of Raksha Golden Cub. You know what might amazing in Commander 2017? A five-color Cat legendary Commander and a deck full of Cat tribal support.

Let us look at another new card from Amonkhet, Neheb, the Worthy. 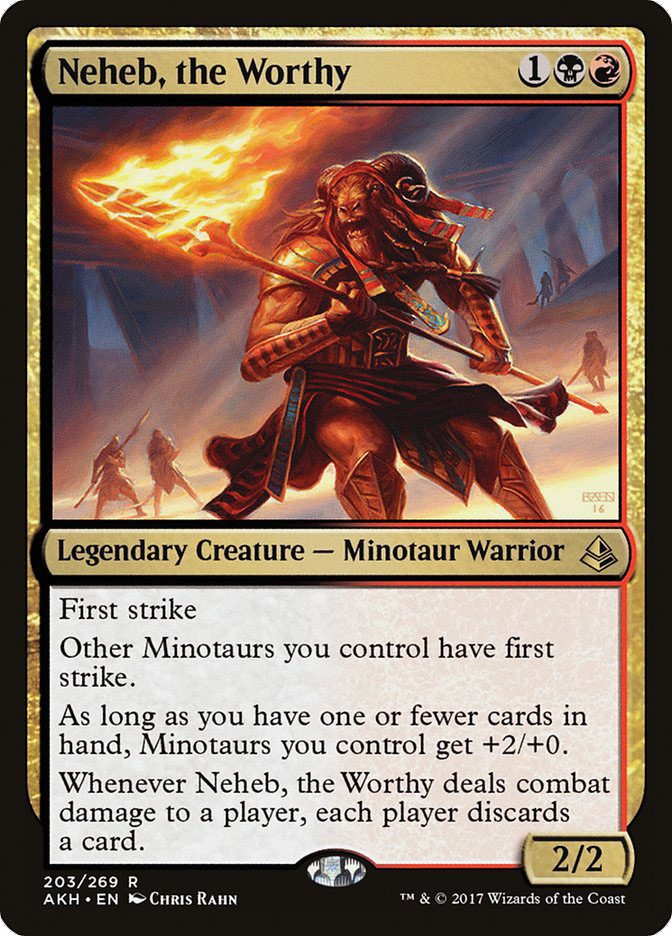 A Commander fan relatively new to the game might open up this card and immediately wonder what sort of tribal Minotaur deck they could build. A stroll through Gatherer will leave that fan disappointed, despite how amazing Didgeridoo is. While a handful of Minotaur tribal support cards are good, Minotaurs as a tribe are pretty weak and mostly designed for Limited play. Which is unfair, considering how badass Minotaurs in mythology, fiction, and RPGs tend to be. You know what might be amazing in Commander 2017? A powerful R/B/U Minotaur legendary creature that could tie together all the fair-to-middling Minotaurs from Homelands forward and pepper in some really kick-ass new Minotaurs you can Didgeridoo onto the battlefield.

These sort of tribal “teases” aren’t a new phenomenon. Early in my Commander career I was inspired to build a tribal deck when I ran across these cards. 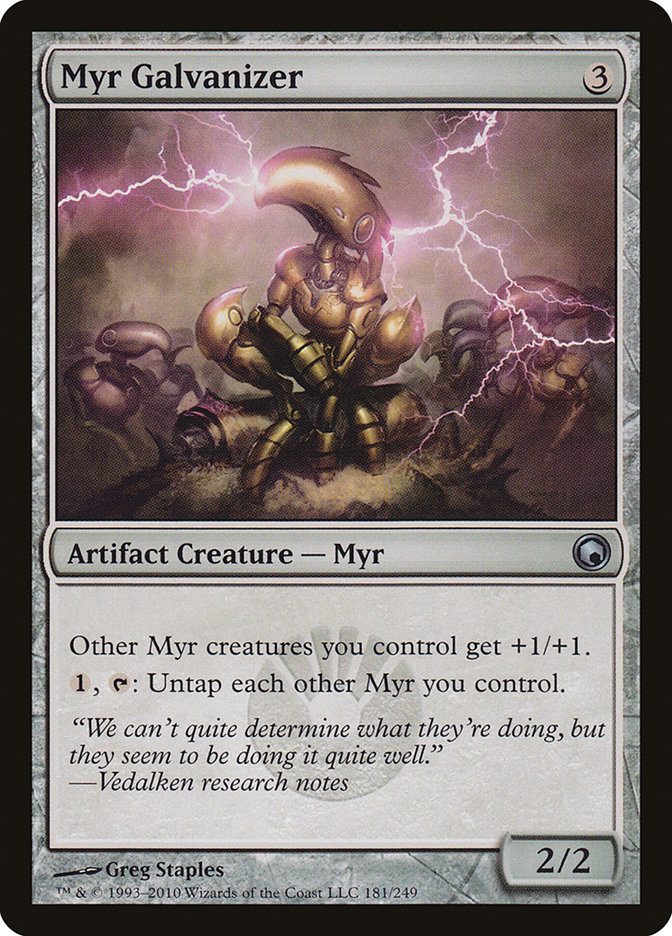 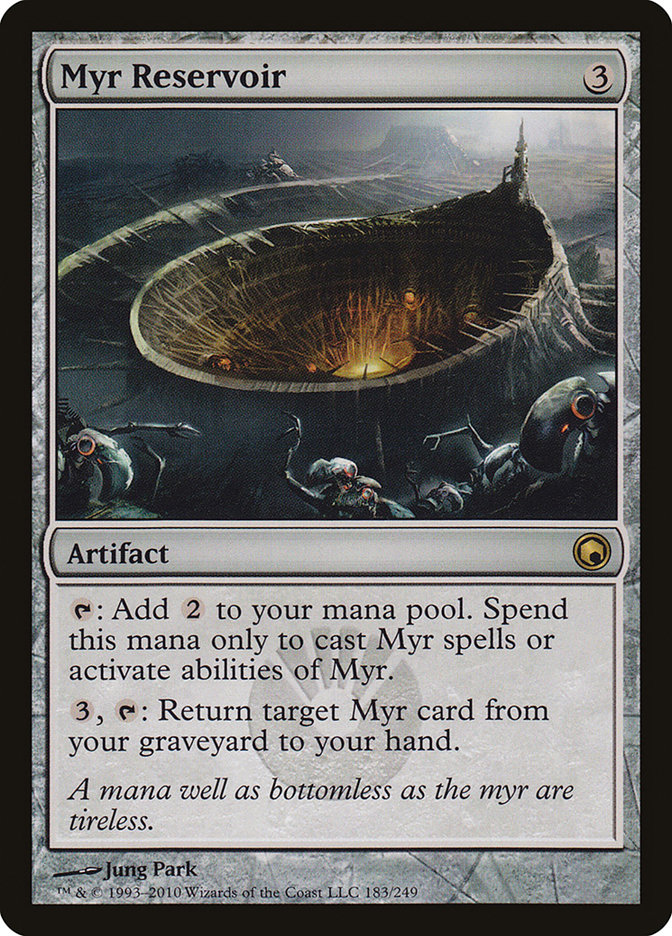 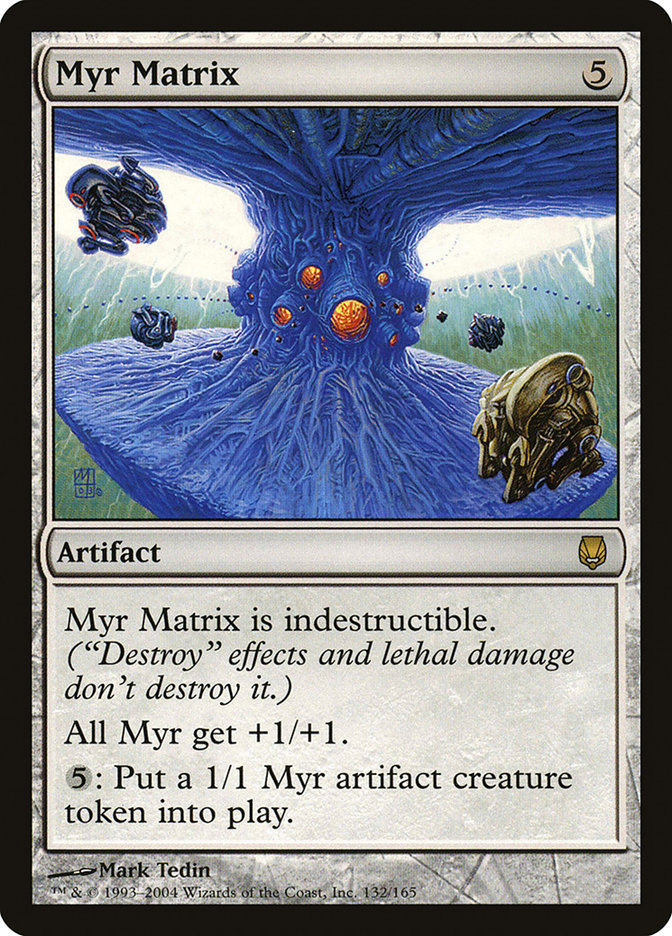 Outside of these cards and Myr Battlesphere, there isn’t too much in the way of “Myr matter” cards but you can almost get there. Almost. How about some Myr love in Commander 2017?

Or how about this card? 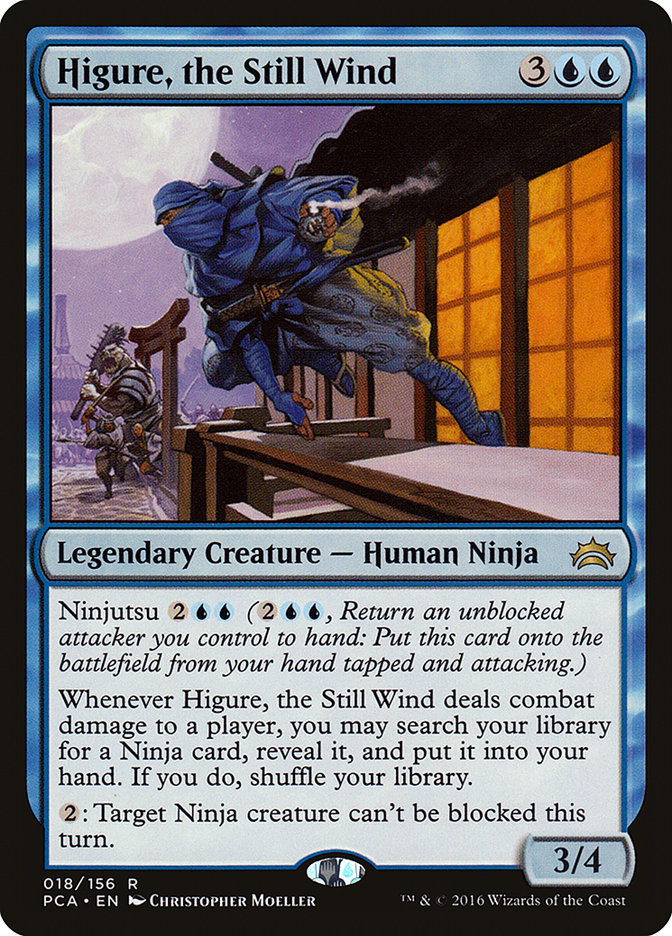 Wouldn’t it be awesome to have more Ninjas in your deck to search out with Higure? And a B/U legendary creature that could tie the black and blue Ninjas together? Kamigawa seems to be a plane that Wizards isn’t in any hurry to return to, so Commander product is pretty much our only hope for new tribal support for Ninjas. 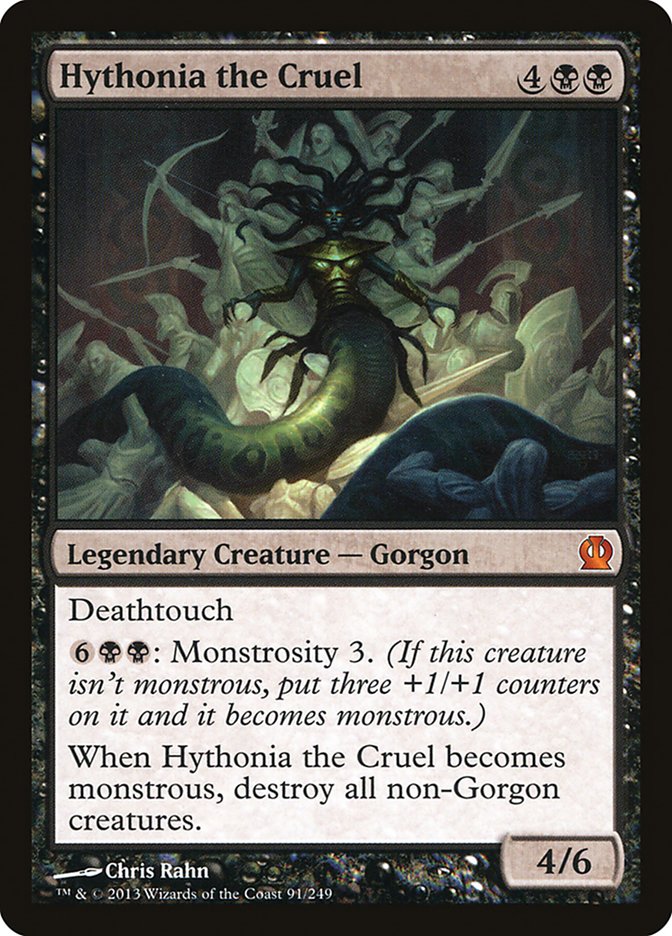 Wouldn’t it be awesome to blow up the world but still keep your Gorgons on the battlefield? The problem is that there are not all that many good Gorgon cards, and several of them are green as well as black, so if Hythonia the Cruel is your Commander, you cannot play them. Sisters of Stone Death certainly makes a flavorful choice for a Commander but the power level is pretty low. Damia, Sage of Stone is powerful but clashes a bit with Gorgons being relatively demanding on mana.

What we can expect are some sweet tribal reprints, hopefully some good ones that can go in any tribal deck. I am thinking of cards like this:

These cards are staples for a whole variety of tribal decks, so having them reprinted will be a welcome way to stock up Commander collections. In particular, I think Cavern of Souls and Mutavault could certainly use the reprint. Both cards’ single prices are quite high, especially Cavern of Souls, and both offer a lot of benefit for Commander tribal decks.

There are a few cards that are great tribal spells I didn’t include in the list:

The decks for each Commander product tend to be designed to play very well together, but in a throw-down between all tribal decks, these cards lose a lot of value.

One thing I think is likely is a new spin on a land tied to your Commander. Command Tower has been a huge hit for Commander, and Opal Palace and Command Beacon provide some nice utility without taking up spell slots. I am thinking a land that says something like “creatures you control that share a creature type with your commander gain X” would be a home run for Commander fans, though guessing what “X” might be is an interesting thought exercise. Would +1/+1 for X be okay? How about vigilance? I think evasion like flying or trample would be too strong. What do you think?

What sort of tribal cards and decks do you hope to see in the Commander 2017 product?

Before I sign off this week, I wanted to share some thoughts on these two legendary cards, one of which is in Amonkhet. 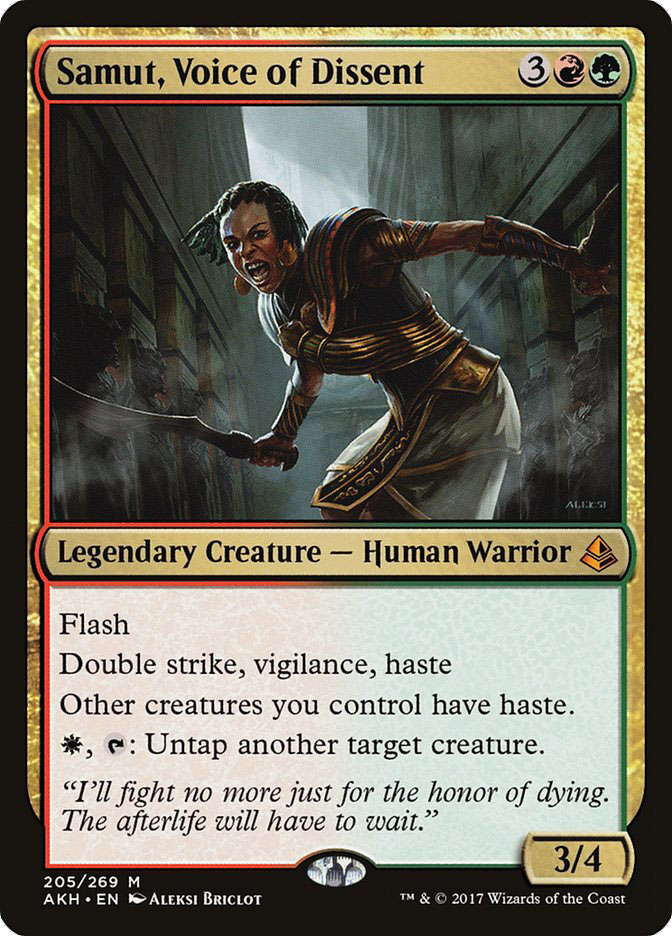 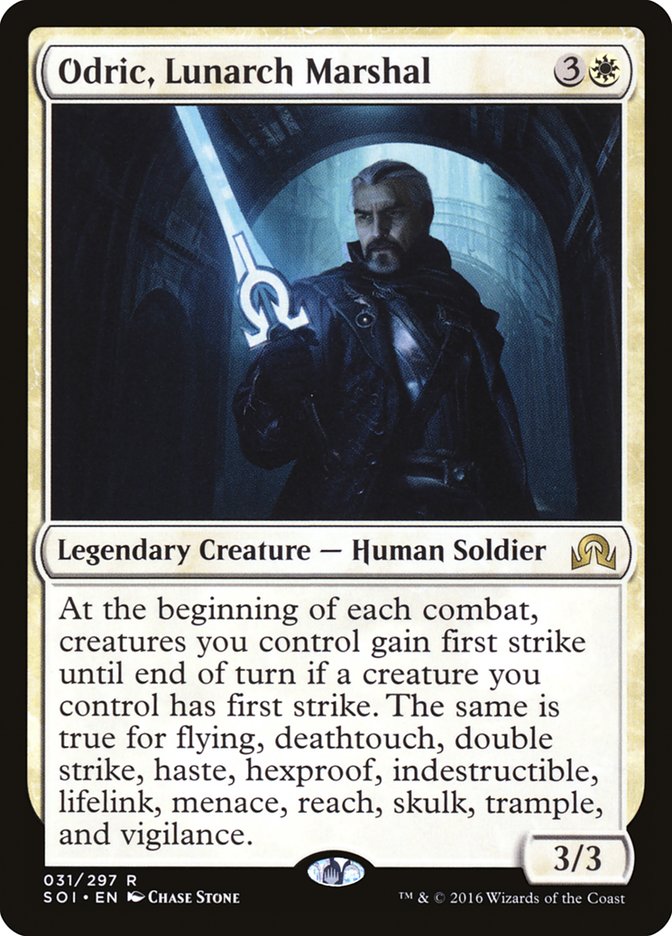 Any relatively efficient creature featuring this many abilities is going to catch some notice. Odric, Lunarch Marshal is always on the lookout for a creature with a few good abilities, and Samut over-delivers. With Odric and Samut on the battlefield, at the beginning of each combat, each creature you control will gain double strike, vigilance and haste (though Samut already gives all your creatures haste). This combo exists in Standard, and with the new Amonkhet Gods adding indestructible to the mix, I have been tinkering with some lists that probably aren’t good enough. However we do have Traverse the Ulvenwald, Thalia’s Lancers, Bring to Light, and Eldritch Evolution providing a lot of potential for assembling combos with Odric.

But what about Commander? Well, there are all sorts of ways to assemble the combo in Commander! In general, I try to avoid something like Survival of the Fittest due to its reusable nature and sheer tutoring power, but Time of Need seems fine. Captain Sisay is over the top with Samut giving it haste and being able to untap it, but I think we can bank on our opponents killing the Captain as soon as they can. Since many legendary creatures have a lot of sweet abilities for Odric to borrow, I rolled deep into “legendary creatures matters” and cooked up this list:

Worst-case scenario, you are bound to have a lot of fun just assembling a legion of legendary creatures to do battle with. One thing I hope to pull off is giving my team indestructible with Odric and a God and then activating Mageta the Lion—breaking symmetry, baby!

By the way, have you had a chance to play with the Amonkhet Monuments? I got two in my Prerelease in the colors I wanted to play, and each time one of them stuck, they provided some great advantages. I am definitely going to make use of them in a lot of Commander decks, but being legendary makes them even better here! I mean, you can tap the Monuments to untap Honor-Worn Shaku! 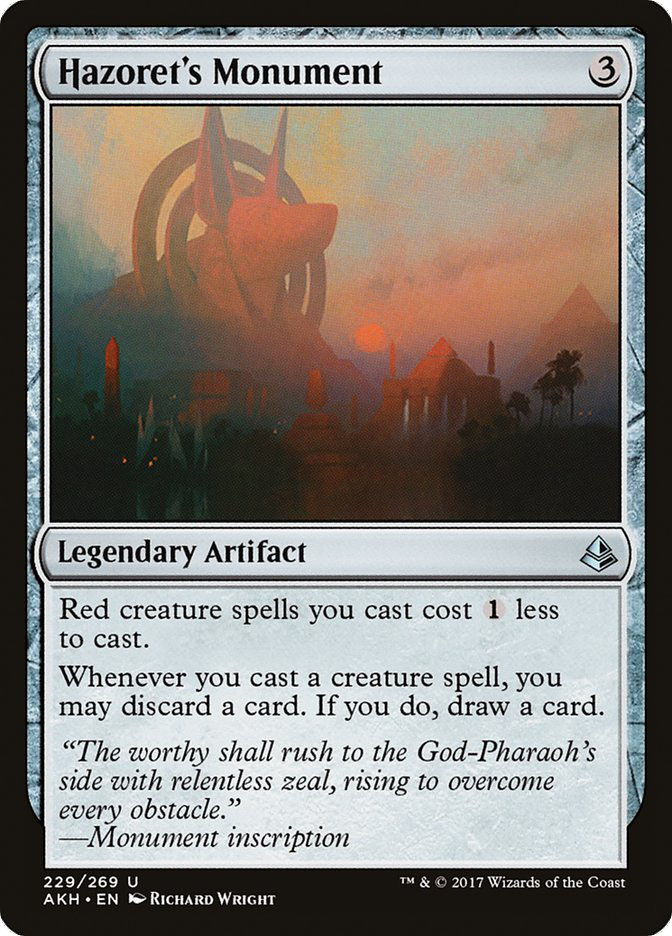 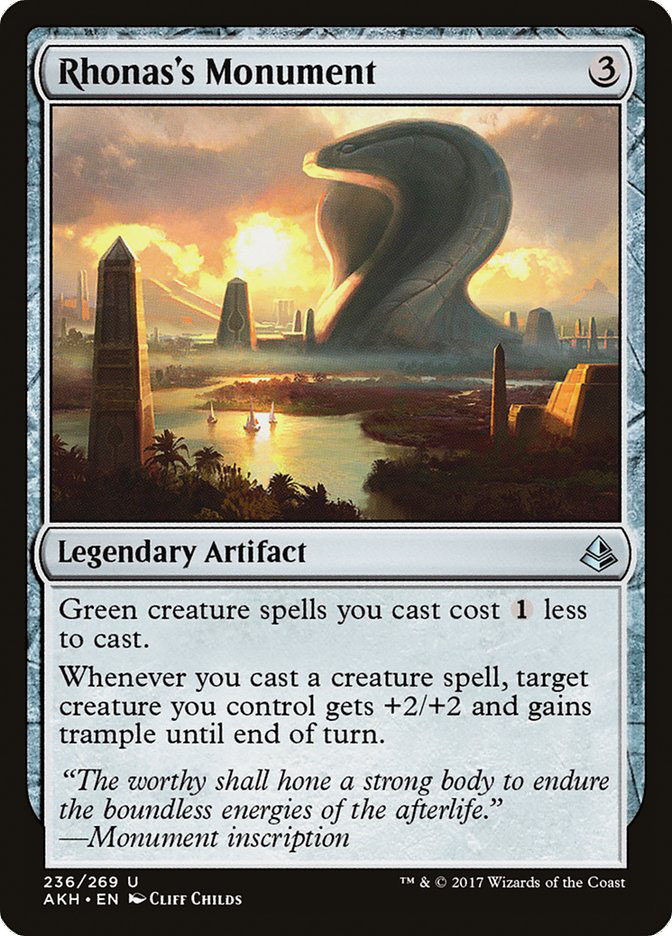 I just went with Hazoret’s and Rhonas’s Monuments, since they will help cast our commander, Samut, Voice of Dissent, while Oketra’s Monument will not. I feel a little bad on the flavor side using Hazoret’s Monument but not actually playing Hazoret in the deck, but I don’t think the God fits too well with the rest of the deck. And hopefully Oketra won’t get mad that I’m running the God in my deck but not the Monument.

I tried to scare up some legendary creatures that had tapping abilities as well so that Samut could untap them for more use. We talked about Captain Sisay, but I also like Glissa Sunseeker; Jaya Ballard, Task Mage; Yisan, the Wanderer Bard; and Hua Tuo, Honored Physician too.

What do you think of the deck? How would you go about assembling combos with Odric differently?