Temur Reclamation had been the best deck in Ikoria Standard prior to the release of Core Set 2021, but it was only the second-most played deck today. Bant Ramp had 33 pilots in the 144-person event and took three of the Top 8 slots, but Diaz won the whole thing as the lone Temur Reclamation player in the elimination rounds.

Diaz sliced through the bracket, winning every match in the Top 8 2-0, including the finals where he displayed how powerful Sublime Epiphany was in both games to defeat Nick Price on Bant Ramp.

Along with Sublime Epiphany, Diaz utilized Llanowar Visionary, Jolrael, Mwonvuli Recluse, Scavenging Ooze, and Ugin, the Spirit Dragon from Core Set 2021 to take down the event. The list trimmed on a copy of the namesake card as Diaz went without the powerful enchantment in sideboarded games against aggressive decks.

Other notables in the Top 8 were Fabrizio Anteri, who made his second straight SCG Tour Online Championship Qualifier Top 8, Corey Baumeister, and Jonathan Hobbs.

View the Top 16 decklists. Full standings, decklists, and metagame breakdown can be found on MTG Melee. 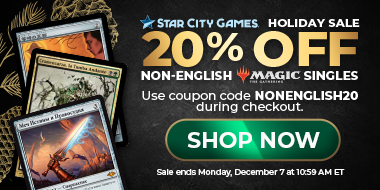