Phyrexia: All Will Be One is starting to take shape, and as usual, I’m excited! Not only does it give me some nostalgia from Scars of Mirrodin block via returning mechanics and callbacks (Gleeful Demolition, Kuldotha Rebirth), I will be drafting this set at the first Pro Tour of the year! We’ve got enough context with the previewed cards to start talking about some of the mechanics we will be seeing. 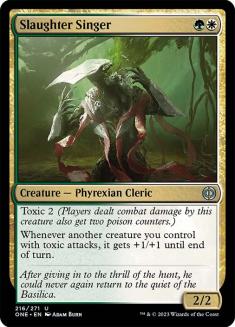 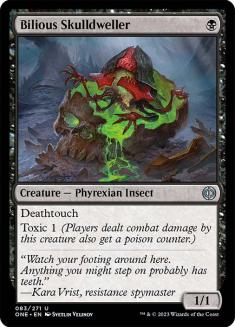 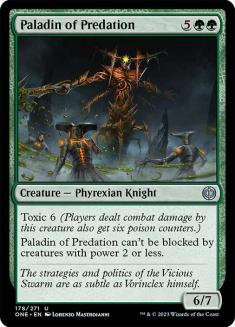 Toxic is a cool new mechanic to replace the notorious infect mechanic first introduced in Scars of Mirrodin. Toxic is a much cleaner take on poison counters, most heavily weighted in white, black, and green. While your creature will still do regular combat damage based on the creature’s power, it will also apply an amount of poison counters equal to the toxic amount to the opposing player if it connects to their face. Multiple instances of toxic stack as well;if a creature has toxic 1, and you grant it an addition toxic 2 via Necrogen Communion, *checks fingers* that’s toxic 3! 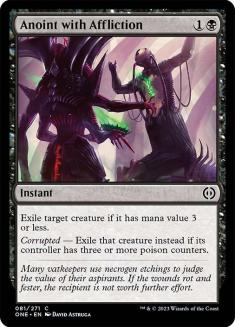 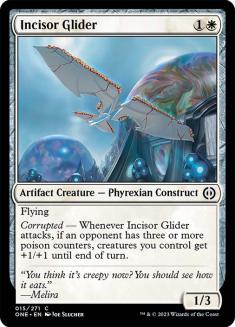 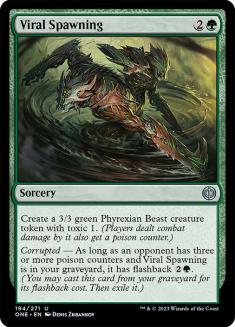 Corrupted is a payoff for just being a little bit toxic, which we know you are. If an opponent is feeling a little ill with three or more poison counters, then cards like Bonepicker Skirge or Sinew Dancer start to get excited. It seems like there are some creatures with toxic that you might play regardless of whether your win condition is trying to slip your opponent some hemlock or not, so it doesn’t seem too difficult to count to three. 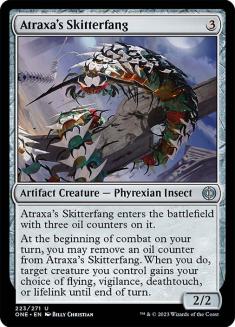 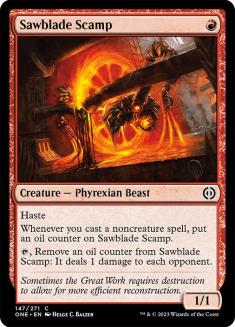 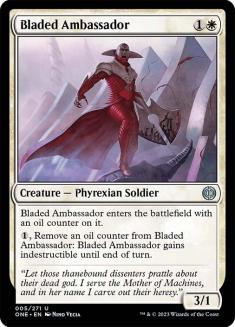 Oil counters are a slippery new mechanic that really complements proliferate (more on that later), which will be most supported in blue and red (though it is present in all colors), via cards like Tamiyo’s Immobilizer and Magmatic Sprinter. Now, you don’t have to drink anyone’s milkshake to get hold of some of the black gold, because every card that requires oil to operate comes with a full tank or has a way to produce oil itself. There are too many greasy cards with this new mechanic to generalize it in any way, other than it will be strong with cards that proliferate. 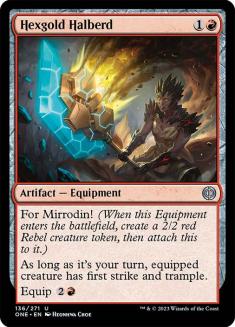 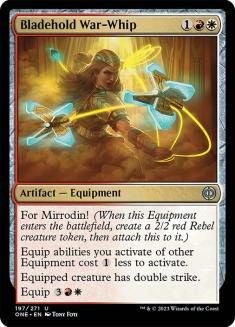 For Mirrodin! is a new mechanic similar to living weapon, except nowadays you get power and toughness on your token, what a deal! By default, these pieces of Equipment enter the battlefield with a 2/2 red Rebel creature token already wielding them. The equip costs on these seem to be overpriced, which should be expected given the deal you get up front. While Vulshok Splitter is most definitely not Flametongue Kavu, it might still be a solid piece of Equipment for a beatdown deck. 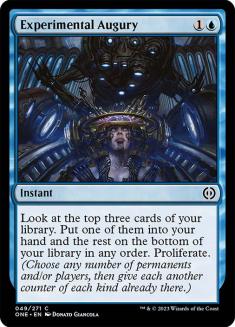 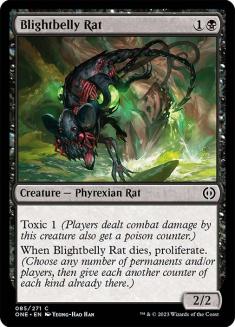 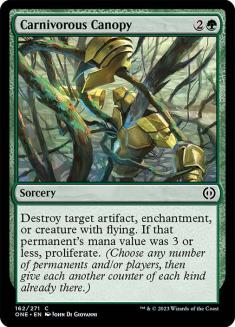 Proliferate was introduced in Scars of Mirrodin. First paired to work with -1/-1 and poison counters from infect, it has been an evergreen mechanic ever since due to the wide array of counters that exist in Magic. In this set, proliferate looks to be very strong. Not only are the two premier mechanics counter-based (poison and oil), the cards that proliferate are actually strong by themselves. Cards like Mesmerizing Dose or Volt Charge, while good at face value, will likely be very unassuming early in the set before shifting to first picks (I predict). It is noteworthy that they have excluded any proliferate from white’s piece of the pie. While white is the most toxic color, other colors will need to assist with poison proliferation. 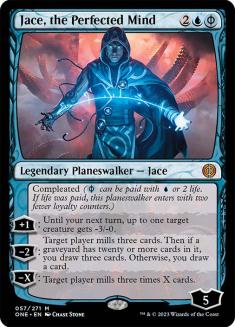 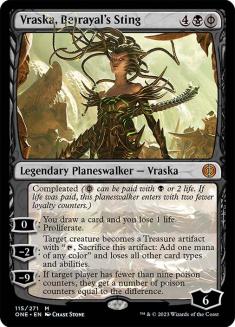 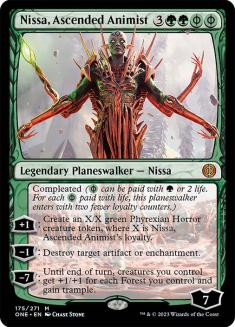 Phyrexian mana is another returning mechanic introduced in New Phyrexia, though we’ve seen it as recently as Dominaria United, via Ajani, Sleeper Agent. In Phyrexia: All Will Be One, not only do we get five compleated planeswalkers (as of the day I write this), but there are other rares with Phyrexian mana costs involved, like Skrelv, Defector Mite.

We will have to wait and see if they print any lower-rarity cards with the mechanic, like Dismember or Gitaxian Probe, but I wouldn’t be surprised so see their exclusion, as they can make some waves across older formats.

Well, that’s all I have to say about that. Until next time, Lose and Learn, Learn and Win!