The obvious Modern choice this weekend is Azorius Control. It won its first Grand Prix a few weeks ago in Dallas and proved it can contend with the biggest, baddest villains of a broken format. I will admit that the deck has lost some of its luster with the banning of Bridge from Below, as control decks in older formats feast on a shrunken metagame. With Bridgevine being a shell of itself (which is still a pretty good deck), Azorius Control isn’t going to have an easy road.

Do0mSwitch has helped propel Azorius Control to Tier 1 status, even if it is a brief stay. I still think this strategy lands firmly in Tier 1.5, but some changes must be made. Surgical Extraction is again a one-of, the planeswalker package is eight to nine threats deep, and the sideboard requires two knockout cards. Do0mSwitch went with Monastery Mentor, but I think Geist of Saint Traft is prime for a breakout this weekend in its place.

This may seem out of my wheelhouse, but it has the requisite blue cards to draw me into the aggressive world. Once I dabbled in Eternal tempo decks and it was undoubtably enjoyable. Such decks generate card advantage while pressuring the life total. Wrenn and Six is the breakaway card from Modern Horizons, which has now infiltrated Legacy.

Mengucci is a master of the Legacy format and he put a great deal of love into this deck. Dreadhorde Arcanist is busted with Legacy cantrips and Delver of Secrets and Tarmogoyf are some of the most efficient threats in the format, making the early creature package very difficult to ignore. Those, defended with the power of the best blue disruption in the game, gives this deck an edge against the combo decks that infest the format. These decks would struggle in the past against the grindy, midrange decks, but Wrenn and Six has helped seal that deal. Being able to hit land drops while running the bare minimum, and apply pressure if unanswered, gives this four-color monstrosity a scary ceiling.

Assuming people look to pick up on the aggressive strategies that were successful at SCG Worcester last weekend, Orzhov Vampires is a great place to be. The deck has the ability to go under Mono-Blue Aggro, has lifegain against Mono-Red Aggro (even if Goblin Chainwhirler can be a bit rough), and has things like Sanctum Seeker in order to get past the “tank up” strategies that use Risen Reef to buy a ton of time.

Dustin Taylor’s version of the deck, in particular, is incredibly linear and slanted to be as aggressive as possible. There are very few planeswalkers in the 75 outside of Sorin, Imperious Bloodlord and he’s even shaving on things like Legion’s Landing because he doesn’t expect Adanto, the First Fort to have a large enough impact in his games to always want to have one.

Tomasz Sodomirski, better known as Sodek on Magic Online, recently took down a Mythic Championship Qualifier with Dredge, and it’s easy to tell why. 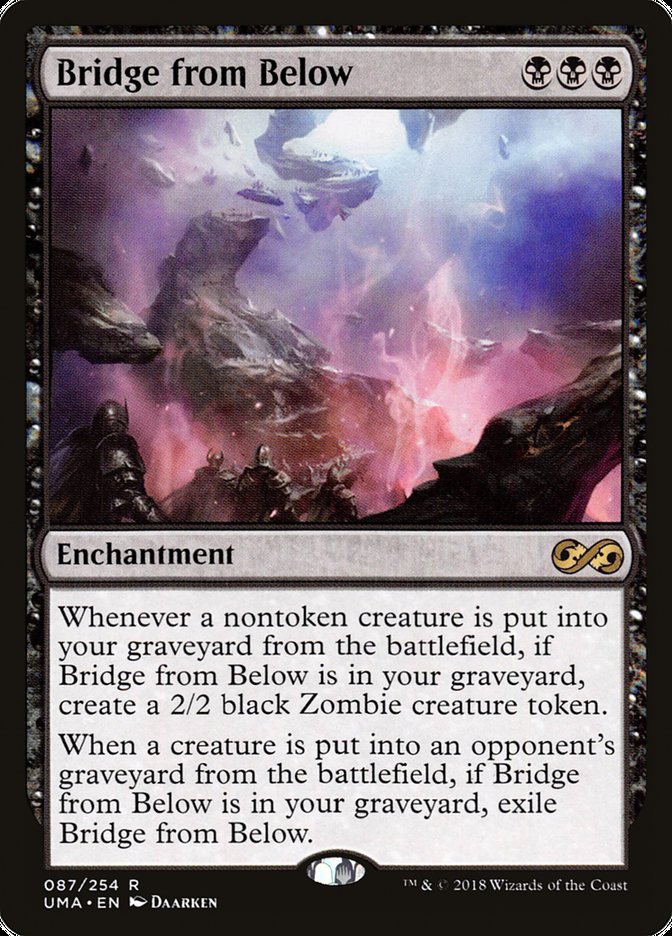 With Bridge from Below getting banned, the immediate reaction of most people was to assume that they could leave their graveyard hate at home, or at least begin trimming on it. A graveyard card gets banned, so the graveyard decks will take a few weeks off, right?

Dredge is just as good as it ever was, and on the weekend that people are still adjusting to a new metagame, it’s a great time to remind people that new cards don’t mean they can cut their Leyline of the Voids.

Hogaak, Arisen Necropolis is still trying to make its way into Dredge, as it’s naturally a great tool for any graveyard deck that’s planning to play an aggro game. The deck’s going to shift in coming weeks to compensate for the Avatar, but until then, this list is a tuned version of an archetype that has proved itself a format mainstay.

As Legacy gets fairer, Burn gets better. Most of the fair decks in Legacy right now are trying to prey on the fact that Back to Basics, card advantage, and Narset, Parter of Veils all matter. Burn circumvents all of this.

Light Up the Stage and Skewer the Critics both gave Burn some incredible tools, and the redundancy of the deck makes it difficult for any of the tempo or control decks to effectively lock out without something to the effect of Chalice of the Void. Luckily, Smash to Smithereens and Price of Progress tend to line up beautifully against the Chalice of the Void decks, and Burn has a host of one-mana cards that don’t have a converted mana cost of one in Rift Bolt and the aforementioned Light Up the Stage and Skewer the Critics.

There’s also a strong point to be made for the fact that the deck is cheap and a great way to get teams that might struggle to find a Legacy players into a team event that requires a Legacy player in order to participate. Not having to sacrifice power for budgetary concerns is fantastic, and as a result, I couldn’t recommend Burn more.

Jund Dinosaurs are attacking the metagame in such a great way right now. Blue-based tempo decks are on the rise and have quickly become the most played strategy in Core Set 2020 Standard. This is great news for our good friend Shifting Ceratops, as you can’t really expect to try to tempo out an uncounterable pro-blue powerhouse.

Everyone’s favorite deck is posed for a strong comeback! With Bridgevine out of the picture, fair decks are starting to run rampant and I can’t think of a better way to rain on their parade than with a good old-fashioned Karn Liberated! When decks start to be too reactive, we see a huge opening for the UrzaTron lands to have a great weekend. The best examples I can think of is the skyrocketing success of Jund and Izzet Phoenix recently. These are two decks that are very powerful, but they really struggle against big mana decks.

Until we start to see decks that abuse big mana strategies like Dredge, Neobrand, and Ad Nauseam, I think Mono-Green Tron is a great choice!

Legacy is the format I have the least experience with. With that being the case, I want to play a deck where I get to look at my opponent’s hand and I want to do it often. Reacting to my opponents every move instead of having to figure out what to play around every turn is where I want to be in Legacy and Grixis Control is perfect for this.

Grixis Control is one of the best Game 1 decks in Legacy. You get to draw threats that find more answers to problems, while your opponents draw removal, which is almost completely dead against us. The games get tougher after sideboard when they no longer have dead cards, but you have access to some of the best hate cards in the format in Red Elemental Blast, Pyroblast, and Hydroblast.

The theme for my deck selections this week is “things other people are winning too much with to ignore.”

Won the Kumite. Gilbert Arenas is finally back on top. @ArenaDecklists pic.twitter.com/YsfP3g87s7

Brendan McKay is a staple of the DC Magic scene. He’s also a grown man with real grown man responsibilities like his own mortgage business, so the fact he is #1 Mythic on Arena is a big deal. He also admits he is playing loose and it doesn’t matter.

But what about the whole “the Arena metagame is loose and not self-iterative like Swiss events” thing? Zachary Kiihne and Dustin Taylor made the Top 8 of SCG Worcester with Orzhov Vampires. It is very clearly a good deck.

Yes, it looks like a silly tribal deck. And it violates my rules about one-drops and split color mana. But it is winning too much for me to care.

I played eldrazi tron to an 8-0 finish at the #MOCS. I had never played the deck before, but I had a hunch it would be good because less bad combo matchups like storm, tron, ad naus and karn tgc turns around your the artifact matchups. Here is the deck: pic.twitter.com/bRMpujqPVO

Yet again, we have a deck just winning too much.

Eldrazi Tron is putting up top records at basically every Modern event these days, and I don’t feel like anyone has adjusted to it. I don’t know if anyone quite knows how, because the deck looks like the same mopey deck it always has been that just lost on card quality.

But now it’s a Karn, the Great Creator deck. It’s got the classic Splinter Twin-style play where you threaten a low-level fair plan with a backup immediate win that was always your main plan. As I pointed out Monday, the two halves of the deck are super-complementary. The creatures protect Karn, force action to open the way for Karn, and even have great abilities that pave the way regardless of this.

I make no promises I would play Eldrazi Tron in a week in an individual event, but this weekend for a team event, the deck is a slam dunk.

When it comes to Legacy I have two barometers: Jarvis Yu and Danny Batterman. Their opinion on Bomberman is the same: “That deck is messed-up good.”

Bomberman feels like a final state of the semi-recent progression of Ancient Tomb decks where your non-Chalice of the Void plan is extremely fast and powerful. In this case, both Monastery Mentor plus zero-cost spells and the Bomberman combo play this role, so you have layers of combo kill redundancy when your Chalice-Karn lock plan fails.

Again, I can’t stress the feedback I’ve gotten enough. Is “The worst part about Bomberman is playing mirrors against their Chalice of the Void for zero” a good enough sell for you?