Temur Reclamation has quietly been tearing things up over on Magic Arena, and it’s about time the tabletop world of Magic started to take notice. Our own Todd Anderson was doing things similar to what this deck is doing way back during the first week of Standard, completely eschewing all of the moving pieces that Nexus of Fate brings with it in favor of a more streamlined control-esque package, complete with a combo kill that only demands a copy of Explosion, a Wilderness Reclamation or two, and a ton of land drops.

This deck has what it takes to compete with most of the creature decks, and Niv-Mizzet, Parun makes it line up pretty naturally against the control decks of the format. The biggest weakness of the deck is Sultai Midrange, and with that deck on the decline, it’s time for Temur Reclamation’s time in the spotlight.

If this is your kind of deck, this weekend is the week to play it.

All right, I give.

After a dominating performance last weekend from Izzet Phoenix, it’s time to stop pretending that there are other decks to play. I remember trying to beat Eldrazi decks during Eldrazi Winter, and simply not playing against Eldrazi enough to make it worth it. When you have a clear best deck, it is simply what you should be doing a large enough percentage of the time that you’re doing yourself a disservice playing anything else.

Most of this list is fairly stock, but I do want to draw attention to something from Matt Costa’s list from last weekend that seems incredible: 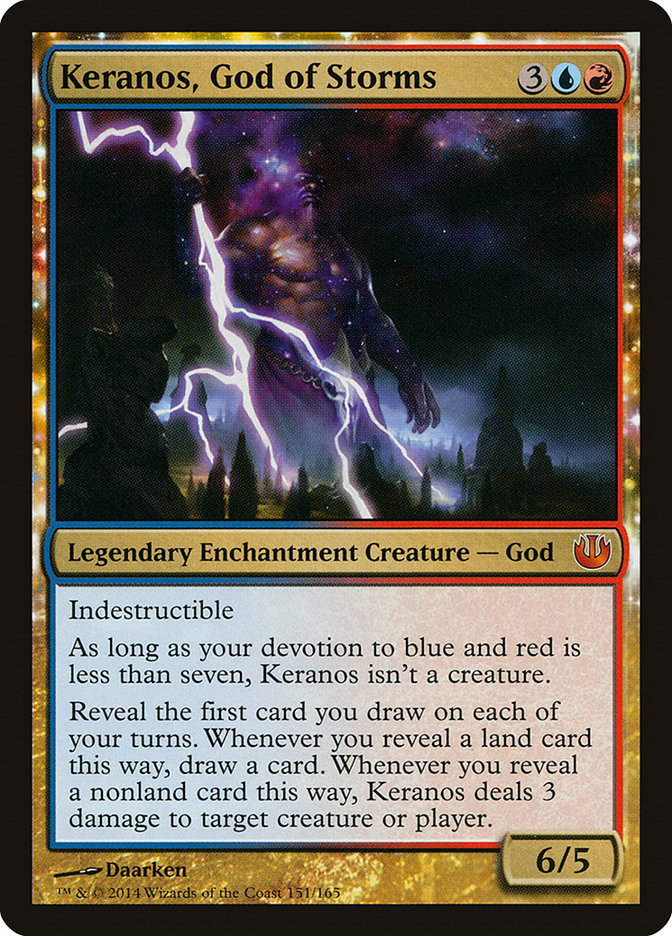 Most Izzet Phoenix sideboards have an extra threat or two for the matchups that turn into grindy slogs, and Keranos is the best one at checking several boxes.

Keranos isn’t the most powerful thing that anybody has ever seen in these decks before (we still have a copy of Jace, the Mind Sculptor in the sideboard, after all), but the key here is that he’s resilient. When planning to play a long game, having an endless source of card advantage is invaluable, and Keranos fills that role perfectly.

Like any control deck, Miracles’s success will scale with how prepared it is for the metagame that it’s planning to play in. 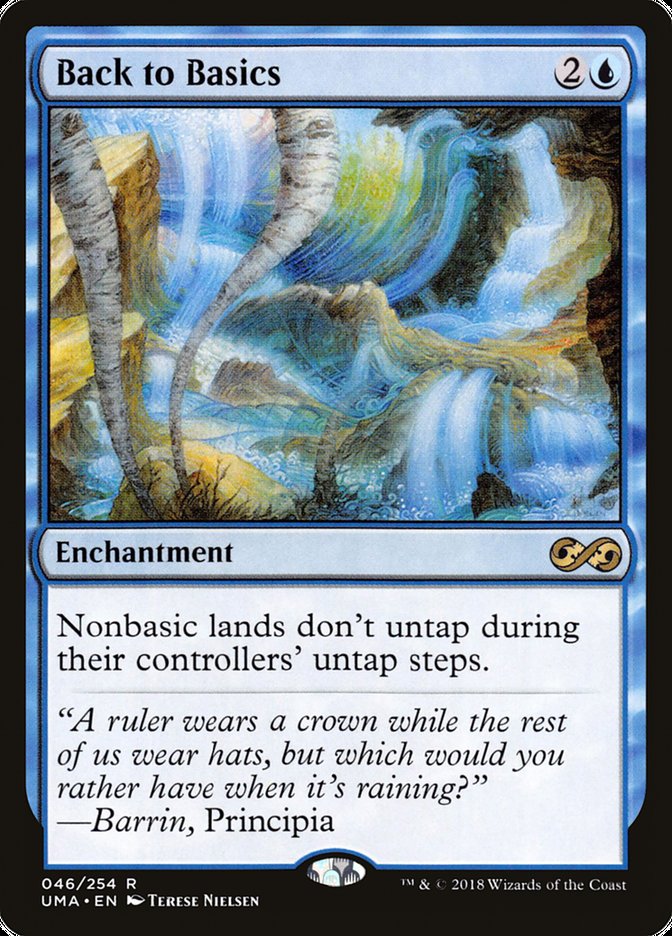 Decks right now aren’t leaning as heavily on nonbasic lands as they were this time six months ago. Put Back to Basics in your sideboard. 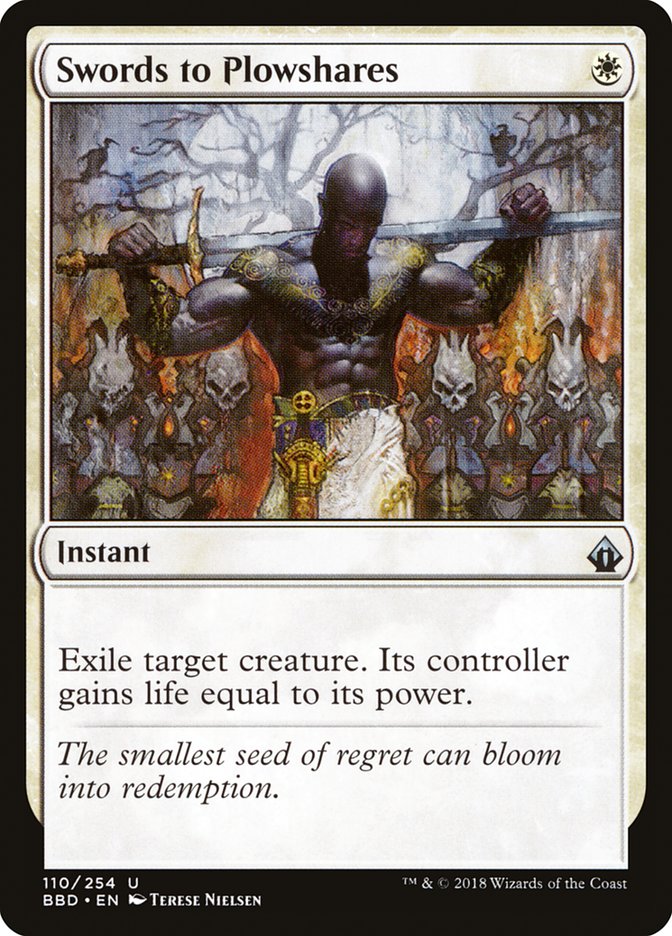 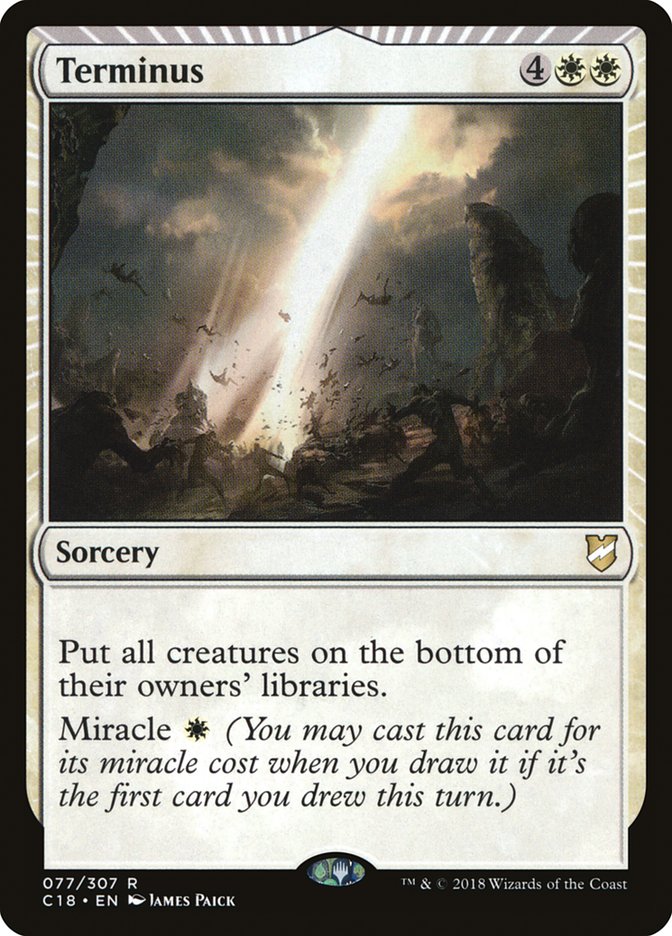 People are playing Arclight Phoenix in Legacy, so don’t skimp on removal.

Team Constructed events reward consistency, not polar records. Having a competent Miracles pilot in the Legacy seat is one of the best ways to lock in a consistent winning record, which is all that any team can asks of its players. As a result, if I were playing Legacy this weekend, I’d play the deck that’s the most likely to yield a solid result for my team, even if it suffers against a couple of players in the format.

On Monday I said “I would just play Sultai Midrange,” and “Azorius Aggro put up good results in recent Magic Online events, but I can’t tell anyone to play that deck.”

I figured it out in the Magic Arena best-of-three queues.

If you expect the metagame to rather narrowly match the top five or so decks from the Mythic Championship, play Sultai Midrange. You won’t regret it.

If you expect people to have diverged from Sultai Midrange, to be playing weird Gruul Spellbreaker or Grixis Thief of Sanity decks that smash the “stock” Esper Control lists, and to be really leaning into Wilderness Reclamation, Azorius Aggro is the perfect exploit.

This is largely Marcio Carvalho’s list from the Mythic Championship Top 8. I cut Tithe Taker for Hunted Witness. Two is still twice as much as one, and the upside really only helps against Mono-Blue Aggro. I’ll also note that I only sideboard out Venerated Loxodon against Esper Control, and even then only because I want Tocatli Honor Guard as a proactive answer to Hostage Taker. I live with that nonbo in my deck against Sultai Midrange and Mono-Red Aggro.

Basically every other week for the last four months I’ve said Amulet Titan is a good deck to play. If you picked it up back in November when I first said it, you would be an expert by now. I’m not 100% sure on the choices the Amulet Titan hive mind came to this week, especially Consulate Crackdown, but the general structure is all good.

If you want to continue ignoring Amulet Titan or have a lifetime stipulation to never play combo and always attack, I’m currently into Humans. All these Izzet Phoenix players just keep cutting Gut Shots and Dredge even cut a Conflagrate. You won’t be playing an undisputed best deck, but you definitely have the right exploit for the weekend.

I sat with Jarvis Yu through eight matches with Storm on his stream the other week, and I have come to a solid conclusion: Storm is just a bad Arclight Phoenix deck. Grixis Phoenix has the same disruption as Storm, but more resilient threats. If your opponent wants to beat Storm and puts in half an effort, your life is going to be miserable.

Storm might be better against a specific subsection of the metagame that involves not playing Force of Will and not playing something that makes your spells more expensive. So literally just Dark Depths and Elves, compared to Arclight Phoenix being better against every deck with the card Brainstorm.

If you would rather play Force of Will, I would snap off Izzet Delver. As I’ve said for the last month, blue decks in Legacy have to be the beatdown. I haven’t tested the format to know whether that’s Death’s Shadow or Pteramander or Arclight Phoenix, but I’ve watched enough Miracles and Grixis Delver players just die to opponents with actual powerful decks to know that doesn’t work in 2019.

It’s no secret that I’m a man who loves some Wilderness Reclamation. And after seeing Pascal Maynard’s 8-2 list from the Mythic Championship, I had to try it out for myself. While the original list was quite strong, I found myself wanting a little bit of help here and there.

For the most part, the maindeck is the same. I liked Shivan Fire quite a bit after playing it. My initial builds all registered Shock as the primary one-mana removal spell, since it could kill a Teferi, Hero of Dominaria or Vivien Reid after the minus ability to kill your Wilderness Reclamation. But the more I played with Shivan Fire, the more I appreciated the flexibility. There is much good in a flexible card that can interact early while also allowing for good use with excess mana. I’ve seen the same in Modern, where Hieroglyphic Illumination is a perfect match for Wilderness Reclamation.

I like this deck’s chances against Mono-Blue Aggro, as ramping into Niv-Mizzet, Parun is difficult for them to contain. You also have a slew of cheap interaction that can be overwhelming, as well as Rekindling Phoenix after sideboard. And while Mono-Blue Aggro has draws that few decks can beat, you’d be surprised at how quickly a game can swing in your favor once you stop Curious Obsession from drawing a ton of cards.

There’s also a lot to be said about playing a deck you genuinely enjoy. I love generating a ton of mana and combo-killing my opponent with a big fireball. At this point, it’s kind of my brand, so I embrace it. I cast Wilderness Reclamation, I float a ton of mana, and I use that mana in obscene ways. Won’t you join me?

Everyone keeps telling me that Izzet Phoenix is the best deck, yet I keep smooshing Ross Merriam on VS Live! with Grixis Death’s Shadow. Sometimes I just kill all the threats he’s able to assemble. Sometimes I strip his hand and swallow him whole with my real big fish. And sometimes I just dome him for twenty with Temur Battle Rage. Either way, I’m beating Phoenix on the regular, and it seems like all my bad matchups keep losing to Izzet Phoenix.

With that said, a deck like this is not for everyone. You often win and lose on the smallest of margins. Every point of life matters, as you need to calculate multiple turns in advance to ensure victory through all possible points of resistance. And sometimes your opponent is left with a bunch of random creatures in hand while you cast a 10/10 for a single mana.

I also respect someone who plays the same deck to back-to-back Top 8s in one of the most skill-intensive Modern formats in recent memory. There’s a reason we keep seeing the same players rise to the top. And whether they’re playing Izzet Phoenix is completely irrelevant. Right now, Phoenix has a target on its back. Everyone has Surgical Extraction and a plan for beating Thing in the Ice. Yes, it might keep winning in the face of that hate, but I’d rather just play a different deck at the moment than jump into that fire. Modern is known to be self-correcting, and I think it’s just about bedtime for ol’ Arclight Phoenix.

While Arclight Phoenix is still fresh on people’s minds in Modern, graveyard strategies aren’t exactly thriving in Legacy. Delver is still on top, but there are a ton of viable strategies. I will always lean toward a deck I think will be more fun to play rather than one that gives me a better chance of winning, though I do love it when both of those things come together. I tried out a few changes to this deck, but every single choice I made ultimately made the deck worse.

I’m starting to think David Raczka is a genius, and genius is often misunderstood. The first thing people ask me when I’m playing this deck is why I’m using Careful Study over Faithless Looting. A fine question, but it becomes obvious once explained. This is not a red deck. This is a Dimir deck using Land Grant to find Island and Swamp. Those Islands and Swamps just so happen to be Tropical Island and Bayou.

The more colors you add, the harder it becomes to cast multiple spells in a single turn. The manabase is perfect. Land Grant is a stroke of brilliance. And going small-ball with Force of Will and a bunch of discard effects is a lot less susceptible to disruption than Dark Ritual and Buried Alive. Even the alternate win condition, Thing in the Ice, gives you a bit of insulation from graveyard hate. I love everything about this deck and I’m very likely to play this exact 75 this weekend in the Legacy seat.